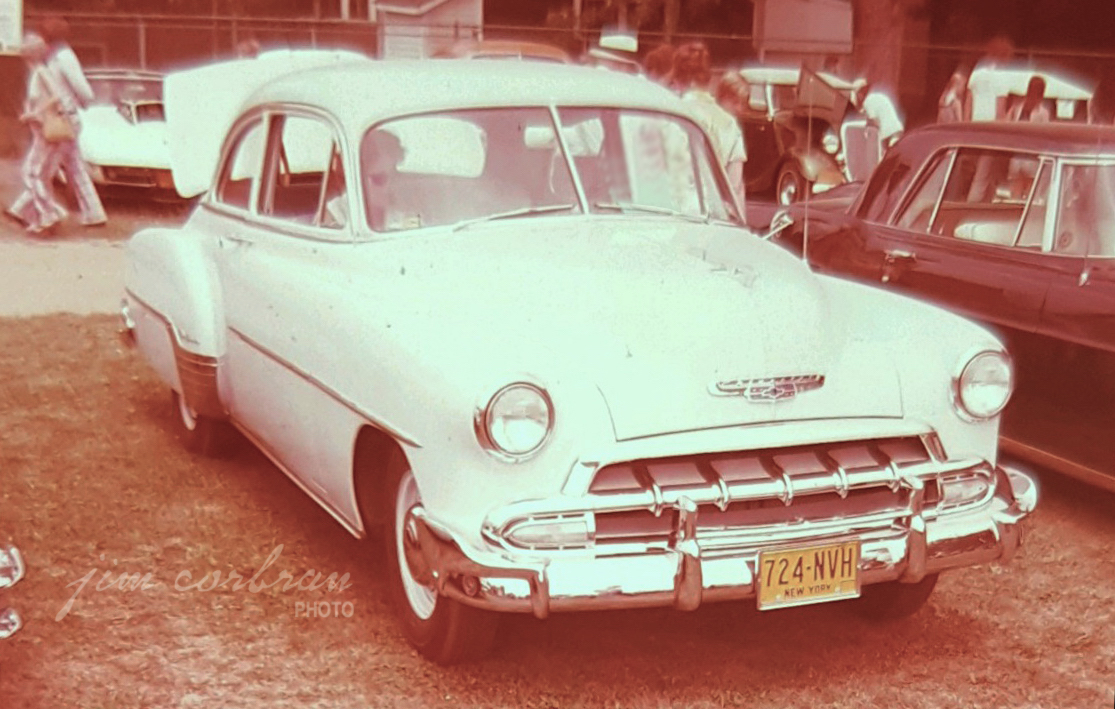 Difficult to tell from this old, faded slide image, but if my memory serves me right (it often doesn’t) this 1952 Chevy Styline DeLuxe two-door was either Spring Green or Birch Gray. Or maybe it was Twilight Blue. Doesn’t look like white was a color back in 1952, so we can rule than one out. The location? Again, a little fuzzy, but judging from the other slides I have which are equally faded, I think this was taken at a car show held on Main Street in Clarence Hollow at a garage that used to work on a lot of old classics.