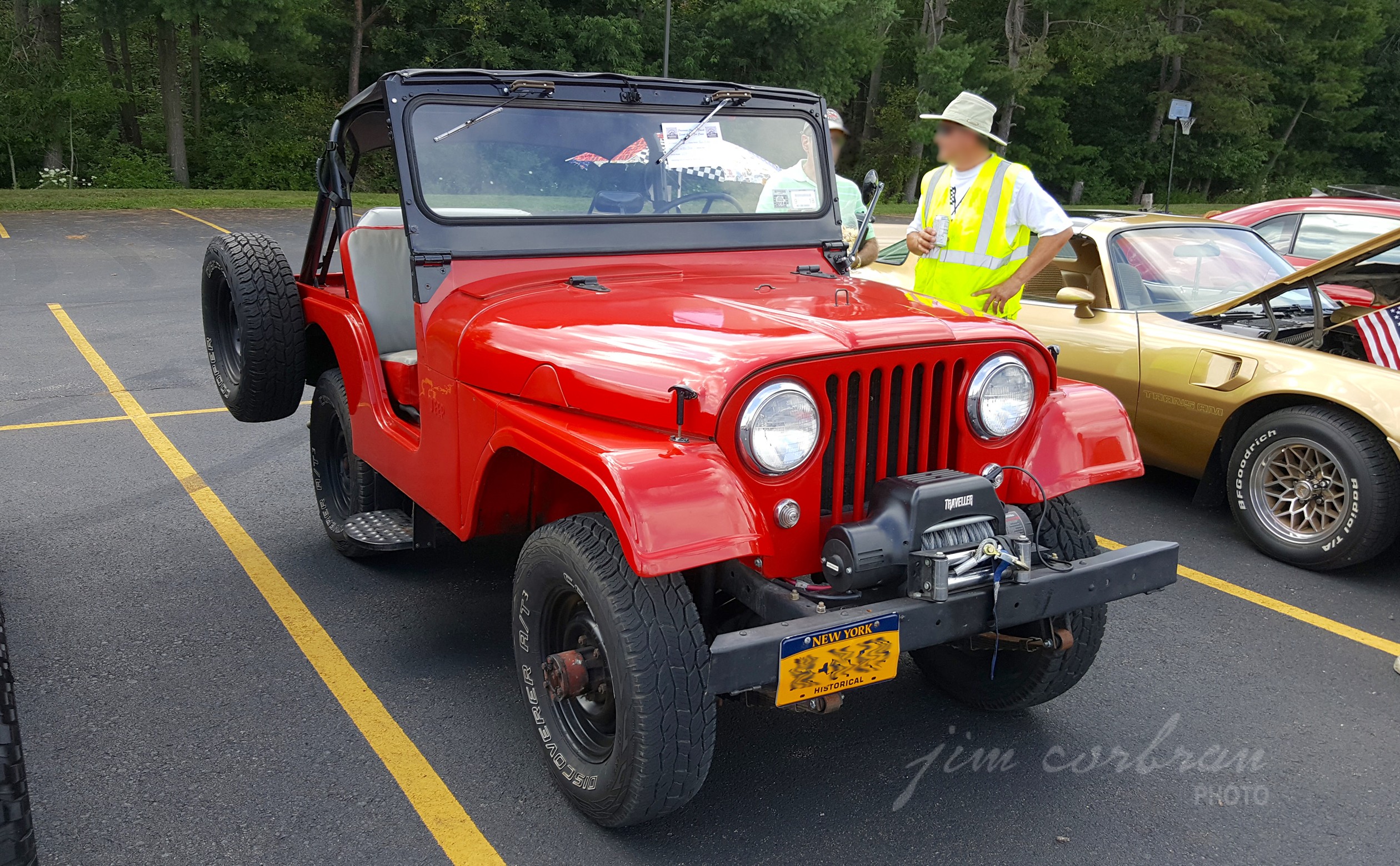 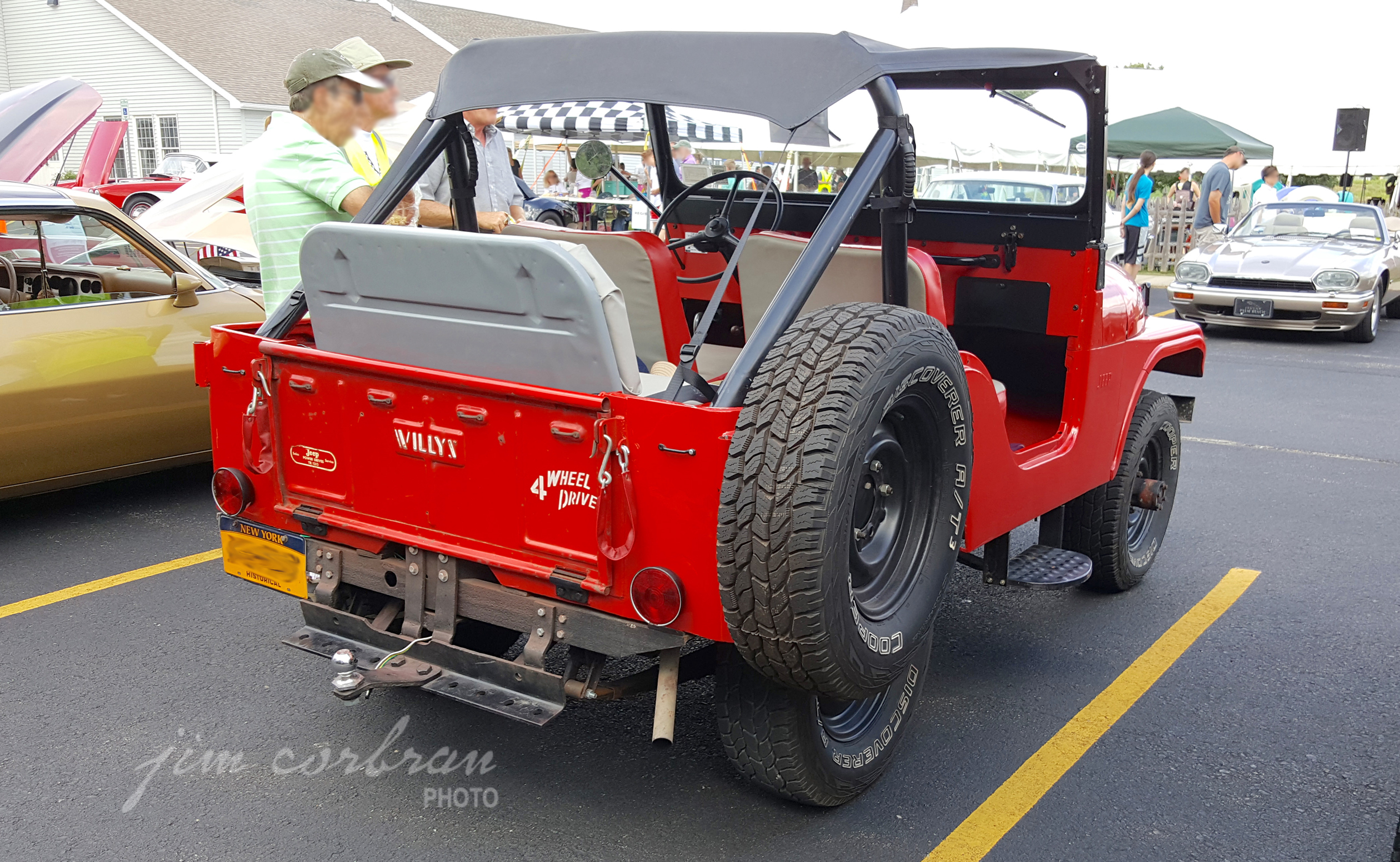 This Willys Jeep CJ-5, seen at the 2ndAnnual Cruisin’ at the Crossroads car cruise at the Crossroads Christian Church in East Aurora, is from somewhere in the mid-1950s to 1963 (notes were taken that day, and notes were lost!). One clue is the “Willys” logo on the tailgate. Willys-Overland sold Jeep to Kaiser in 1963, so it’s no newer than that. Another clue is the dealer sticker on the tailgate — Power Drives Sales & Service. They were at 2439 South Park Avenue (currently part of the parking lot for Sorrento cheese), and first listed in the 1958-59 yellow pages. The following year the listing at the same address and phone number was Darbrake Motors. So, if the sticker is from when it was bought new, it’s probably a 1958 or ’59. In between ’54 and ’63 not much changed visually. If it ain’t broke, don’t fix it!