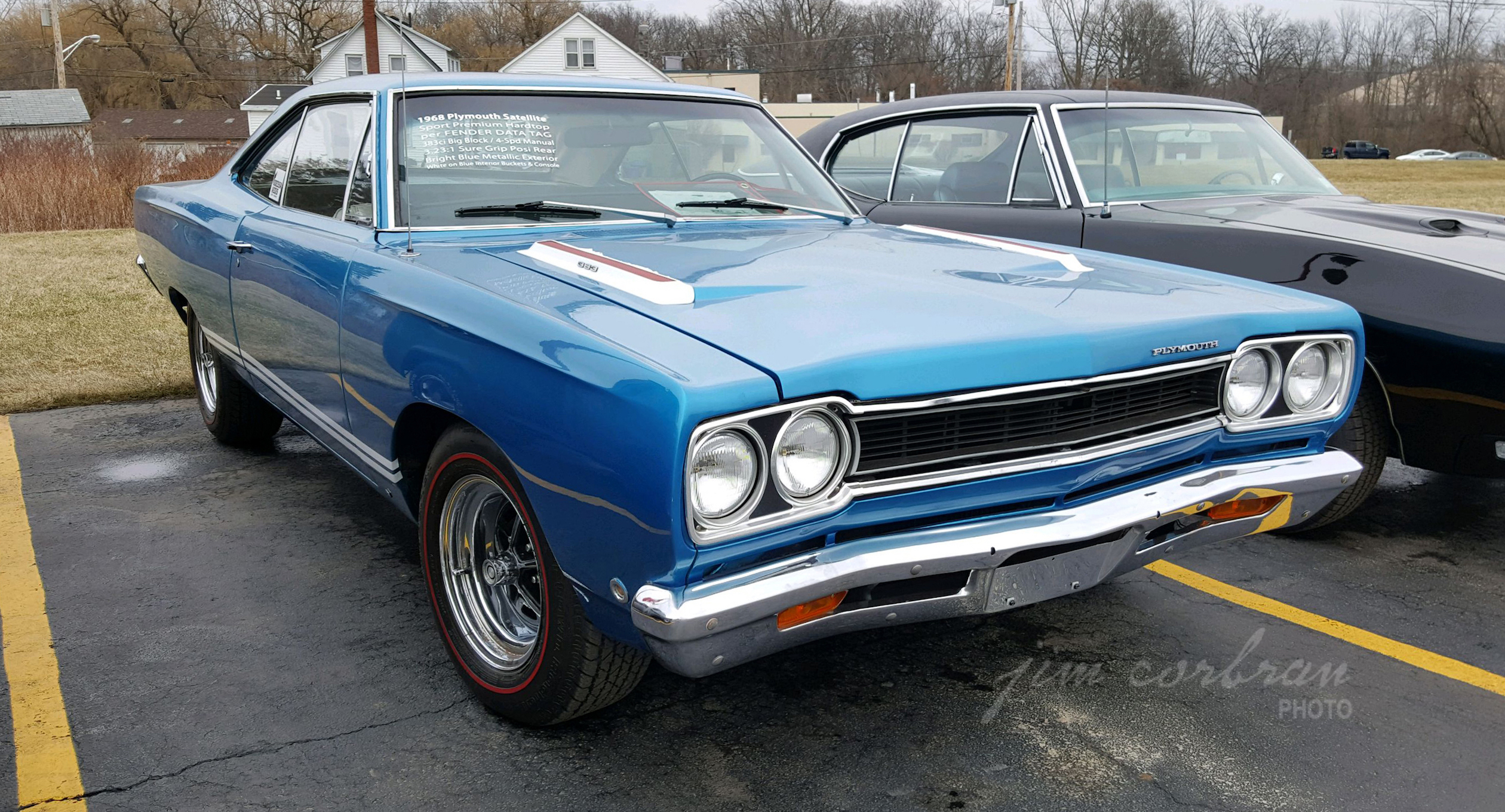 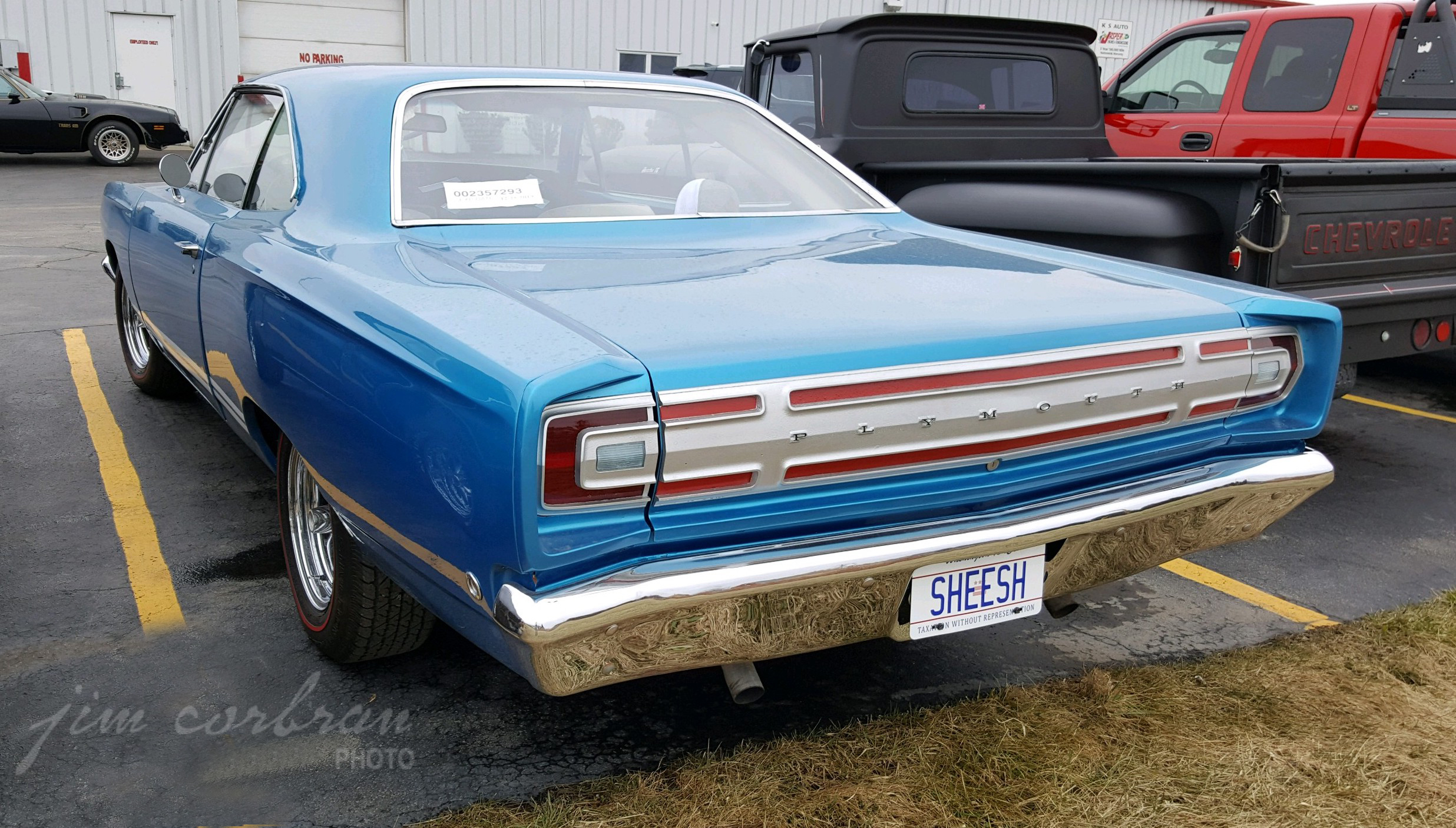 Can’t say I’ve seen one of these in a while — a 1968 Plymouth Satellite Sport. You do though, seem to see plenty of Road Runners (44,599 produced) and GTX (18,940) models, which were the high-performance cars in Plymouth’s intermediate lineup. This Satellite Sport (22,527 produced), seen last week in Tonawanda, is wearing a pair of what Plymouth called “simulated hood air scoops.” They were standard on the aforementioned Road Runner and GTX, but I’m not so sure they were available on the Sport Satellite. I must say, I’ve never seen them in white before. According to the window graphic, this one also has the optional 383cid V8 (a 318 was standard) and a four-speed manual transmission.