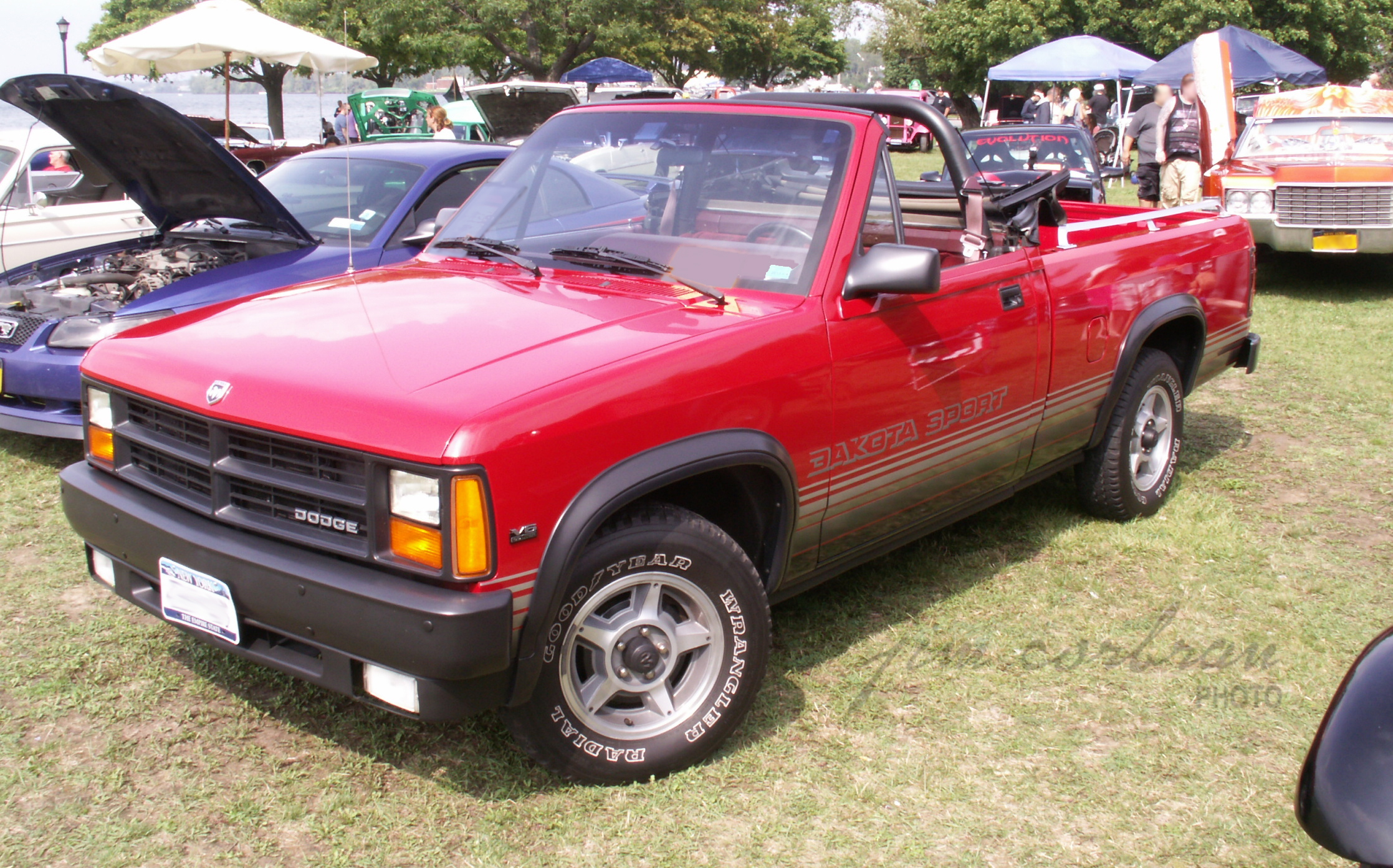 A rather cruelly sub-titled article on hagerty.com called the 1989-91 Dodge Dakota Sport “the drop-top no one wanted.” Ouch. “No one” is a bit misleading, as Dodge did manage to sell 3,759 of these during its three-year model run. What probably seemed like a good idea in the boardroom had a few flaws when those ideas were translated to a three-dimensional object. The first one being, there was really no place to store the folded top except (sloppily) in the front of the pickup bed. That (too small) top also looked a bit odd (IMO) in the top-up position (see the bottom photo from mecum.com, via the hagerty piece).Their article goes on to point out that the top wasn’t always weather-proof, either. You’ve gotta give Dodge credit for thinking outside the box though. We came across this one back in 2013 at an annual Labor Day car show in Tonawanda at Niawanda Park.