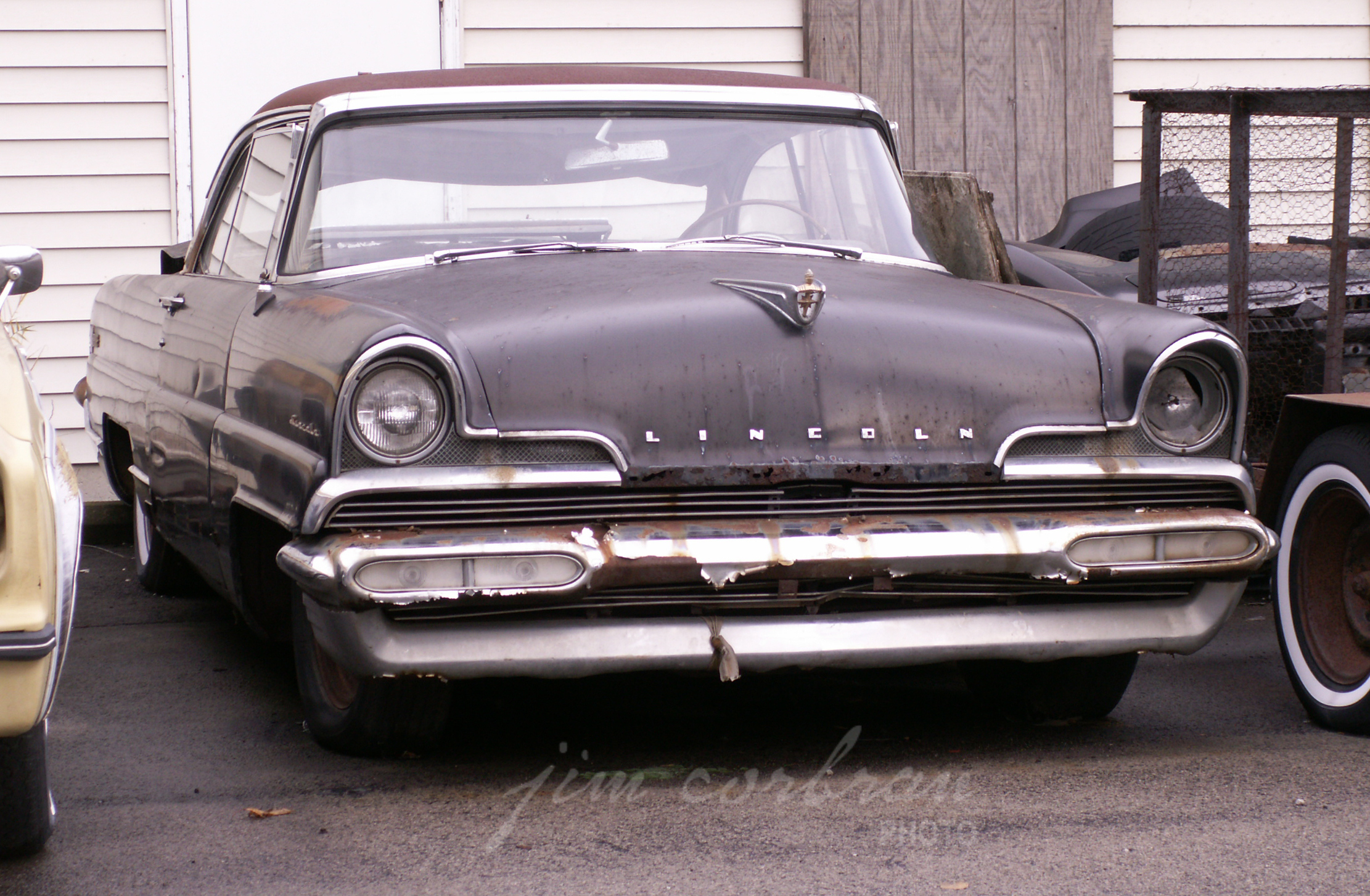 I asked the owner of the Niagara Falls shop where this 1956 Lincoln Premiere had been sitting for years, “What’s the deal with the Lincoln out front?” and he told me it was a parts car for another one which was inside. Since that day in 2016 the shop has closed after the death of the owner, and the Lincoln, last time I saw it, was (I believe) back where I’d originally seen it years before outside of a scrap yard on the Tuscarora Indian Reservation. The Premiere was the pricier of the two Lincoln models for 1956, available in four-door sedan (below), two-door hardtop, and convertible body styles; the Capri offered only the closed versions.