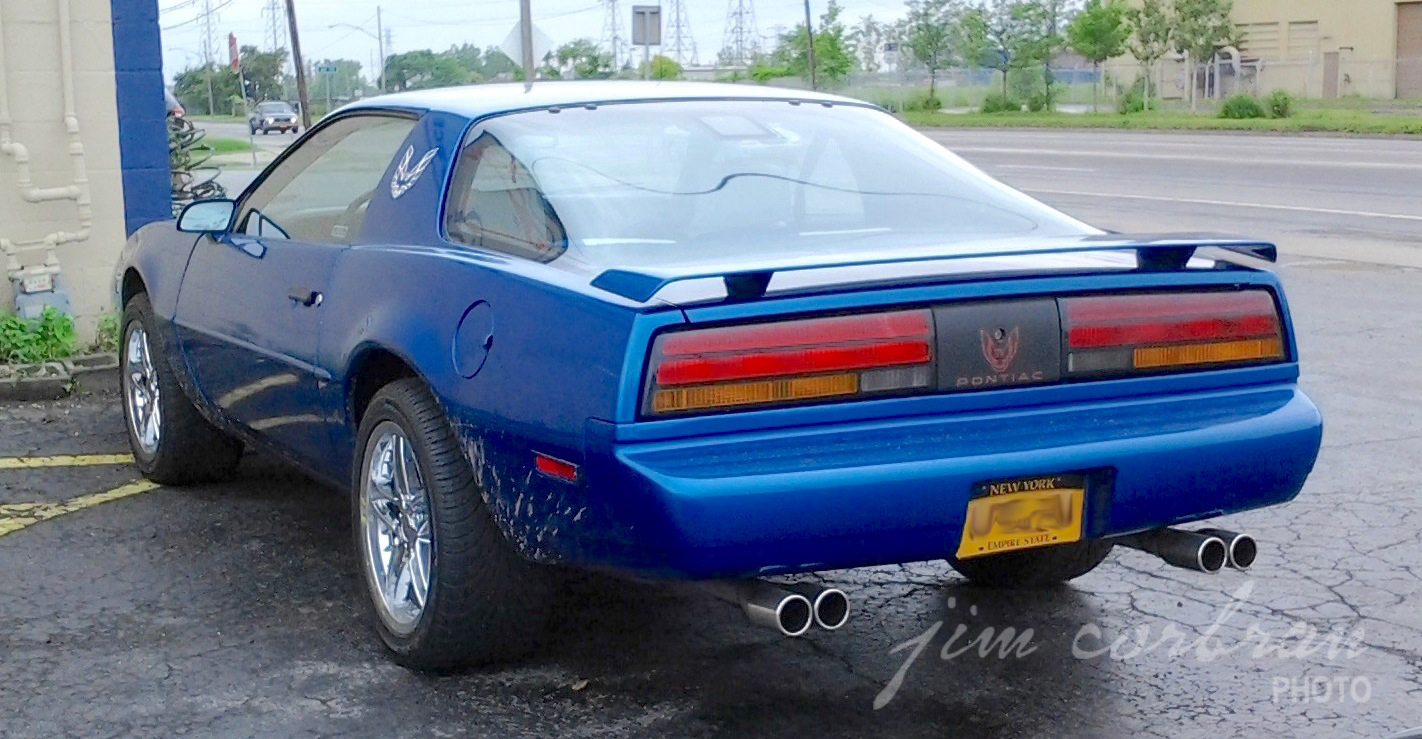 Seeing that this 1991 Firebird is not wearing a lot of the extra plastic cladding seen on many Pontiacs of the era, we’re guessing that it’s either a base model or a Formula. A couple of things here are throwing us off the scent: a lack of Formula decals anywhere to be seen, and those exhaust pipes. The decals could be chalked up to a respray at some point; the pipes could have been added at any time over the past 29 years (we took the photo back in 2015 in Niagara Falls). Guesses anyone?