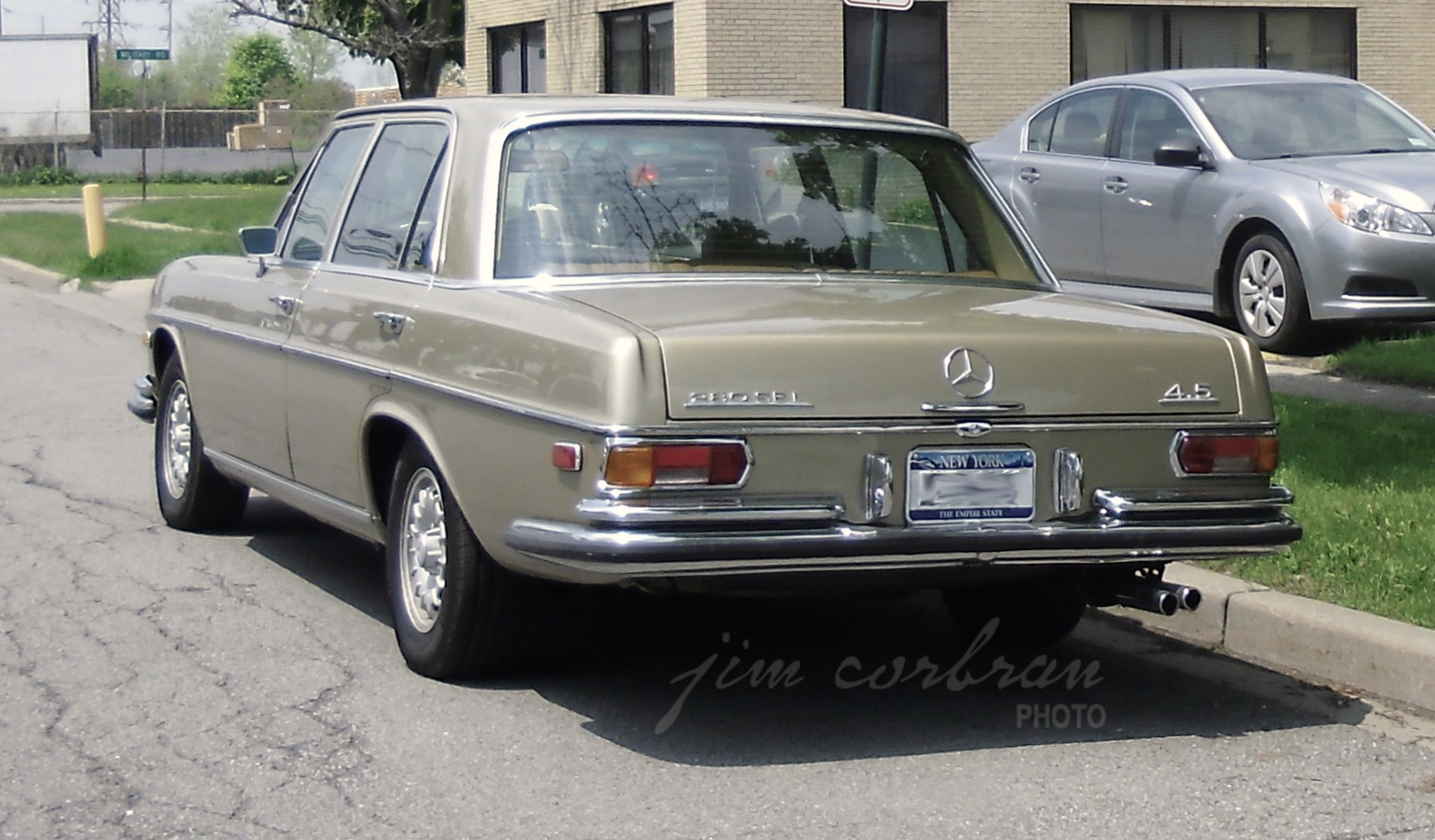 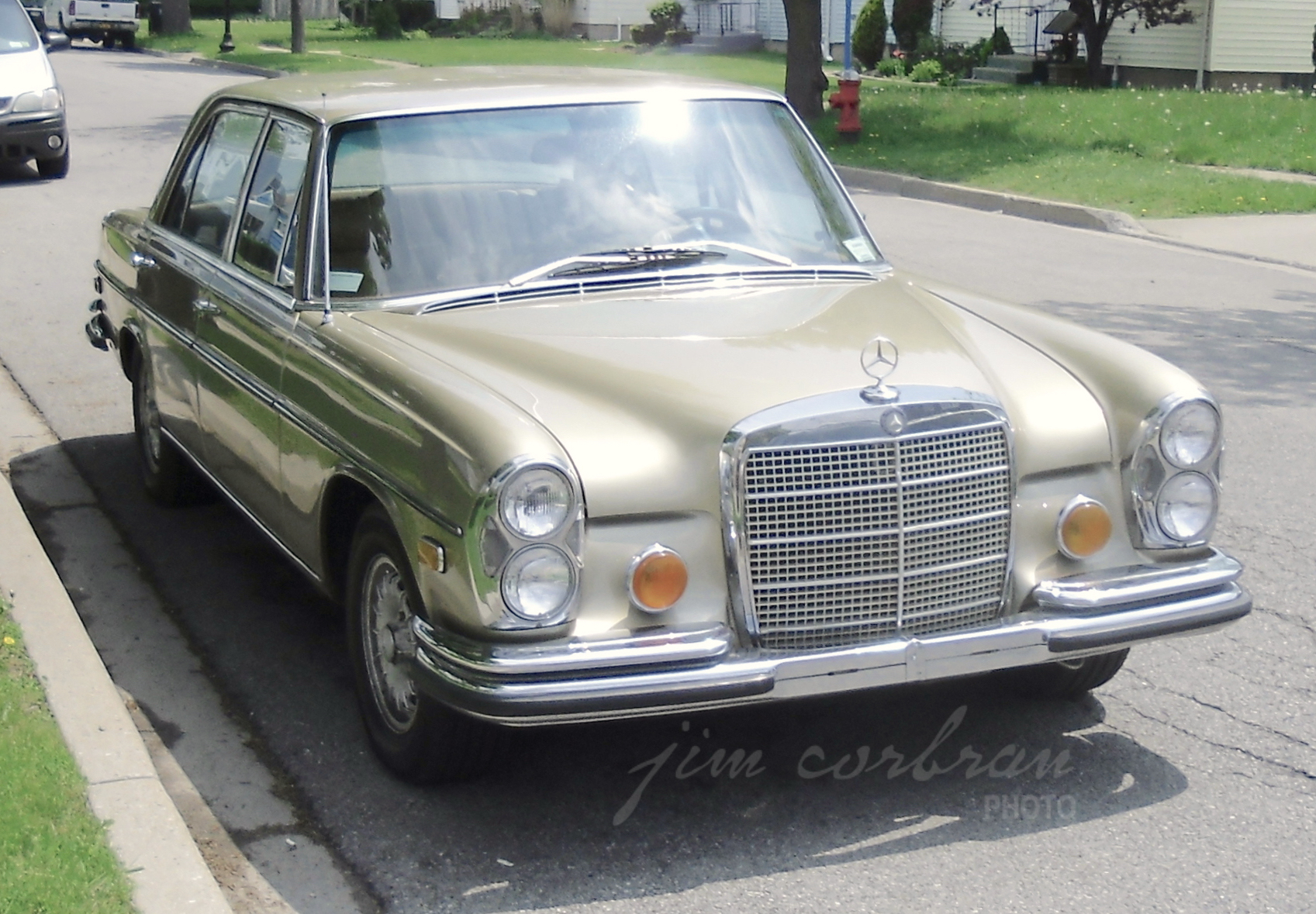 It will probably come as no surprise to learn that under the hood of this Mercedes-Benz 280 SEL 4.5 is… a 4.5L engine! Available only in the sedans which were built from May 1971 – November 1972, the 4.5 was a gasoline-powered V8 engine that also found its way into some of M-B’s sportier models. This iteration of their S series of sedans was built from 1965 through 1973; the final year it was available only in North America. We came across this one a number of summers ago — when we were still using a flip-phone camera! —on a side street in Kenmore.