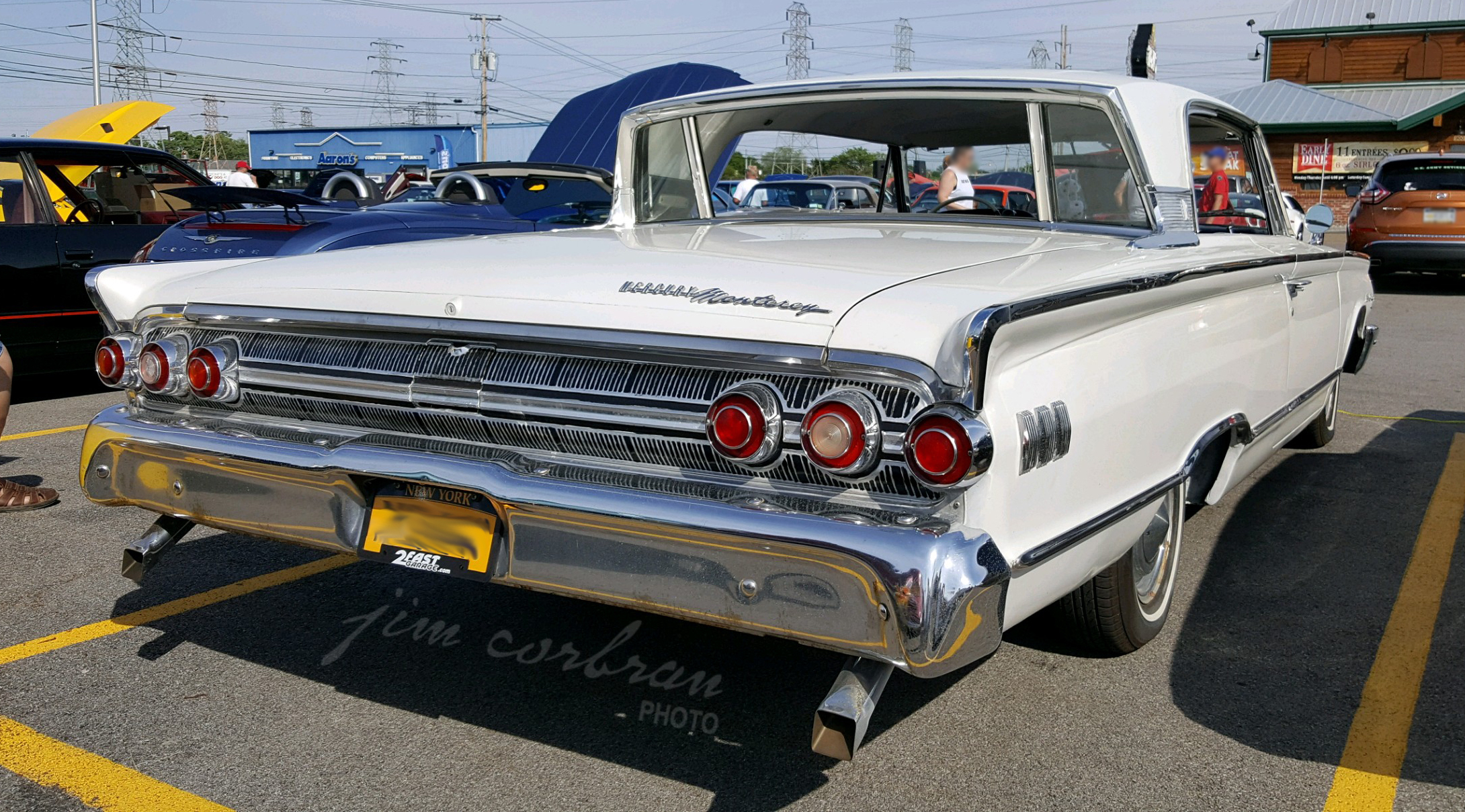 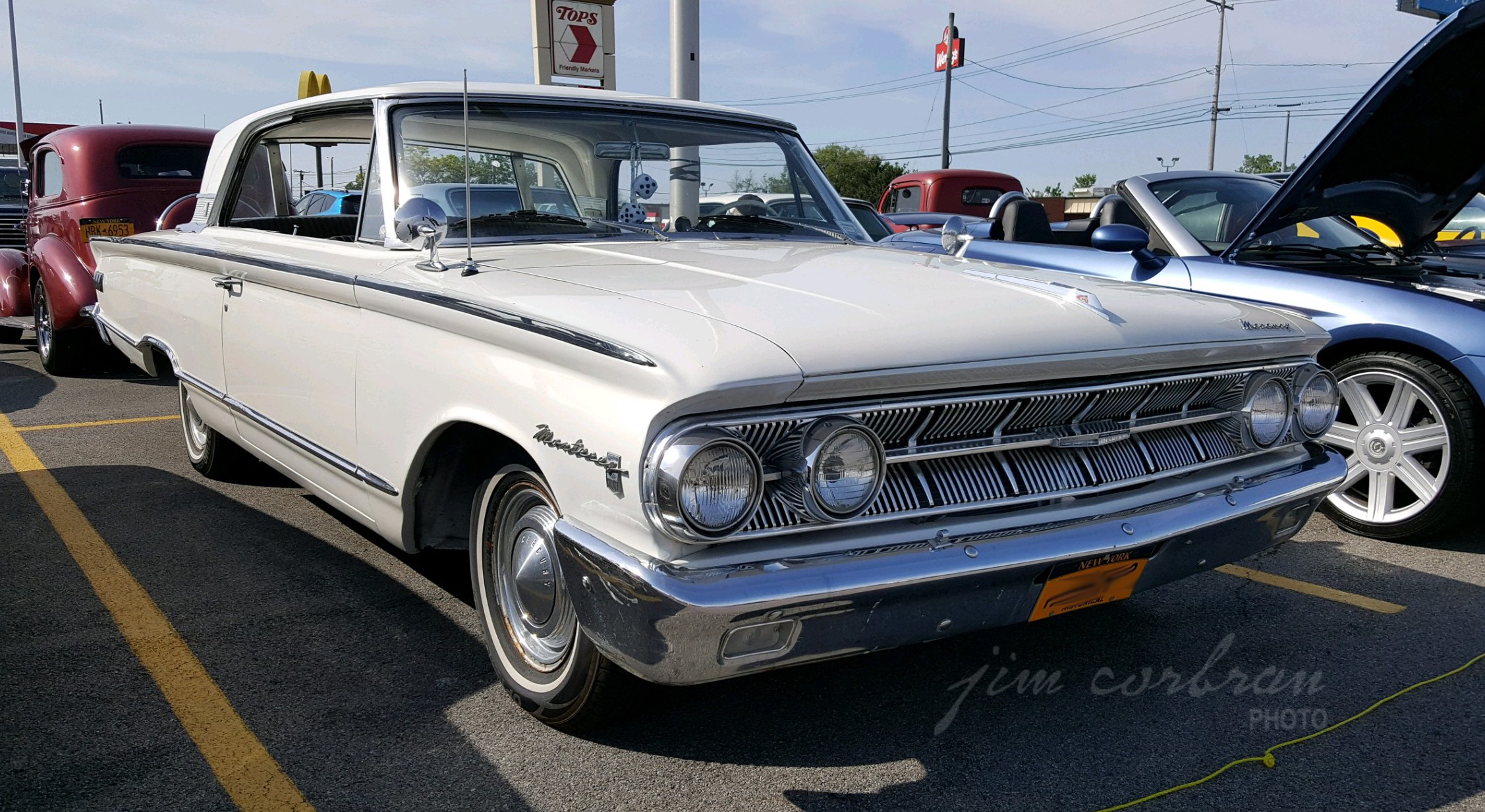 That’s a rather menacing-looking pair of exhaust pipes sticking out the back of this 1963 Mercury Monterey Breezeway. Not stock, I’d say. The rest of the car, seen last summer at a weekly cruise night in the parking lot of the Texas Roadhouse in Tonawanda, looks pretty much as it did when it left the factory — right down to its fully retractable rear window. The big Mercs’ sedans and hardtops all had that opening rear window feature for MY 1963 in the U.S. — at least until the two-door Marauder hardtop appeared part-way through the model year with its sloping roofline. In Canada you could get the price-leader Mercury 400 with a fixed reverse-slant rear window (below). For MY 1964 Mercury’s big hardtop models offered a choice of the Breezeway or the Marauder-style roof on all hardtop models.