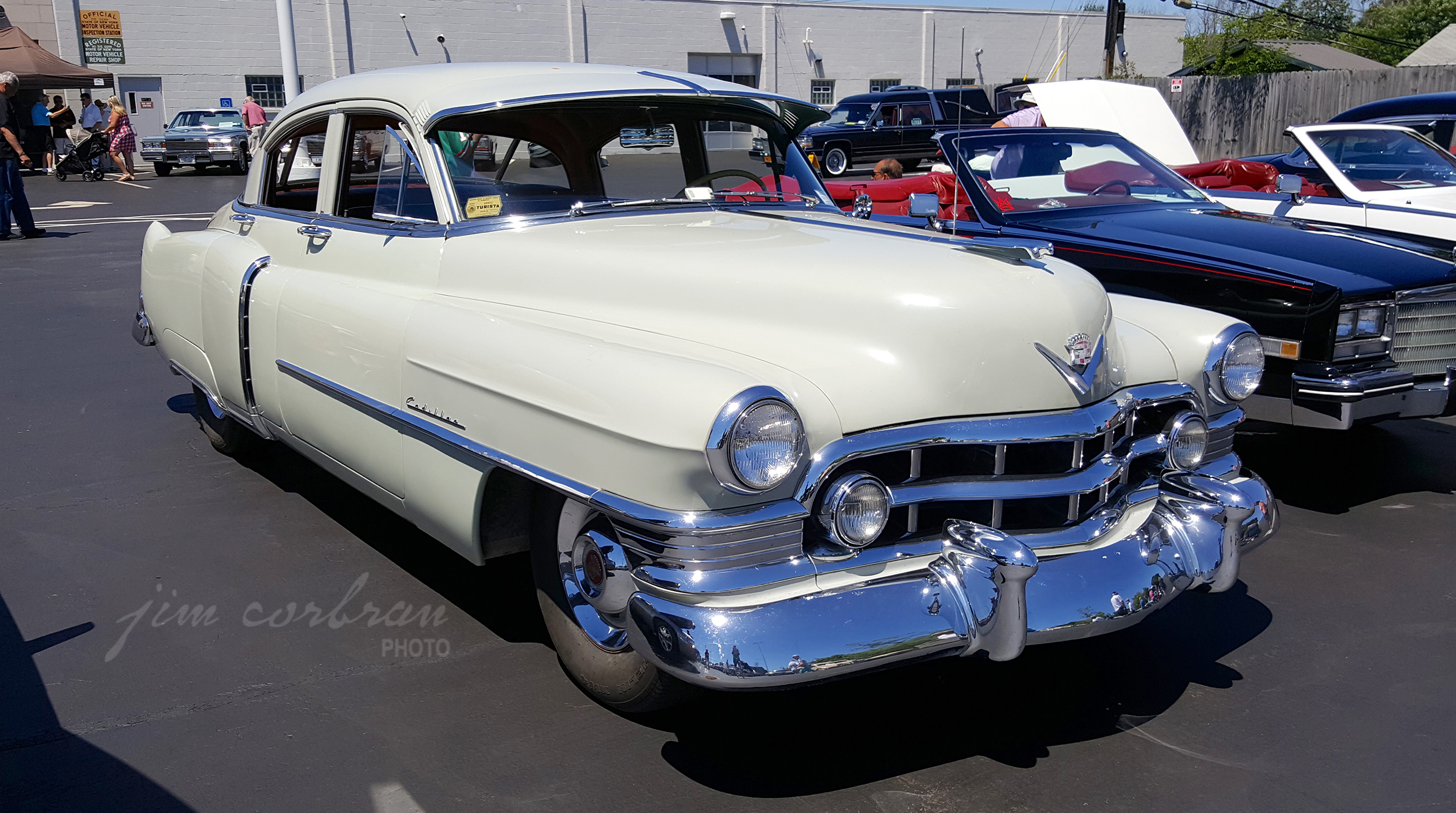 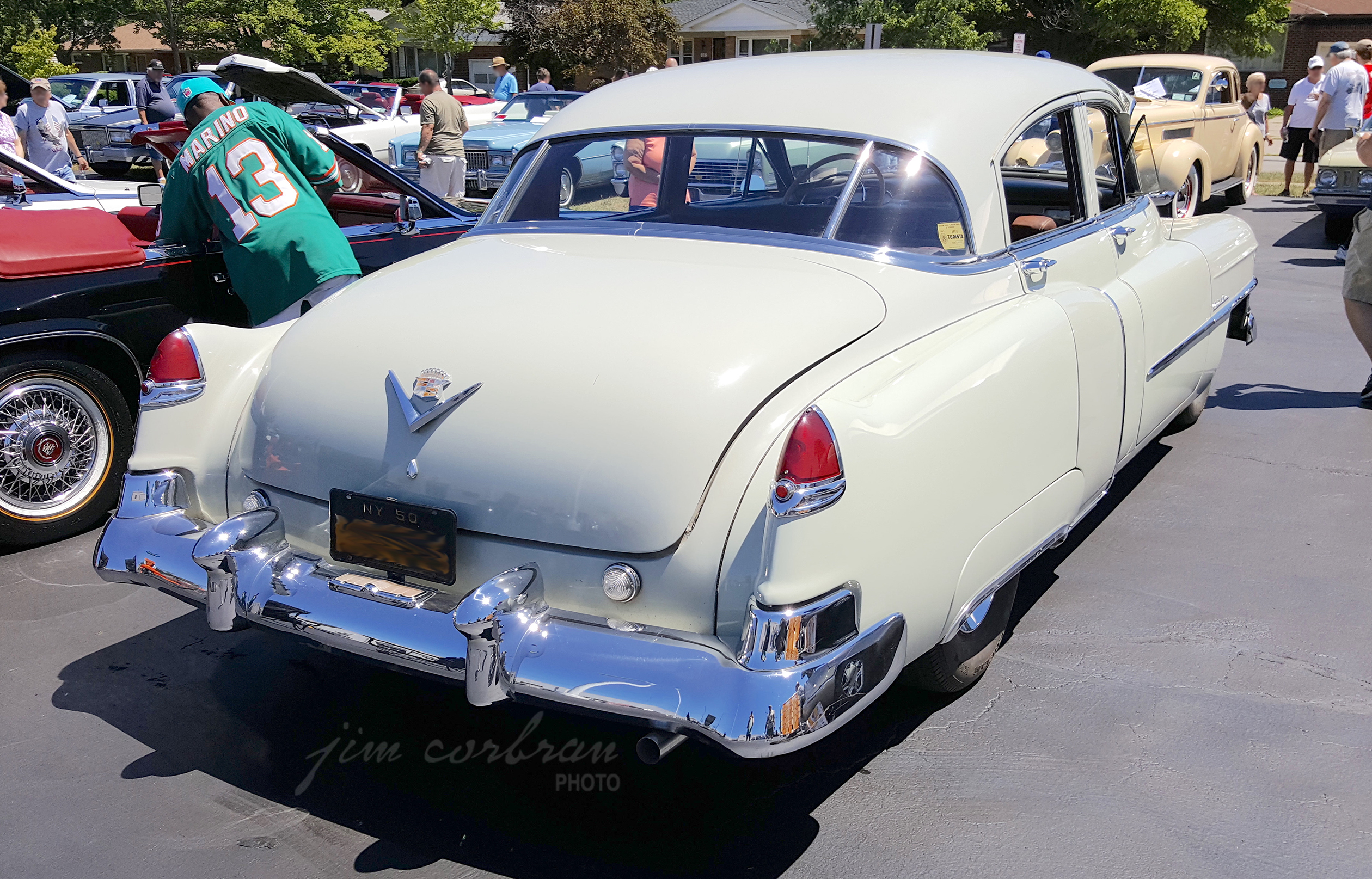 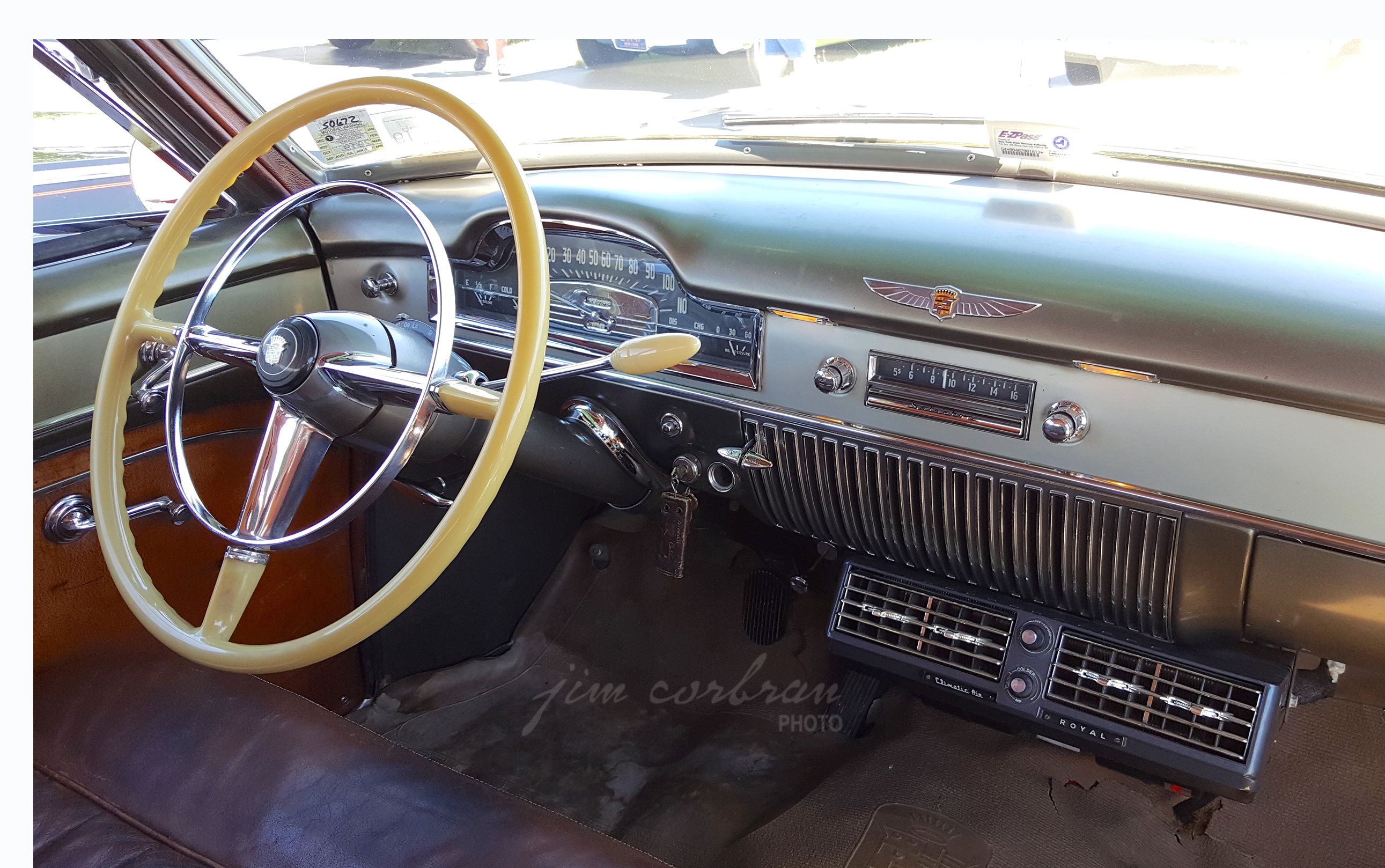 I’m going to assume here (I know, I know!) that the exterior sun visor has been on this 1950 Cadillac Series Sixty-One sedan for a while now. Why? The sticker in the right corner of the windshield seems to indicate that this RealRide made the border crossing from the Tucson, Arizona area to Sonoyta, in the Mexican state of Sonora, back in April of 1966. Historically, Arizona is hot and sunny at that time of year, which also might explain the Royal Climatic Air a/c unit hanging under the dash. If I recall, it was also a warm sunny day back in July 2018 when we took these photos of Cadillac’s “entry-level” car at the WNY Cadillac & LaSalle Owners Club show at Keyser Cadillac in Williamsville. 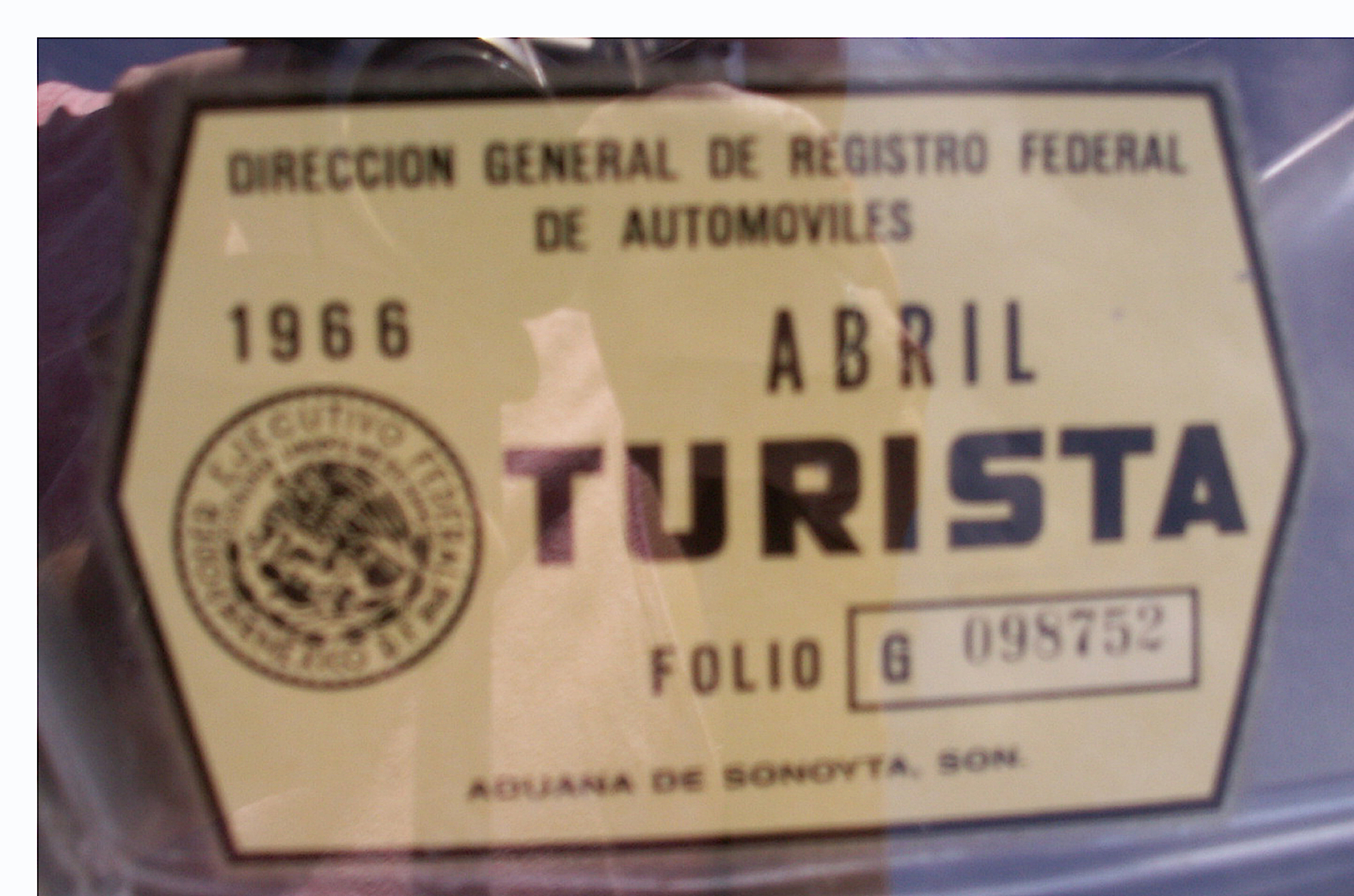