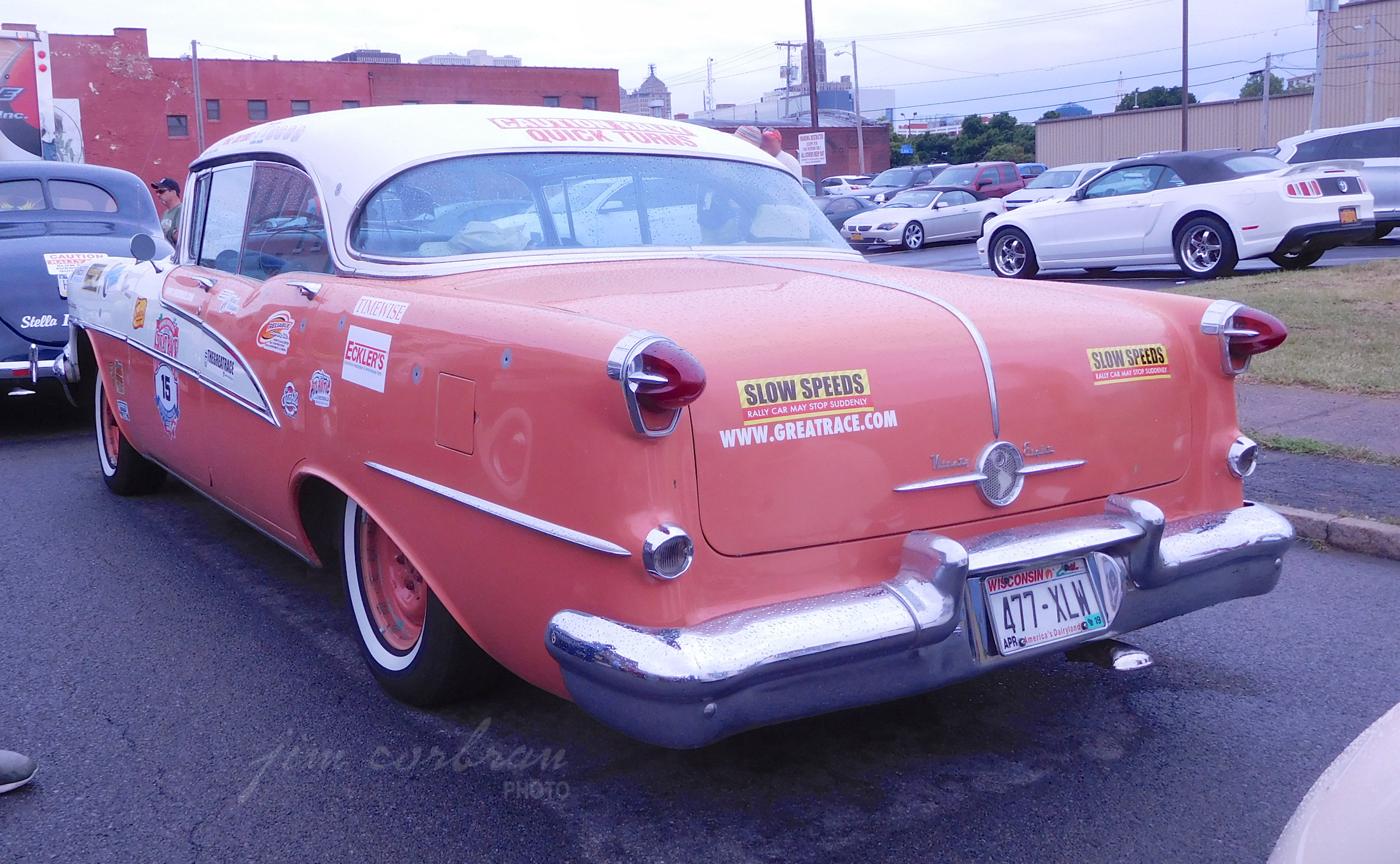 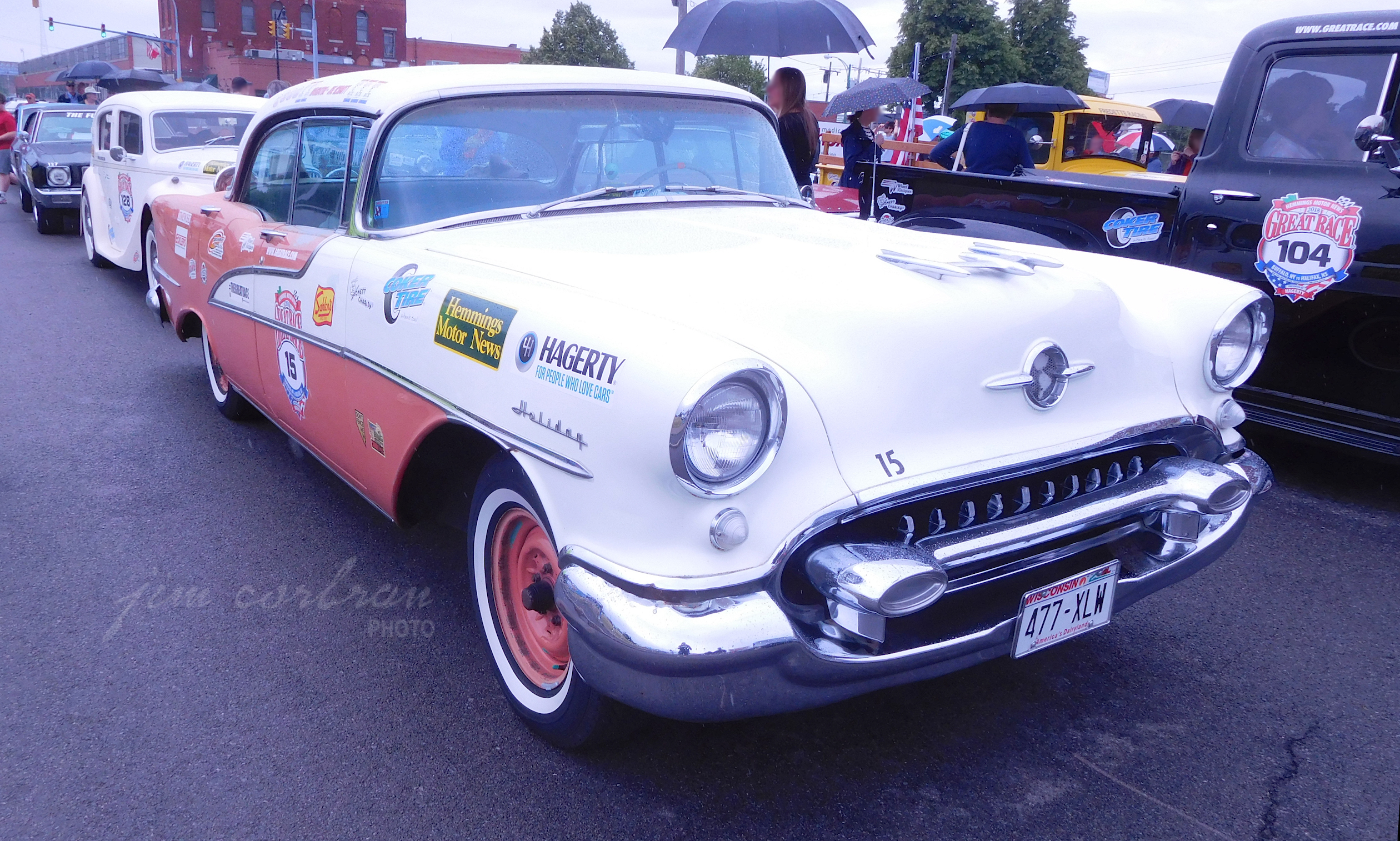 This 1955 Oldsmobile Ninety-Eight Deluxe Holiday Sedan was one of the participants in the 2018 Hemmings Motor News Great Race, which began here in Buffalo and ended in Halifax, Nova Scotia. The Team Schmitt #15 car was driven by Jerry Schmitt of Waukesha, Wisconsin with Joe Schmitt of nearby Oconomowoc navigating. How did they finish? The Olds was 22ndoverall out of 118 starters and 107 finishers. Olds debuted their 4-door hardtop models, the newest body style out of Detroit, partway through the 1955 model year. Some makes would eventually roll out pillarless 2- and 4-door station wagons as well before the fad faded.