The 1961 Pontiac Tempest was one of three of GM’s senior compacts to debut that year (along with the Olds F-85 & Buick Special). Pontiac’s car was a bit out of the ordinary, advertised as being “America’s only front engine rear transmission car!” This, they told us, “…opens up more engine compartment space up front. Now there’s room for an engine not a putt-putt!” It also eliminated the “usual front floor hump” which meant the Tempest “Seats Six Men!” This RealRide, photographed in West Seneca, is one of the many interesting cars in the garage of Buffalo’s Joseph Galvin. That’s his ’64 Chrysler in the background. 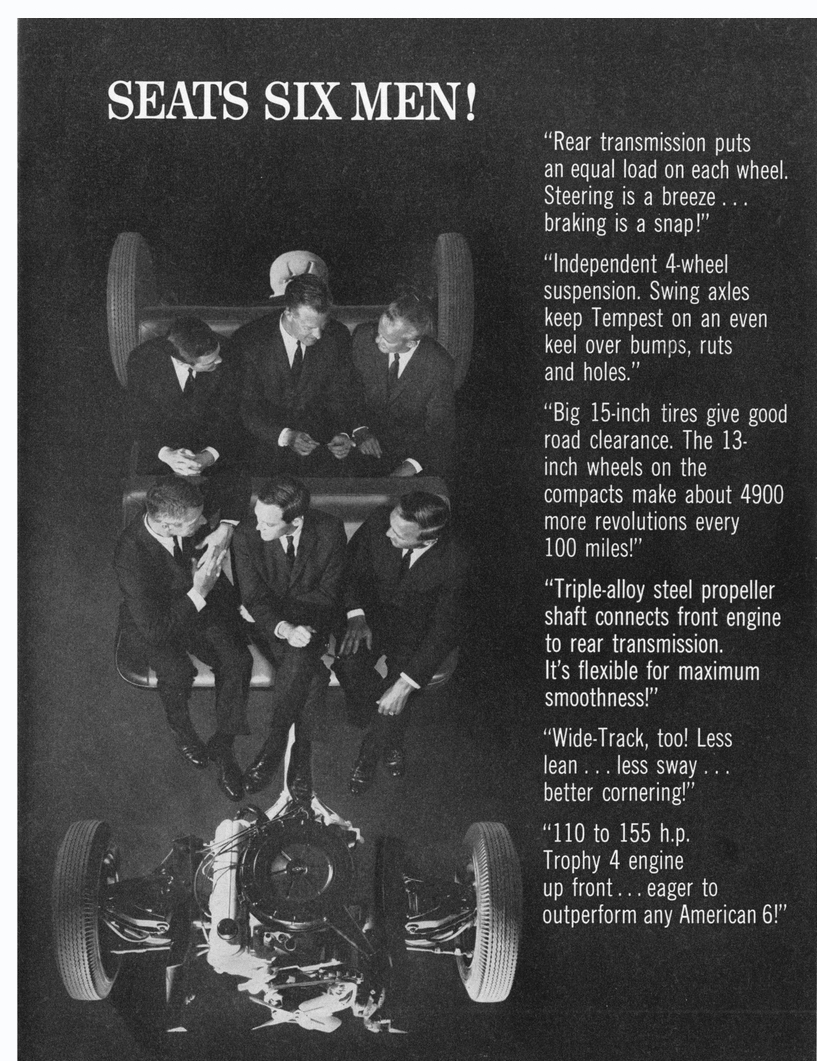