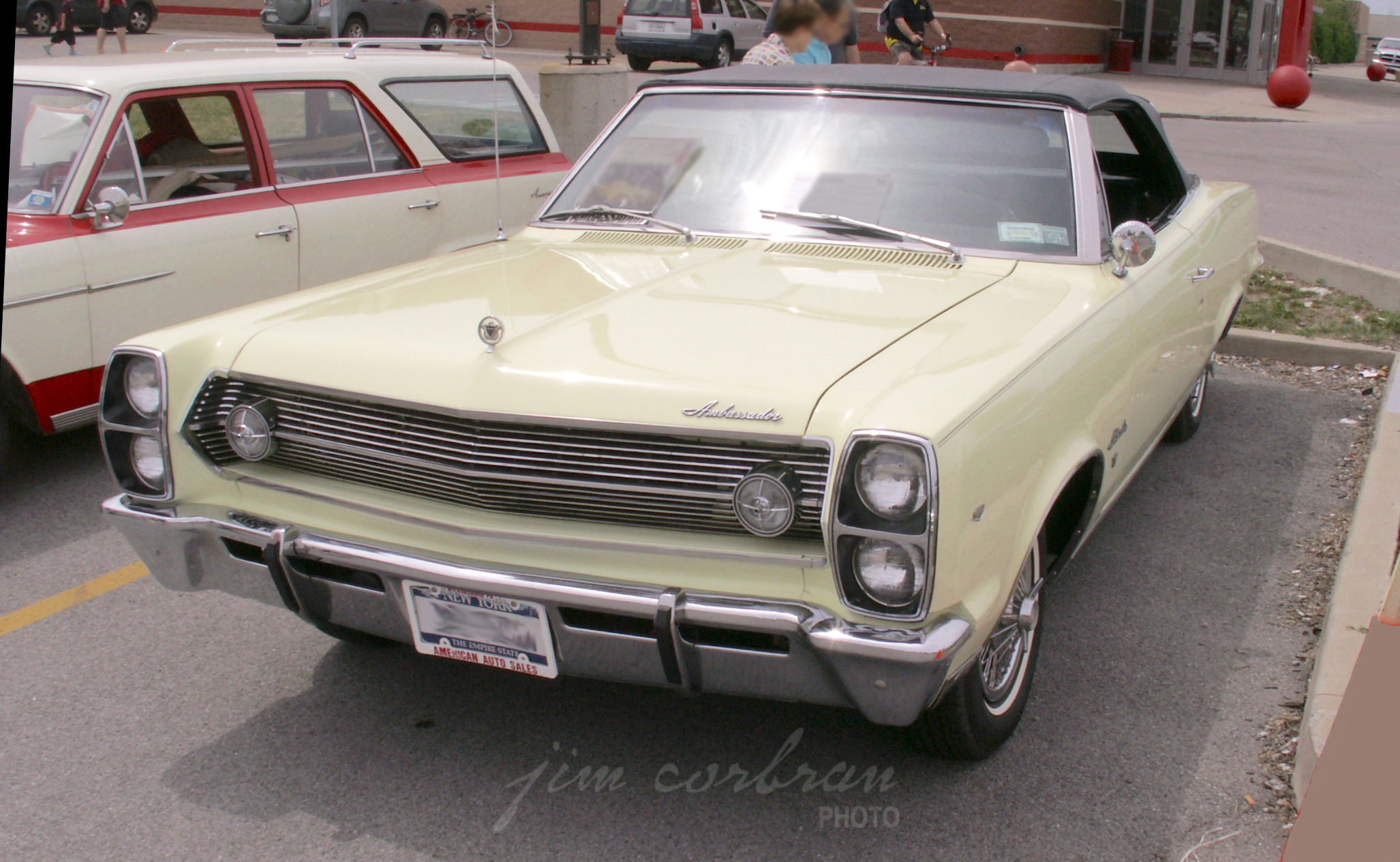 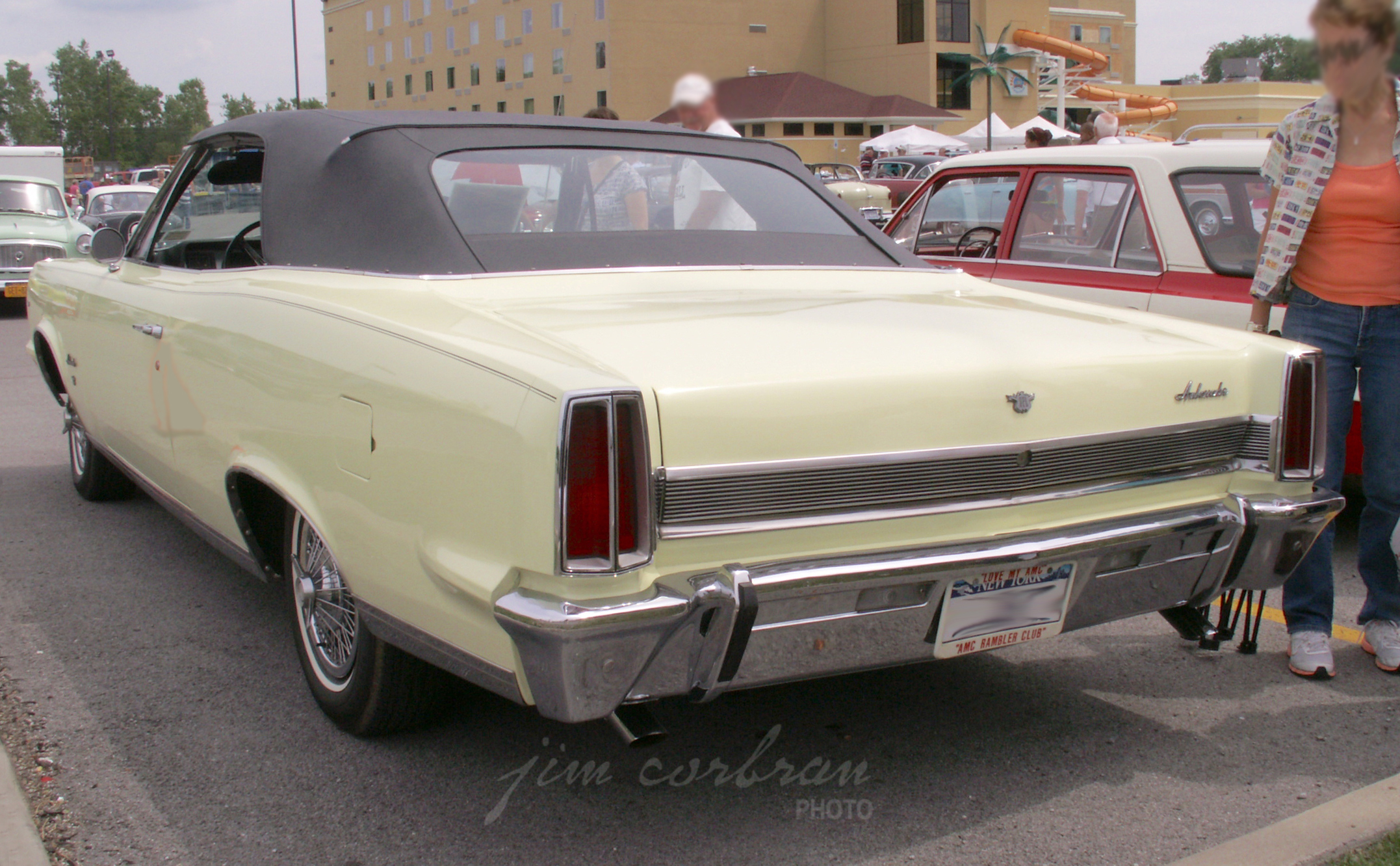 The brochure for the 1967 AMC Ambassador DPL convertible called it “A luxury convertible that lets you put four-on-the-floor and three-in-the-rear!” Of course, the 4-speed was optional, but a V8 was standard in the drop-top, a 290cid Typhoon V-8 to be precise. Beginning with MY 1967, AMC’s big fastback coupe, the Marlin, was part of the Ambassador lineup, and shared its luxury interior appointments as well as its front clip. We came upon this yellow DPL back in 2013, at the Grand Nashionals in Batavia.