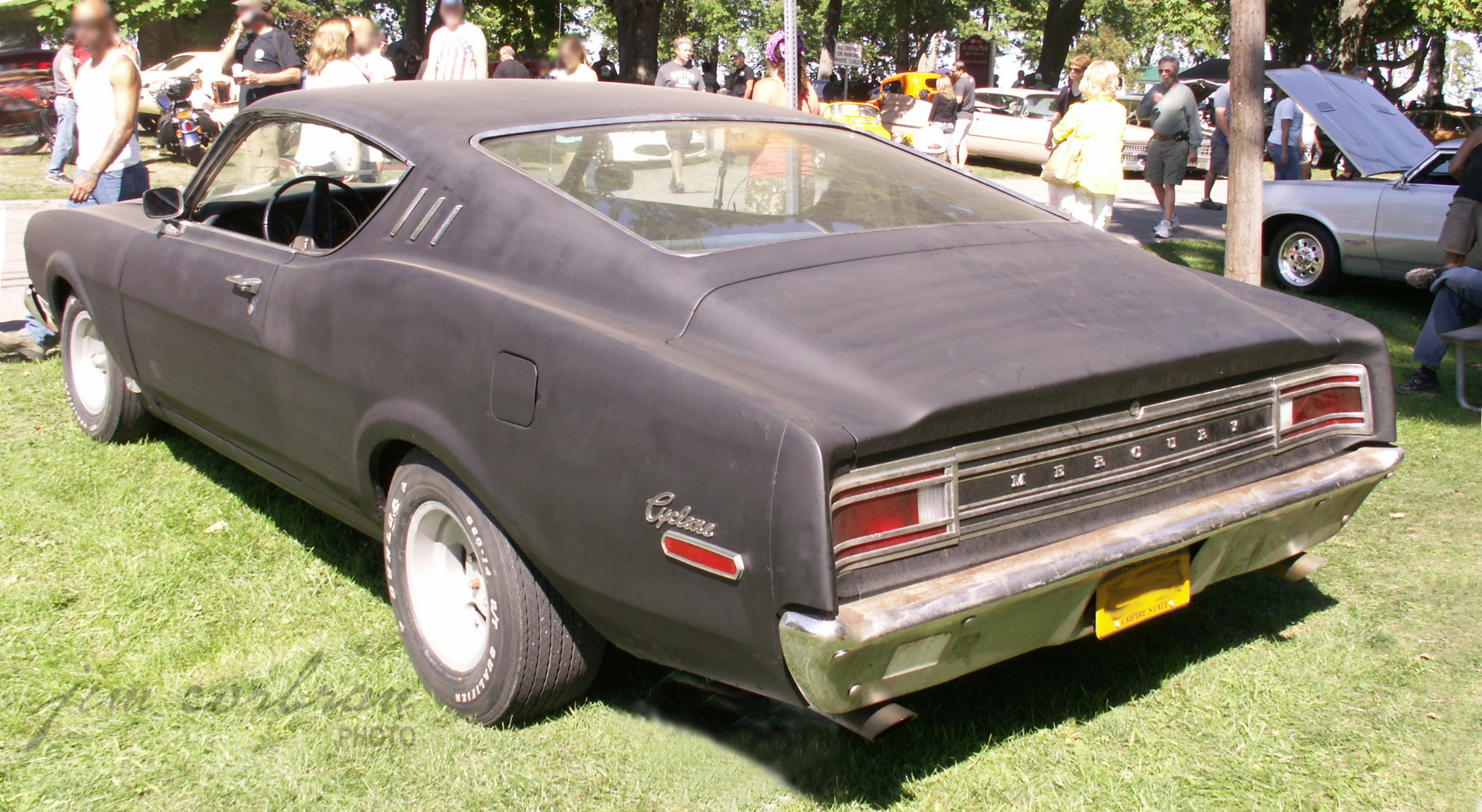 This 1968 Mercury Cyclone was just one member of the marque’s midsized lineup which ranged from the price leader Comet sports coupe on up through the Montego, Montego MX, and Montego MX Brougham — topping off with the high-performance Cyclone GT. The Cyclone was offered as a more formal two-door hardtop (below) as well as this fastback. Cyclones (and the Cyclone GT) came standard with a 302cid V8; Comet and Montego models’ standard powerplant was Ford’s 200cid straight six. Saw this relatively rare (only 6,165 produced) fastback in 2016 at the 30thAnnual Olcott Beach Car Show in Olcott.


Got a RealRide you'd like to see featured here? Drop us a line at RealRidesofWNY@gmail.com