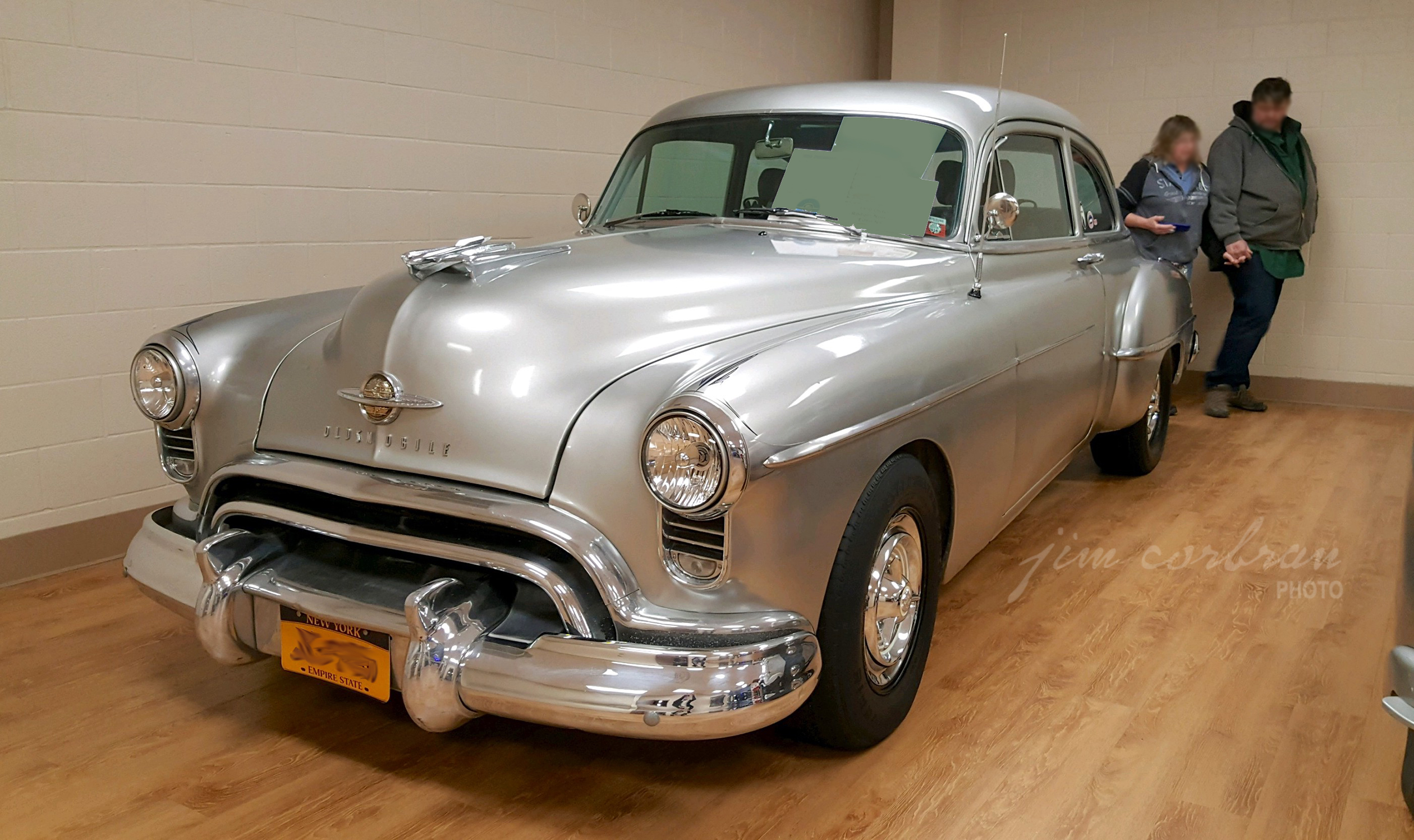 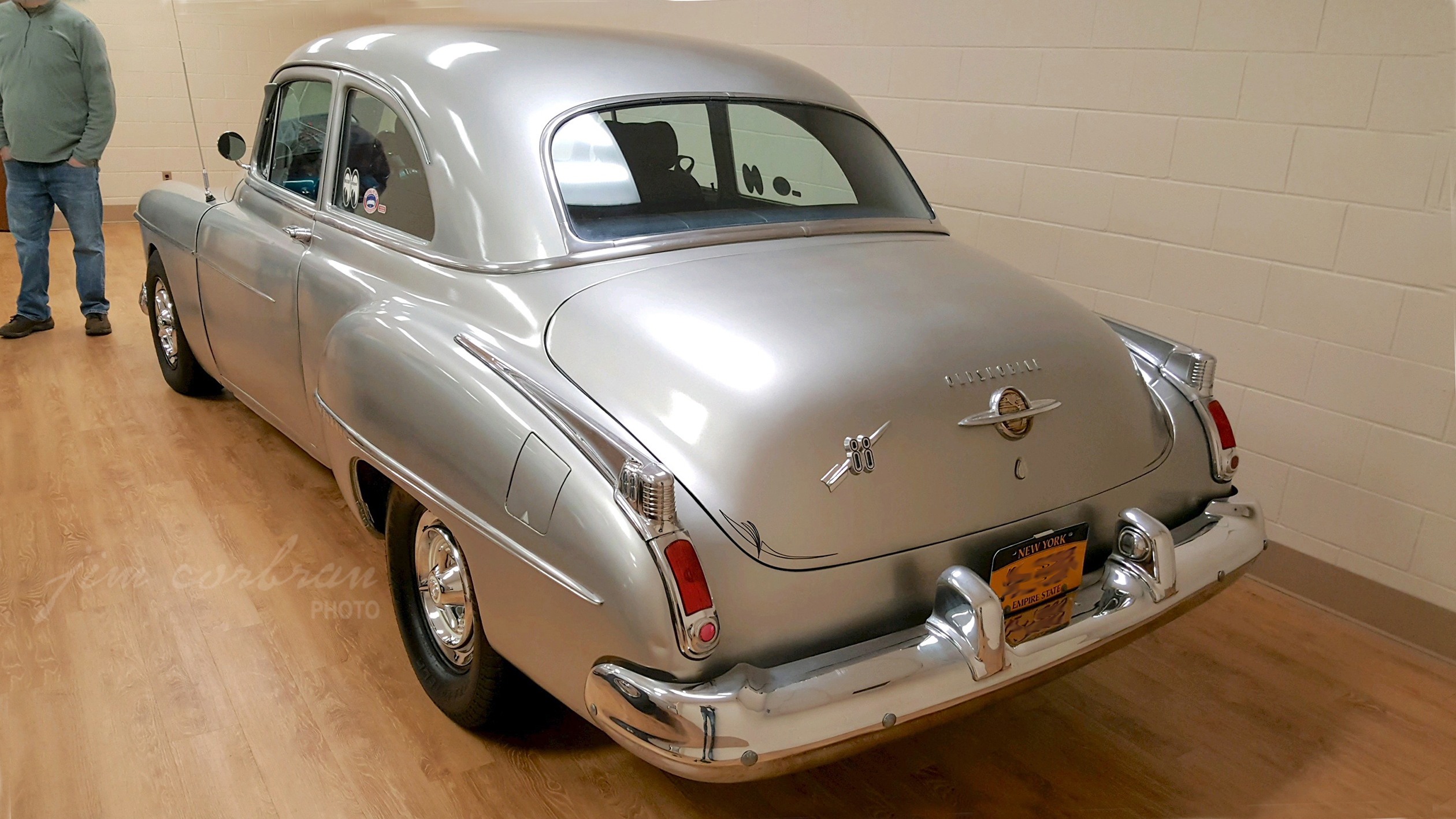 We found this 1950 Oldsmobile 88 two-door sedan at this year’s Cavalcade of Cars in Hamburg — which at this point looks like it might be the last gathering of cars and fans of cars for a while! This one brought back memories. My Uncle Ray had an 88 club coupe (or as the brochure says — club coupé) in dark green. It had the Olds Rocket V8 and a three-on-the-tree. Olds called this engine “The Power Sensation of the Nation.” It had a displacement of 303.7 cu. in. and was rated at 135 hp. It was touted as “…the engine of the future.” I imagine they’d be quite surprised to peek under the hoods of some of today’s cars and see what the engine of the future turned out to be!