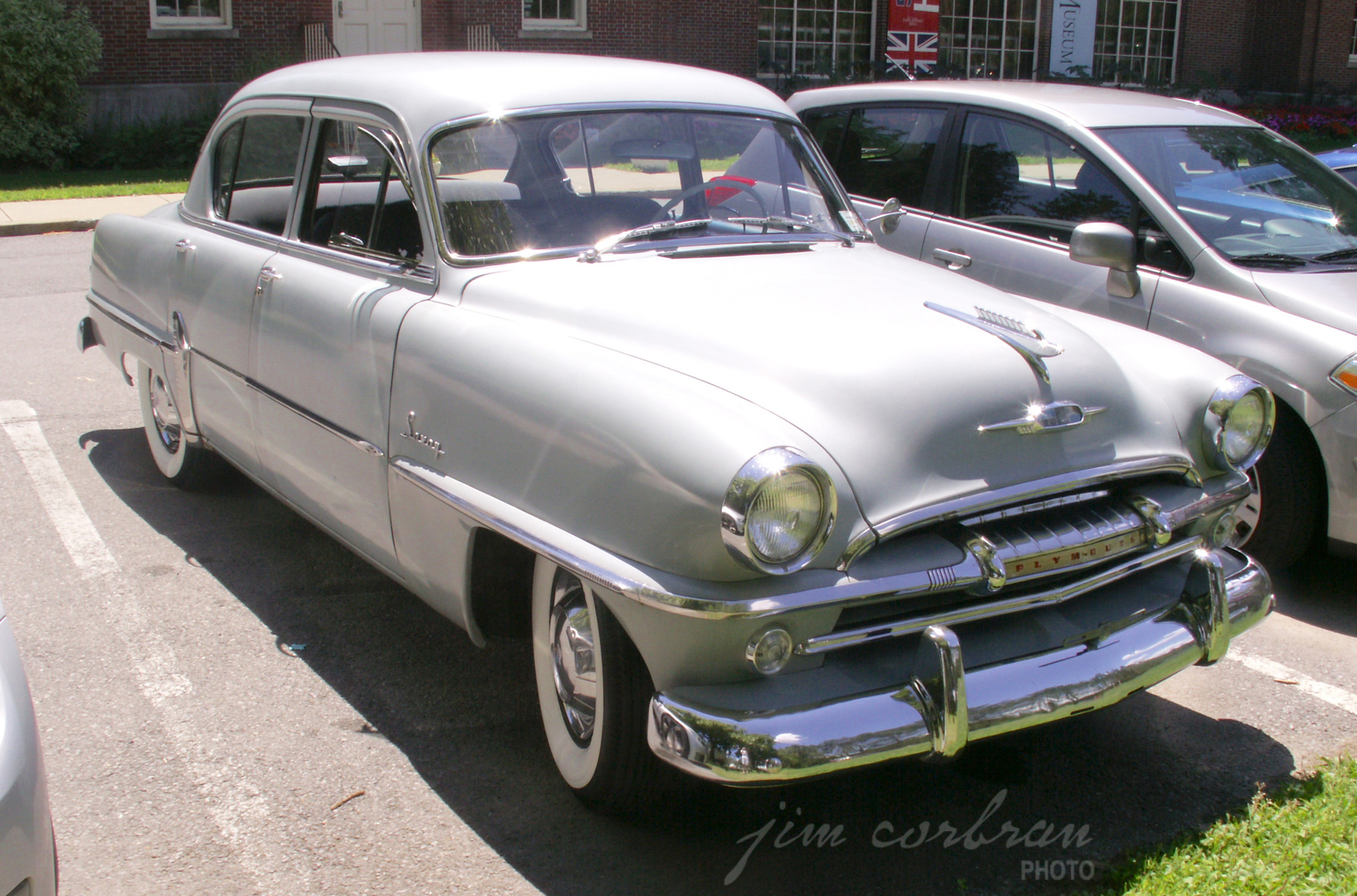 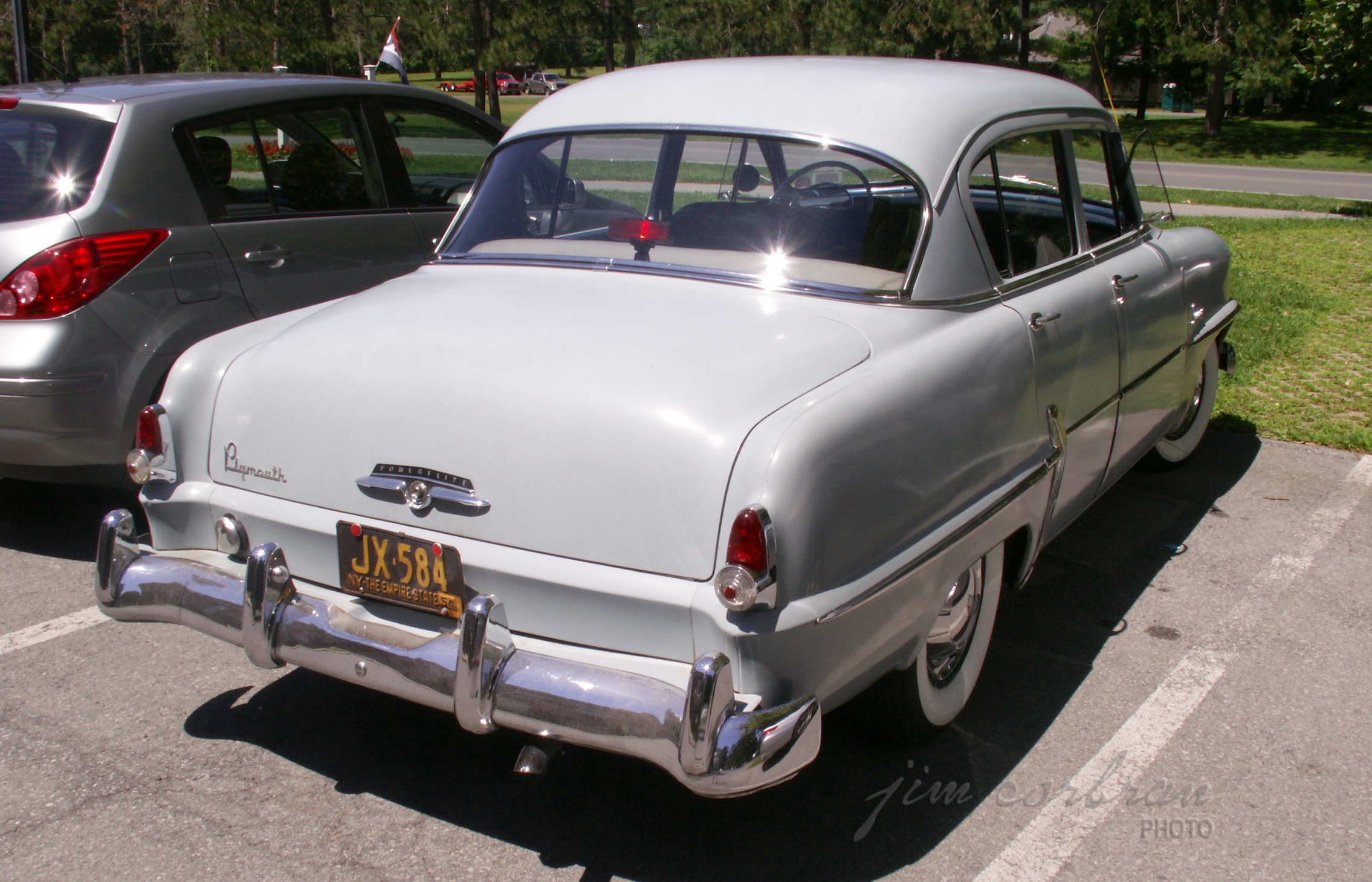 This 1954 Plymouth Savoy is probably the last thing we expected to find back in 2015 when we travelled to Saratoga Springs for the Hemmings Motor News Sports & Exotic Car Show. But there it was, in the parking lot of the Saratoga Automobile Museum in Saratoga Spa State Park where the show took place. The Savoy, new for MY 1954, was slotted between the entry-level Plaza and the pricier Belvedere. Plymouth’s cars weren’t all that different from the ’53 models, so they decided to go with all new models names instead, along with “…a new range of glowing, gem-like colors!” (which they proclaimed in a black & white magazine ad, Lol). Yay, marketing department!