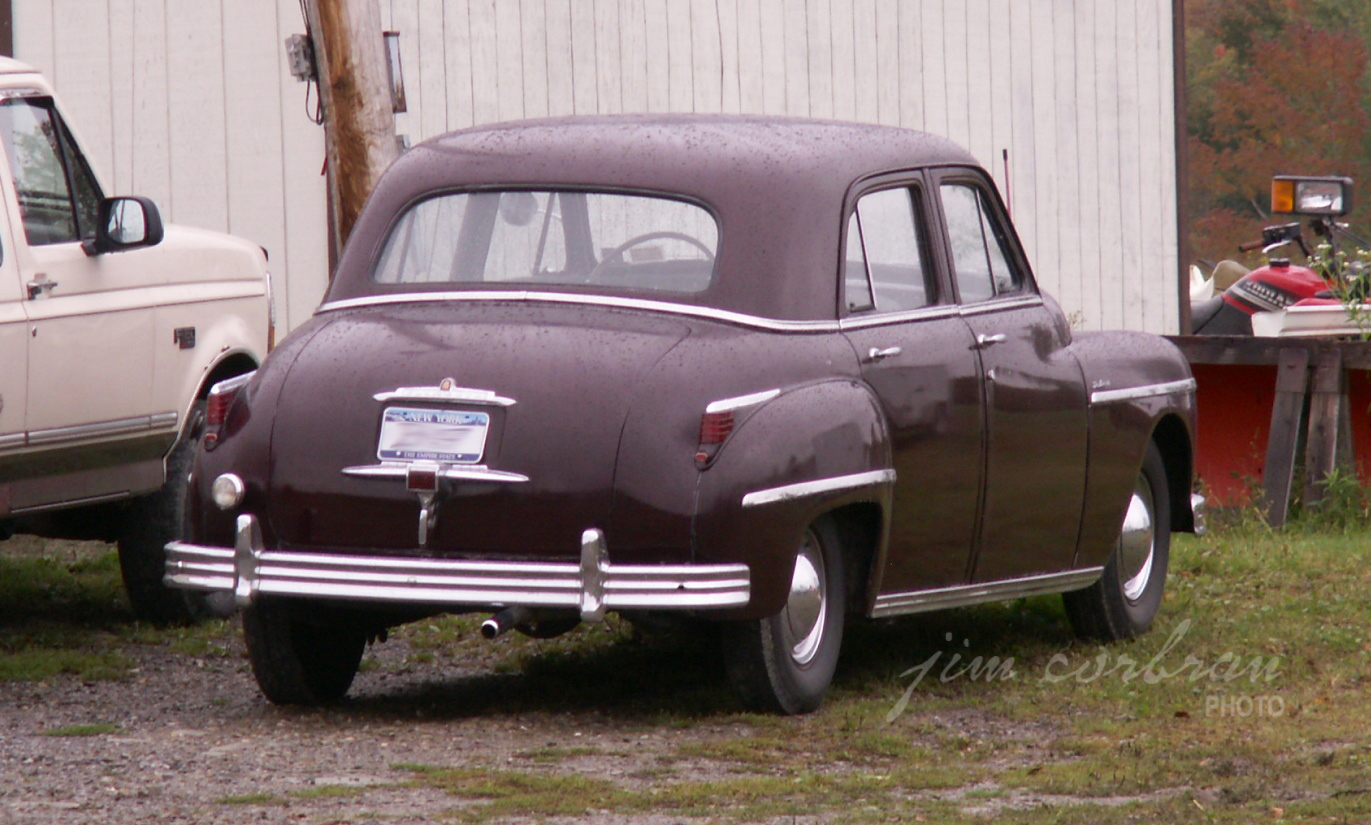 While Ford was touting its new-for 1949 cars with lines like “Experts agree 1949 Ford is the Style Leader,” and Chevy was calling its lineup “The Most Beautiful BUY of All!,” Plymouth’s brochure copywriters could do no better than calling its cars, also all-new for 1949, “…distinctively styled.” That's just one step shy of boring and old-fashioned. Chrysler’s new president, K.T. Keller, decreed that its new cars should “…accommodate people rather than the ideas of far-out designers.” While this made the new Chryslers, DeSotos, Dodges, and Plymouths roomy inside with great outward vision thanks to tall greenhouses, they failed to excite all but the most die-hard Mopar fans. This 1949 Plymouth DeLuxe, seen a number of years ago in East Aurora, is typical of Chrysler’s entire lineup. To call it unexciting is an understatement.


Got a RealRide you'd like to see featured here? Drop us a line