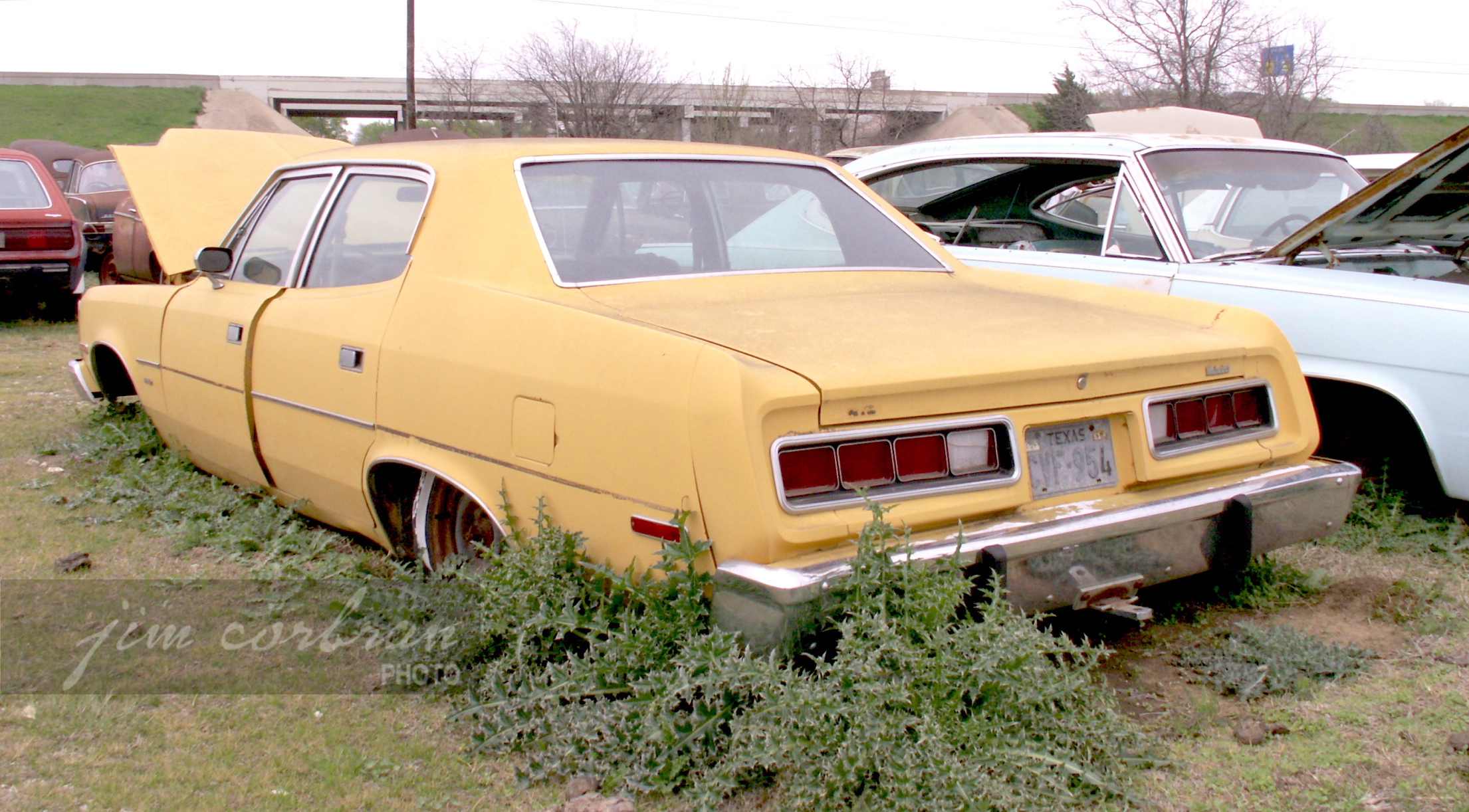 If you’re looking for parts for a 1974 AMC Matador sedan, my daughter Katie and I came across this one back in 2013, on our way back north from Ft. Hood, at the CTC Auto Ranch in Denton, Texas. A quick peek at their web page last week shows that it’s still available as a parts car. The Matador four-door sedan differed greatly (to put it mildly!) from the Matador two-door coupe. And the Matador two-door coupe differed greatly from just about everything else on the road at the time! (Check out the Oleg Cassini version below.) The sedan offered six different engine choices: sixes of 232 and 258 cubic inches, and V8s of 304, 360 (2- or 4-bbl), and 401 cubic inches. This Daisy Yellow four-door still looks pretty solid, and rests among a sea of old AMCs.