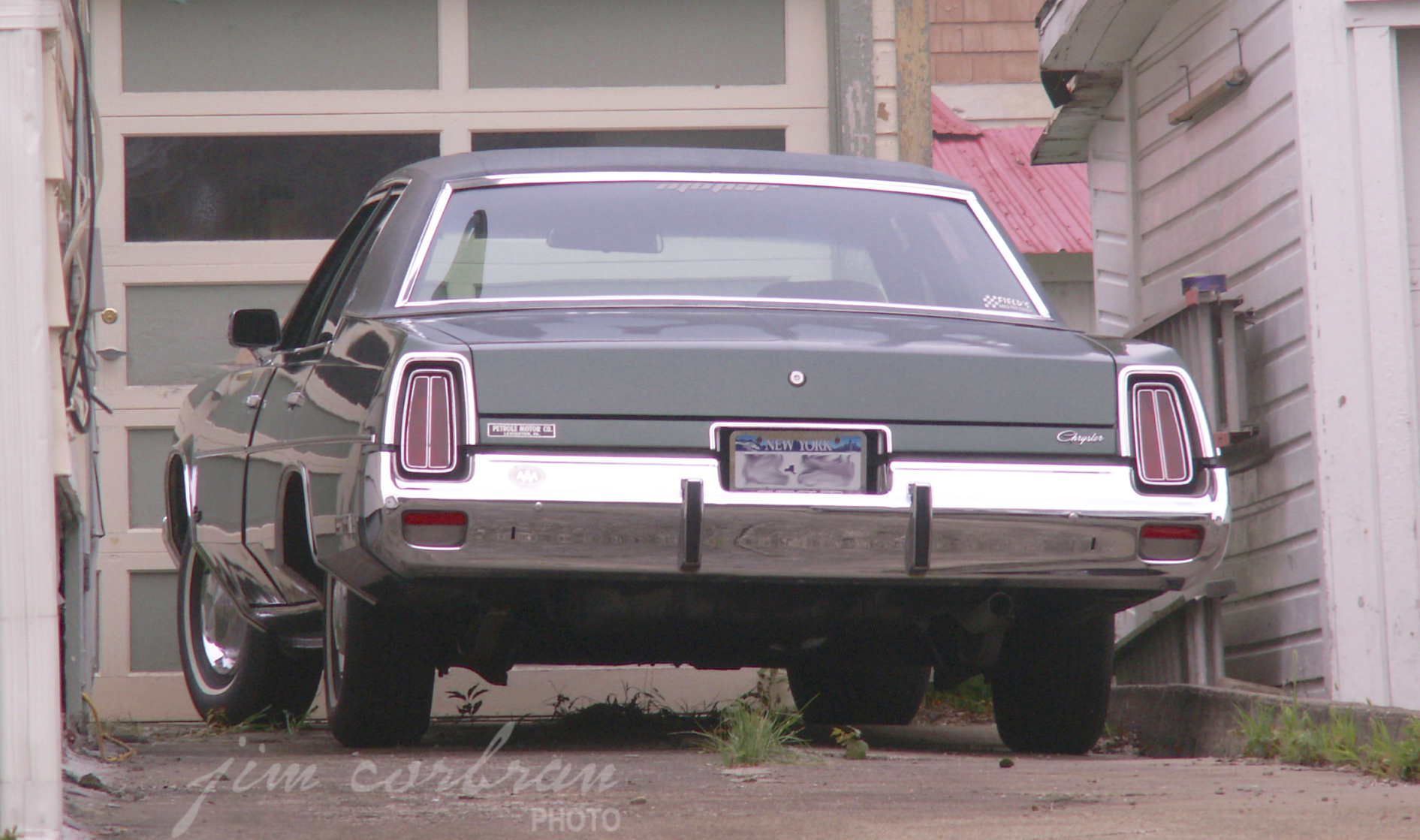 Hard to believe it was ten years ago when we came across this c1974 Chrysler Newport lurking between a couple of houses in Olean. It could be a ’74… then again, it might be a ’75. I imagine it really only matters to the DMV and the insurance company. Well, and maybe to the owner when it comes time to sell it. There wasn’t a heckuva lot of difference between the two model years visually. Make that three model years… thinking about it, this could also be ’76 model! The only thing we’re absolutely sure about is that it’s neither a 1973 nor a 1977. And we can probably make a good guess that it’s not still in this same spot 10 years later — but, you never know.