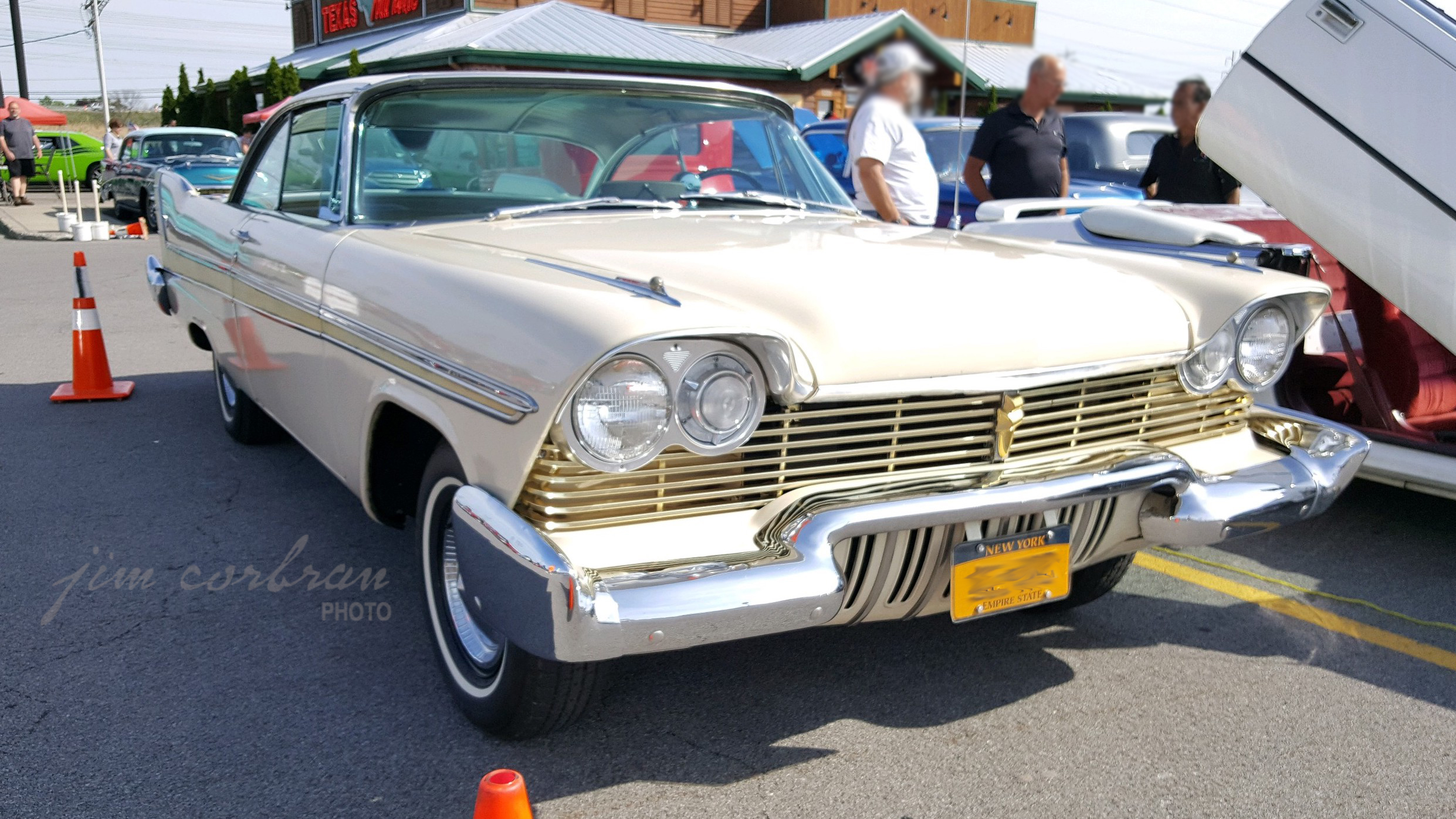 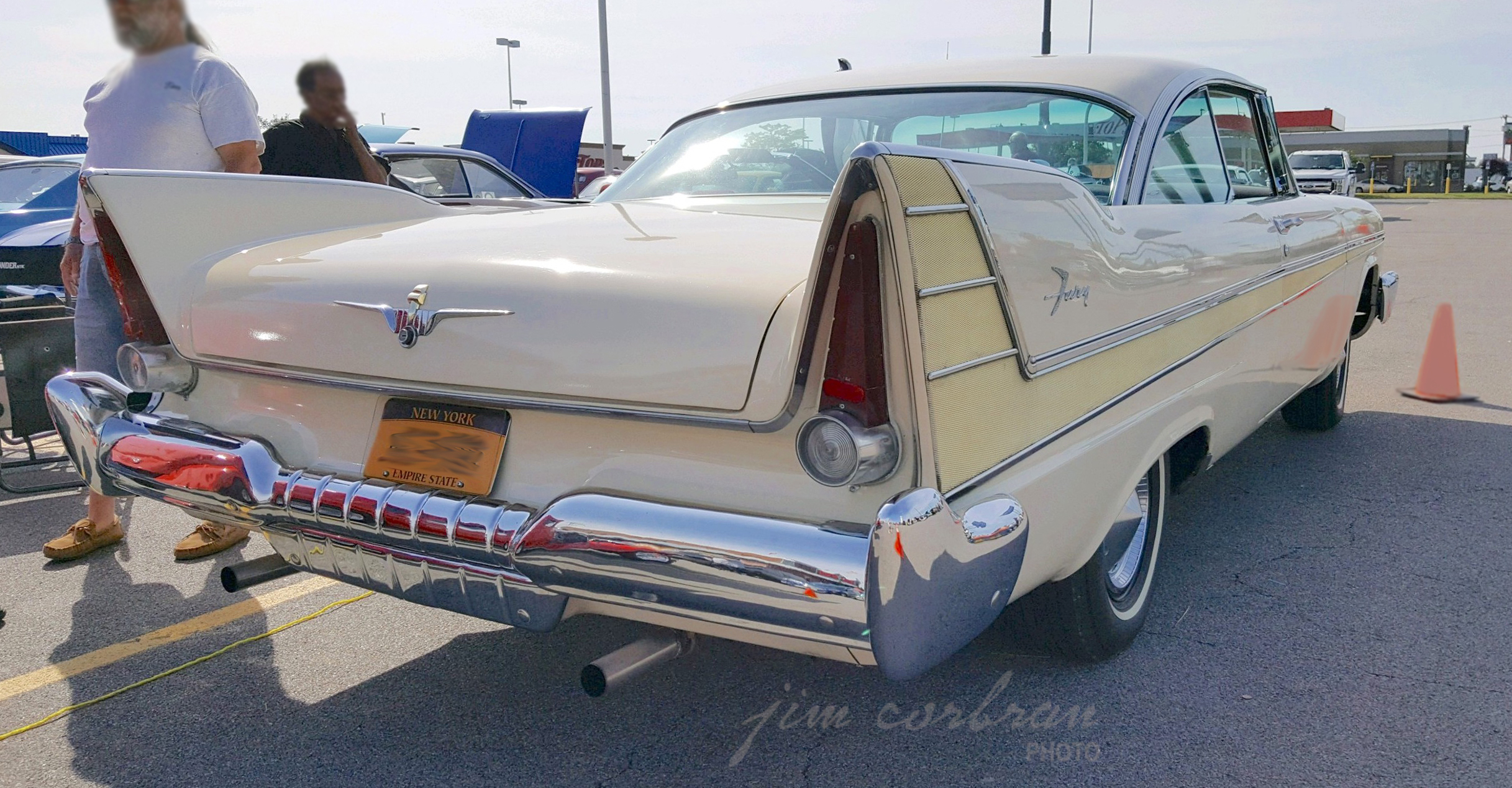 No, it’s not Christine. I only say that because just about every time you show a car like this 1957 Plymouth Fury, somebody mentions how it looks “just like the evil car in the Stephen King book/movie.” Christine, in the movie, was a red & white 1958 Plymouth. There’s some controversy as to whether it was a Fury, or a Belvedere gussied-up to look like a Fury, but we’re not getting into that discussion right now! Only to say that the Fury was not offered in Red & White (they get around that in the movie by mentioning that it was a “special order”). Today’s RealRide seems to be an honest-to-goodness Fury in the correct color with the Fury’s gold anodized grille and trim, as well as its front & rear bumper extenders. Saw it last summer at a weekly cruise night at the Texas Road House in Tonawanda (as well as later that same night at another event at the Elderwood Care facility, also in Tonawanda).