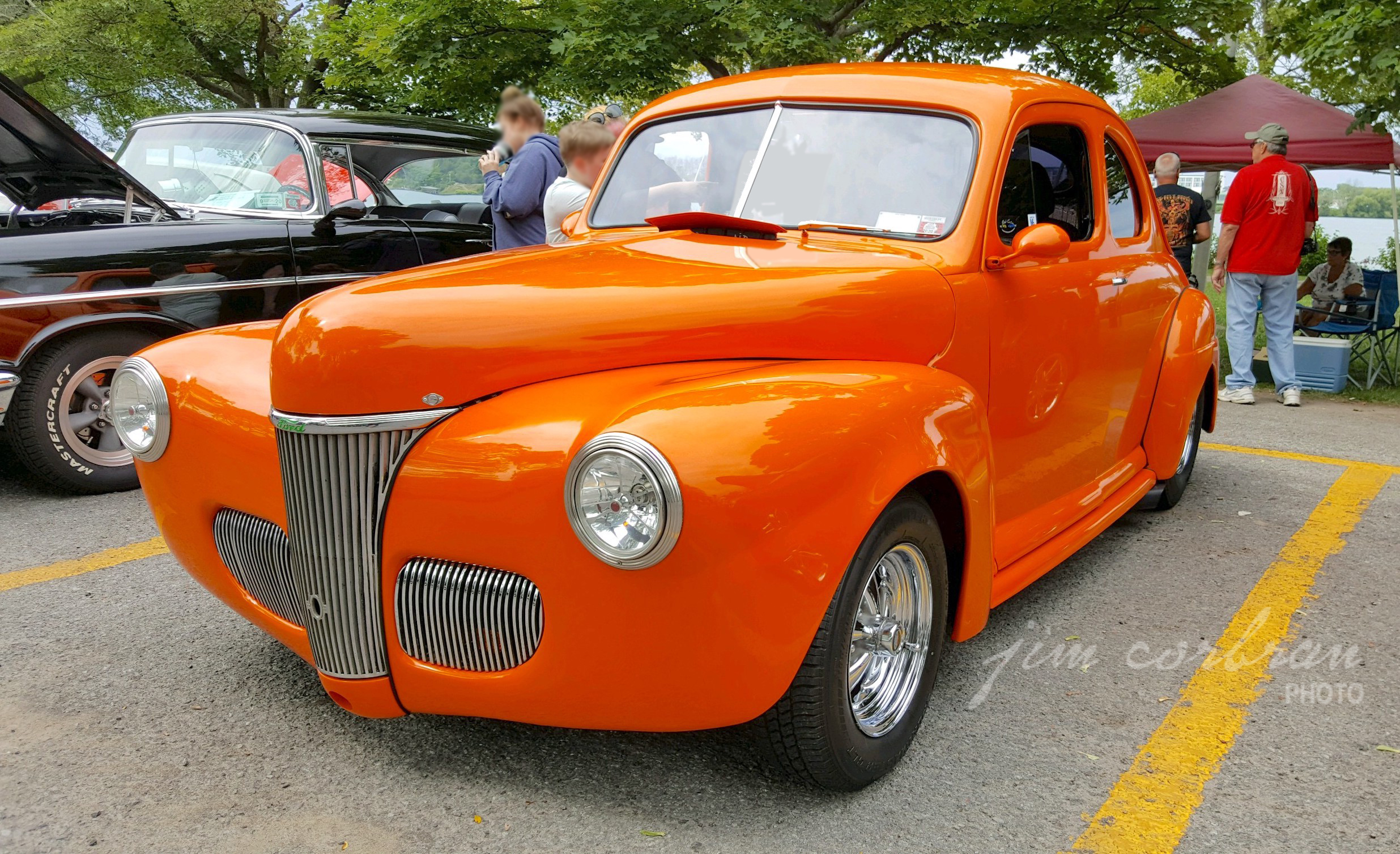 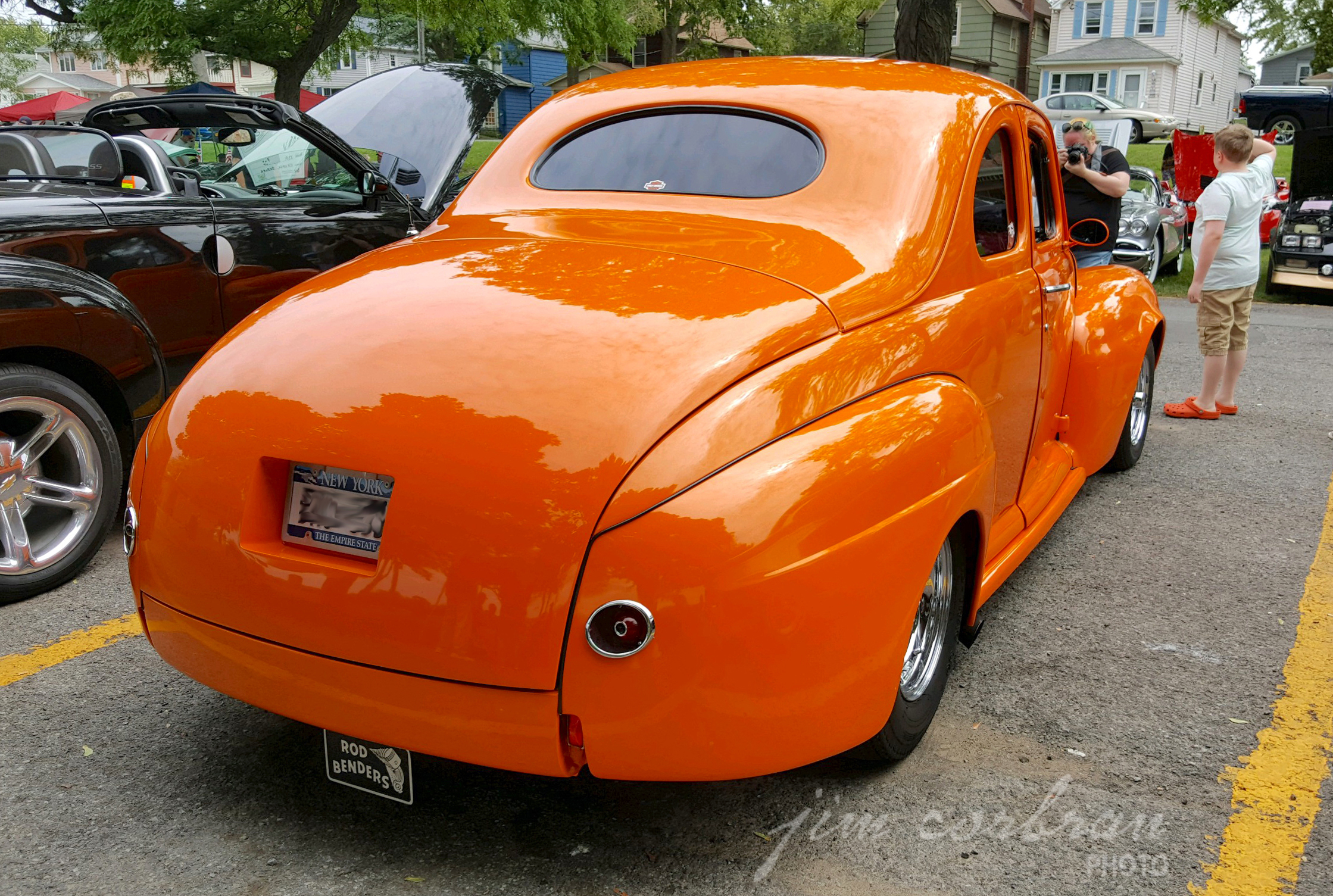 You’d think that the 1941 Ford would have been one of the last before wartime production of cars ground to a halt. But no, there actually was a 1942 model, and 160,500 of them were built before Ford shifted over to production of war materiel. (Sometimes we forget that the new models are introduced in the fall before their model-year designation.) The next new Fords were 1946 models (which were slightly restyled 1942 models). But, back to the ’41. The lineup was revised a bit from the previous year: Special, Deluxe, and Super Deluxe. The 221cid V8 returned, but the smaller, 136cid 60-hp V8 was replaced by a 226cid inline six, the first six in a Ford passenger car since — ever! All 15 body styles were available with either engine. We saw this one last summer at the Labor Day car show at Niawanda Park in Tonawanda.