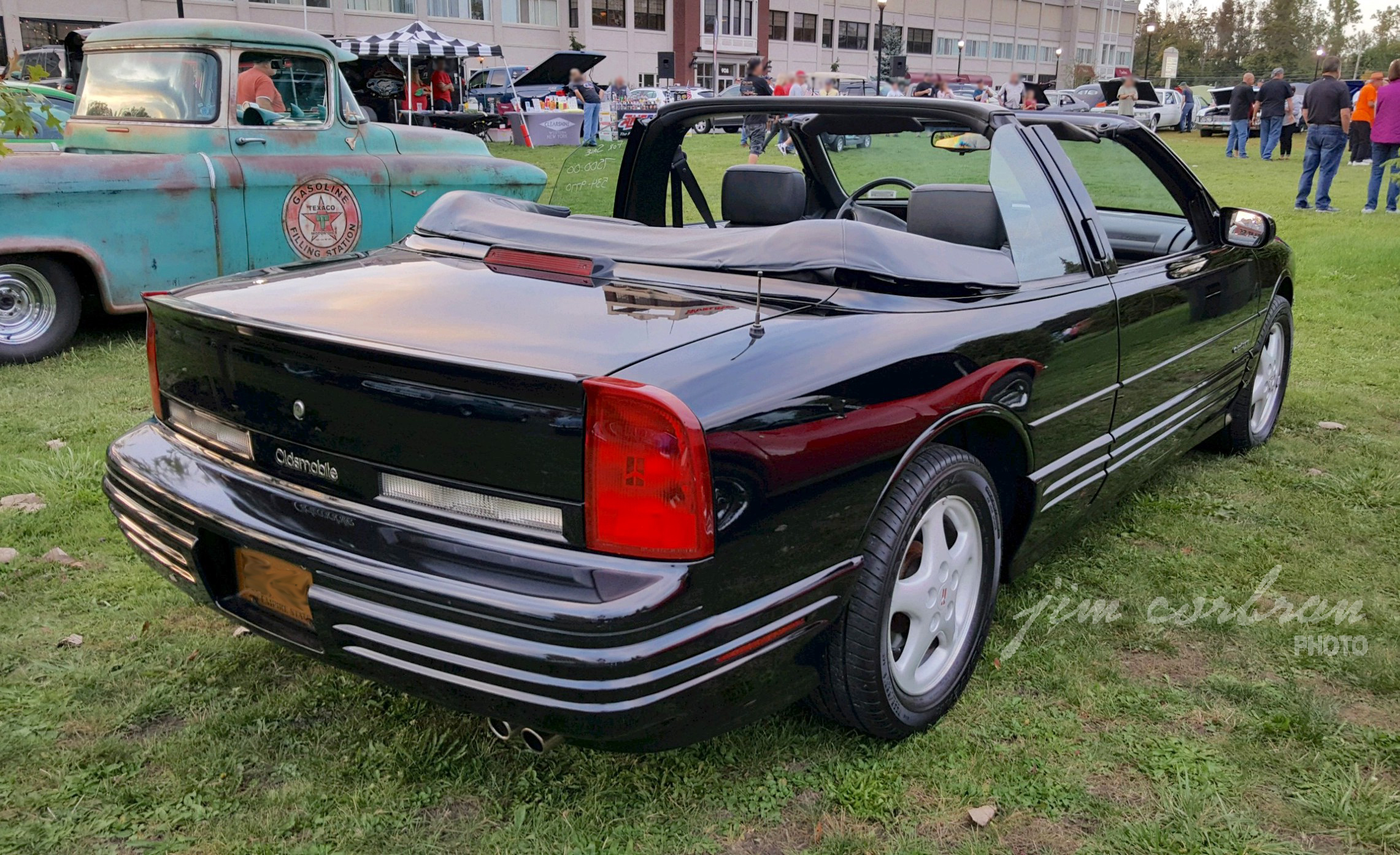 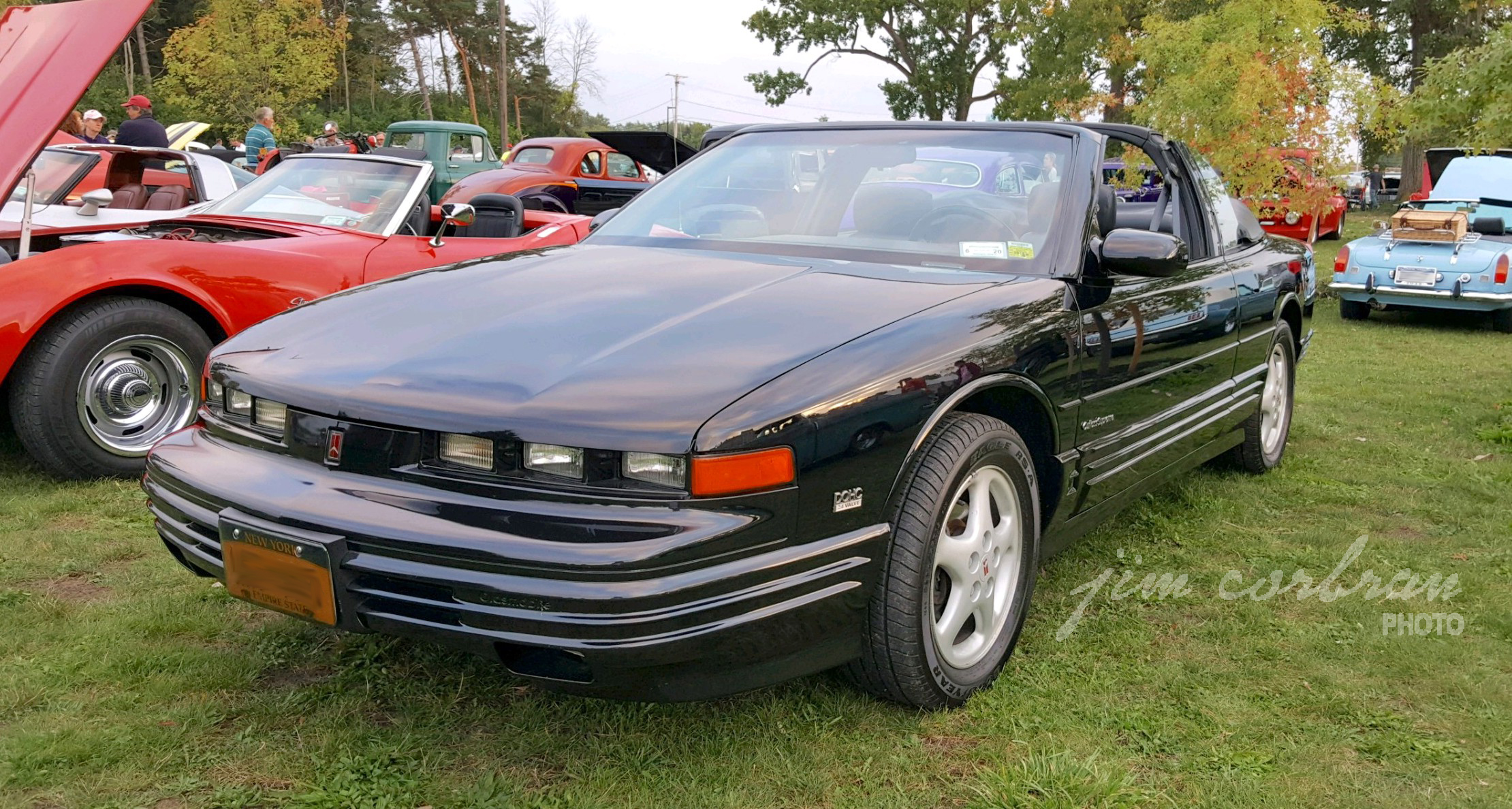 The people who put together the brochure for the 1994 Oldsmobile Cutlass Supreme convertible, if nothing else, sure had a lot of moxie. Right there on page three, alongside a listing of the Olds ragtop’s specs, is a chart comparing it to the BMW 325i and Saab 900 Turbo — which Olds labels a “Sport-Luxury Convertible Comparison.” Call me pessimistic, but I highly doubt that many potential buyers back in 1994 were seriously shopping all three of these cars, nor were most of them thinking of the Cutlass Supreme as a Sport-Luxury car. Not to say the Olds didn’t have its audience, I just don’t believe it included the BMW & Saab crowd. With a starting price of $25,800 it was one of the more affordable mid-sized convertibles on offer. It came standard with a 3.1L V6 which was attached to an electronically controlled four-speed automatic transmission. And of course, that basket-handle roll bar which — sorry Olds fans — IMO looked terrible with the top down. Saw this one last summer at a weekly cruise night at The Wurtlitzer Building in North Tonawanda.