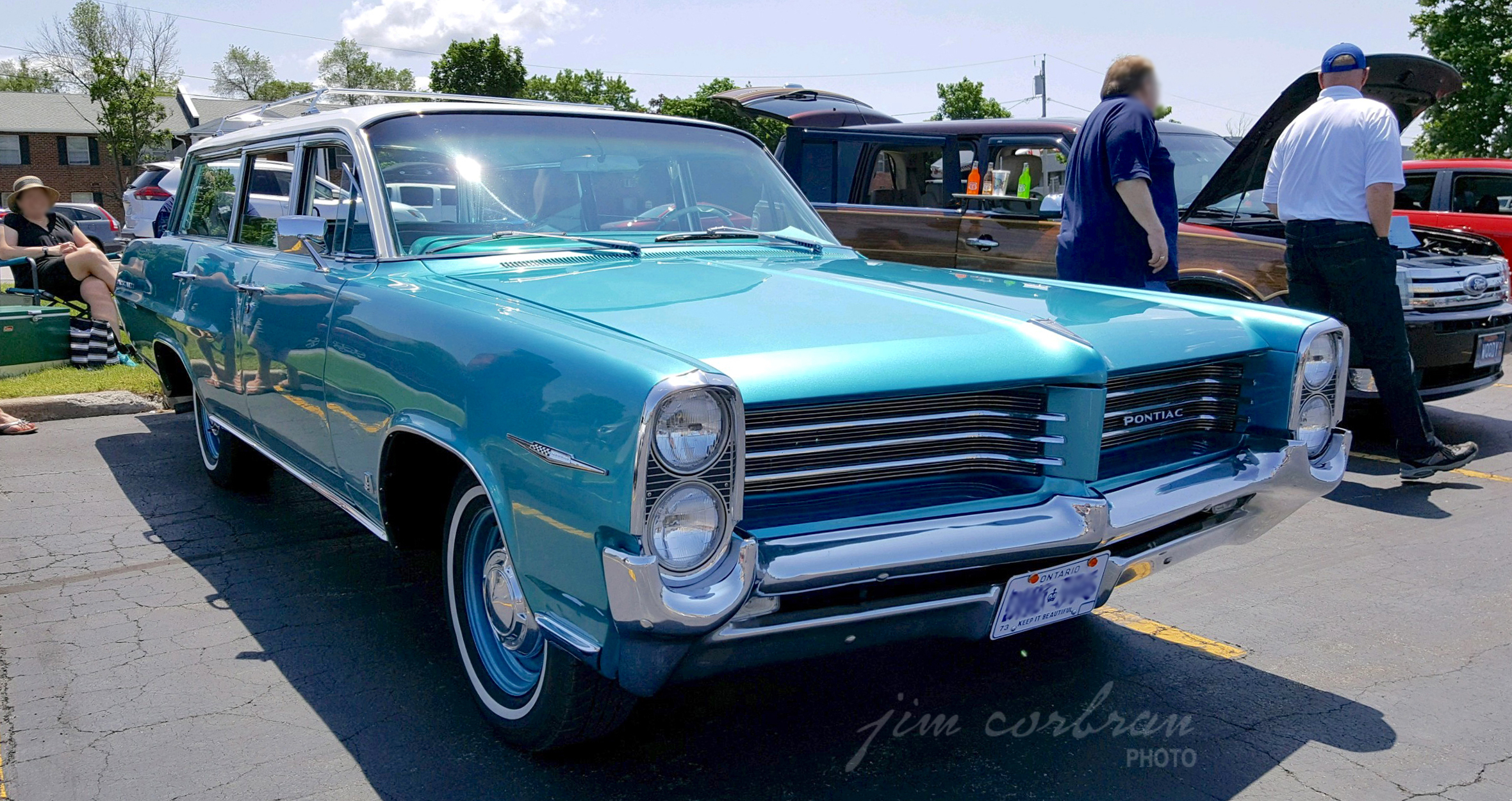 The poverty hubcaps are deceiving on this 1964 Pontiac Parisienne Safari, making it (at a glance) look like it might be on of the lower-cost wagons (Laurentian or Strato Chief), but the trim — not to mention the Parisienne badge on the rear quarter panel — says otherwise. Pontiac Canada called the Parisienne Safari “the most luxurious load toter of them all.” They also mentioned further on that the Safari is “every inch a Pontiac.” True, if you’re talking about Canadian Pontiacs (which I guess they were). In 1964 the full-size Canadian Pontiacs were still being built on Chevrolet chassis with Chevrolet engines. The big Pontiac’s standard V8 north of the border was a 283cid Chevy-built unit, while the inline six was the 230. We saw this one last summer at the International Station Wagon Club's meet in Amherst.
(below is the comparable American Pontiac Bonneville, with a much wider track)