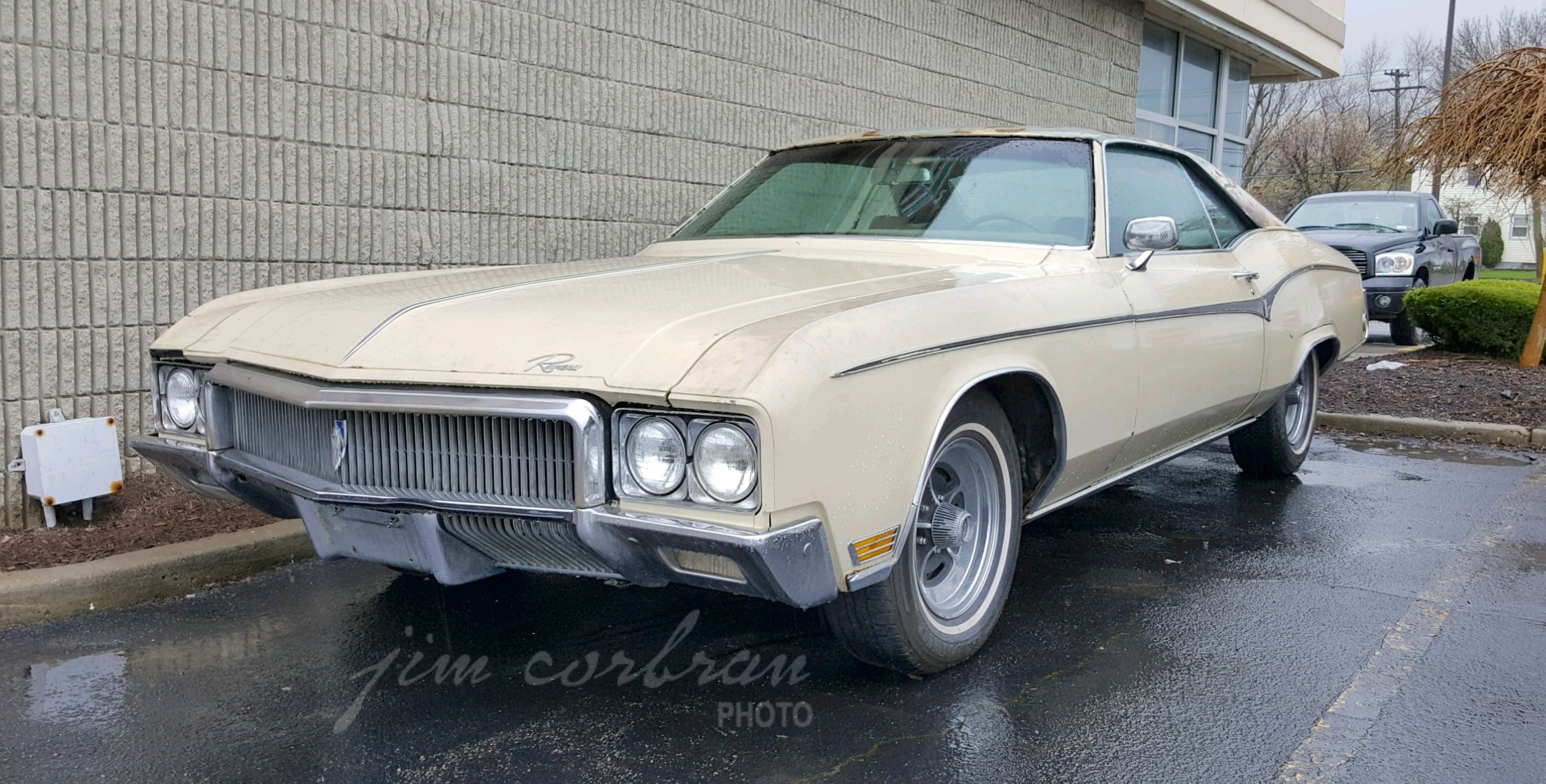 I’ll admit I thought the restyled 1970 Buick Riviera was a bit of a letdown from the previous versions. The Wikipedia folks lump the ’70 model in with the 1966-69 cars, calling the five of them the second-generation Rivieras. To me, the ’70 (which had the lowest production number of the five) should be in its own category. That being said, as time marches on I’ve become fond of its rather bizarre styling cues, like the tacked-on side trim, miniscule fender skirts, and the underbite grille. None of these look quite as odd (IMO) as what came next — the boattail which was added to the rear of the next generation Riviera (1971-73). Sales numbers seem to bear me out on this. We came across today’s RealRide one rainy day last week in Tonawanda.