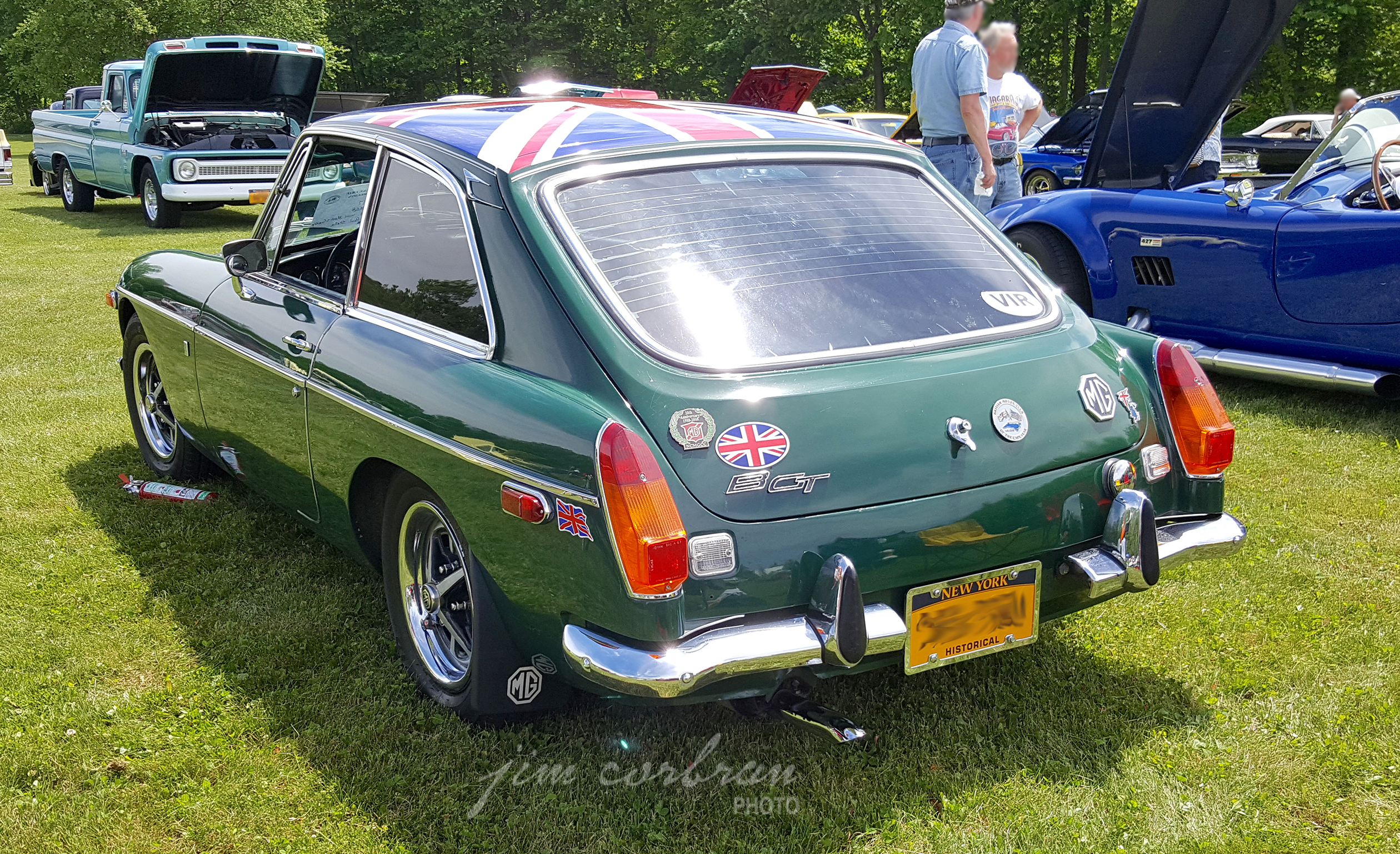 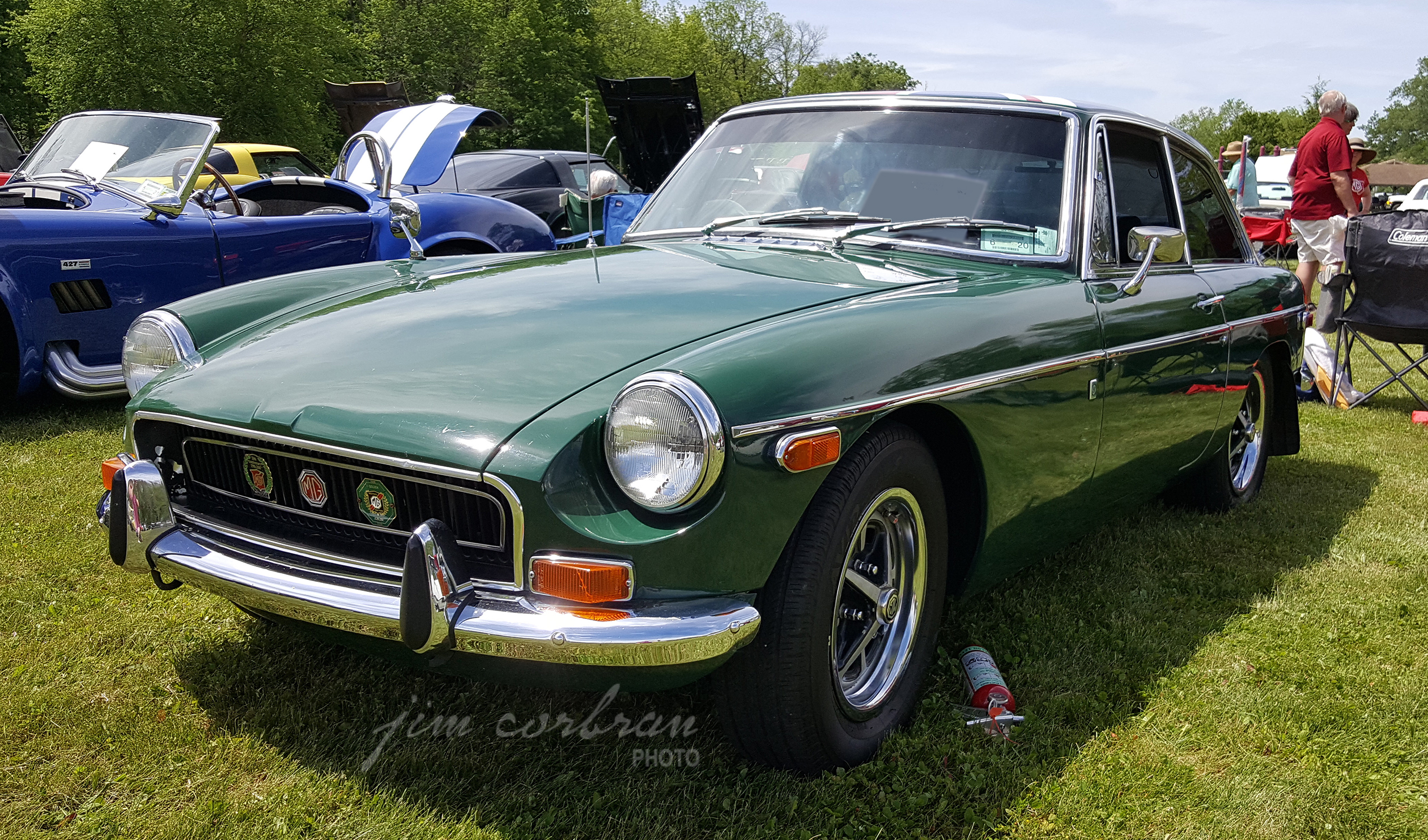 If you had doubts about the country of origin of this 1967 MGB-GT, you simply weren’t paying attention! The Union Jack covers the entire top of the car, which as you all know on a British car is called a… roof. That’s right, a roof. On a convertible it would be the hood, while the traditional American hood in Britain is the bonnet. While we’re on the subject, the trunk is the boot while the windshield is a windscreen. Fenders? Wings. The GT was the “fixed-roof” version of the MG roadster, available beginning in MY 1966. It was produced until 1980, although U.S. exports ended in 1974. Saw this one last summer at the AACA car show in Elma.