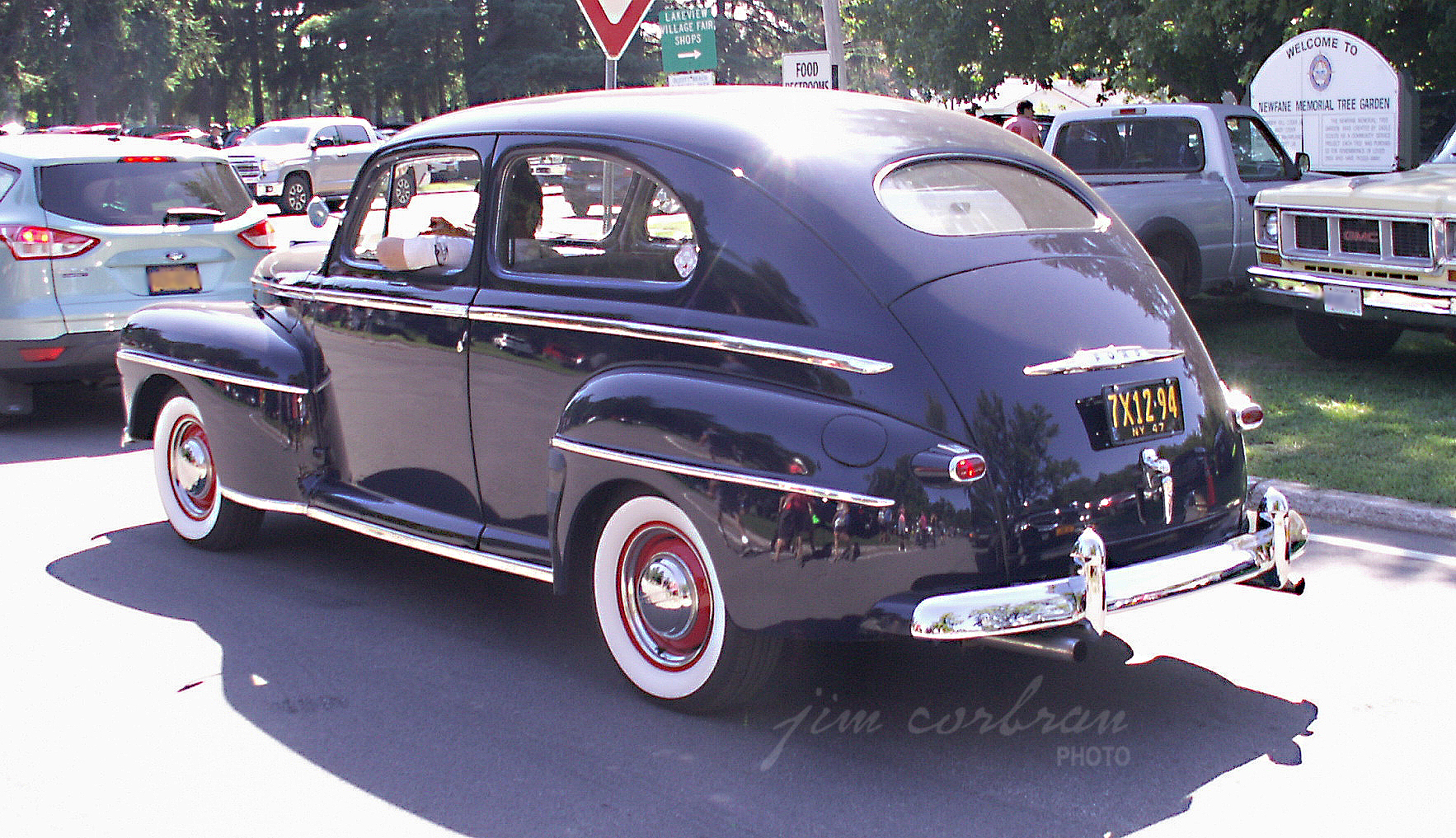 Last week we showed you a ’41 Ford, Dearborn’s penultimate model year before the war halted car production. Today we have a 1947 Ford Super Deluxe Tudor Sedan, seen a few summers ago at the Olcott car show. Post-war production began with the 1946 models, which weren’t all that different from the ’42s. And they’d carry on for one more year until the all-new 1949 “shoebox” car debuted. In ’47, Fords were still available across the board with either a straight six or a V8 — which set them apart in their class. The slogan for 1947 was “Ford’s Out Front,” as you can see in the ads above.