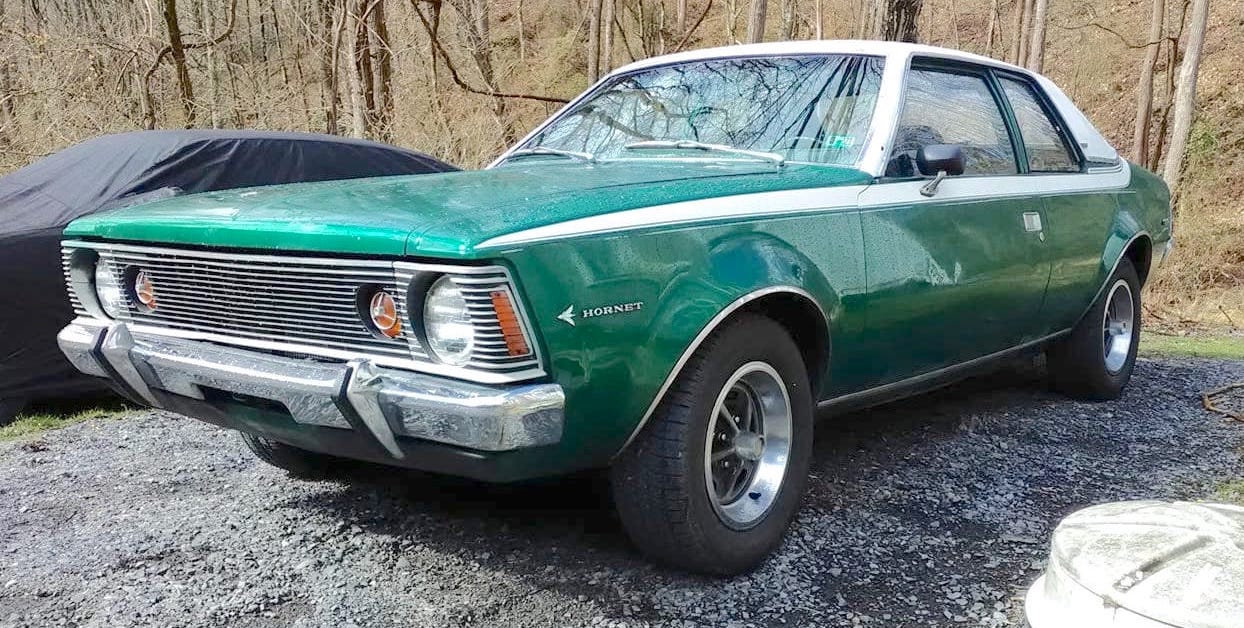 RealRides reader Carl McBee sent in these photos of his recent acquisition, a 1971 AMC Hornet SST. Carl tells us he purchased the car (a rust-free example) in January from someone in Colorado, and he’s been working on it since. The green paint is original, while the white top and stripe are recent additions. The car at one time had a 304cid V8/three-speed automatic, but the previous owner replaced the 304 with a 360 along with another transmission. When Carl bought the car, the seller included an 4-speed stick that he hopes to put in once he locates locates a flywheel. You might catch him working on it in his hometown of Hopewell, Pennsylvania during this prolonged downtime we all seem to be in these days. Thanks Carl, for writing in! (below is how the car looked in January when he bought it.) 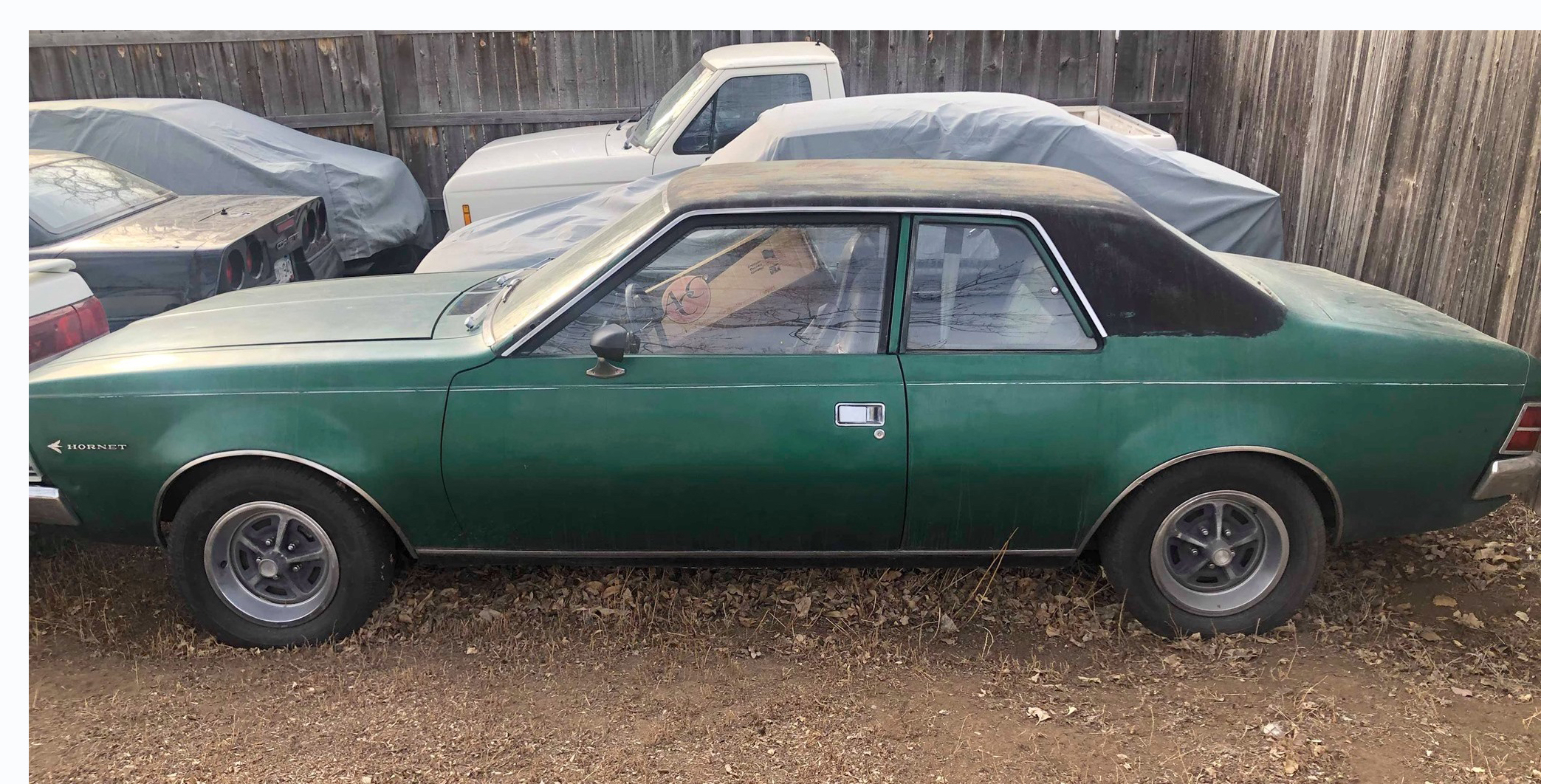