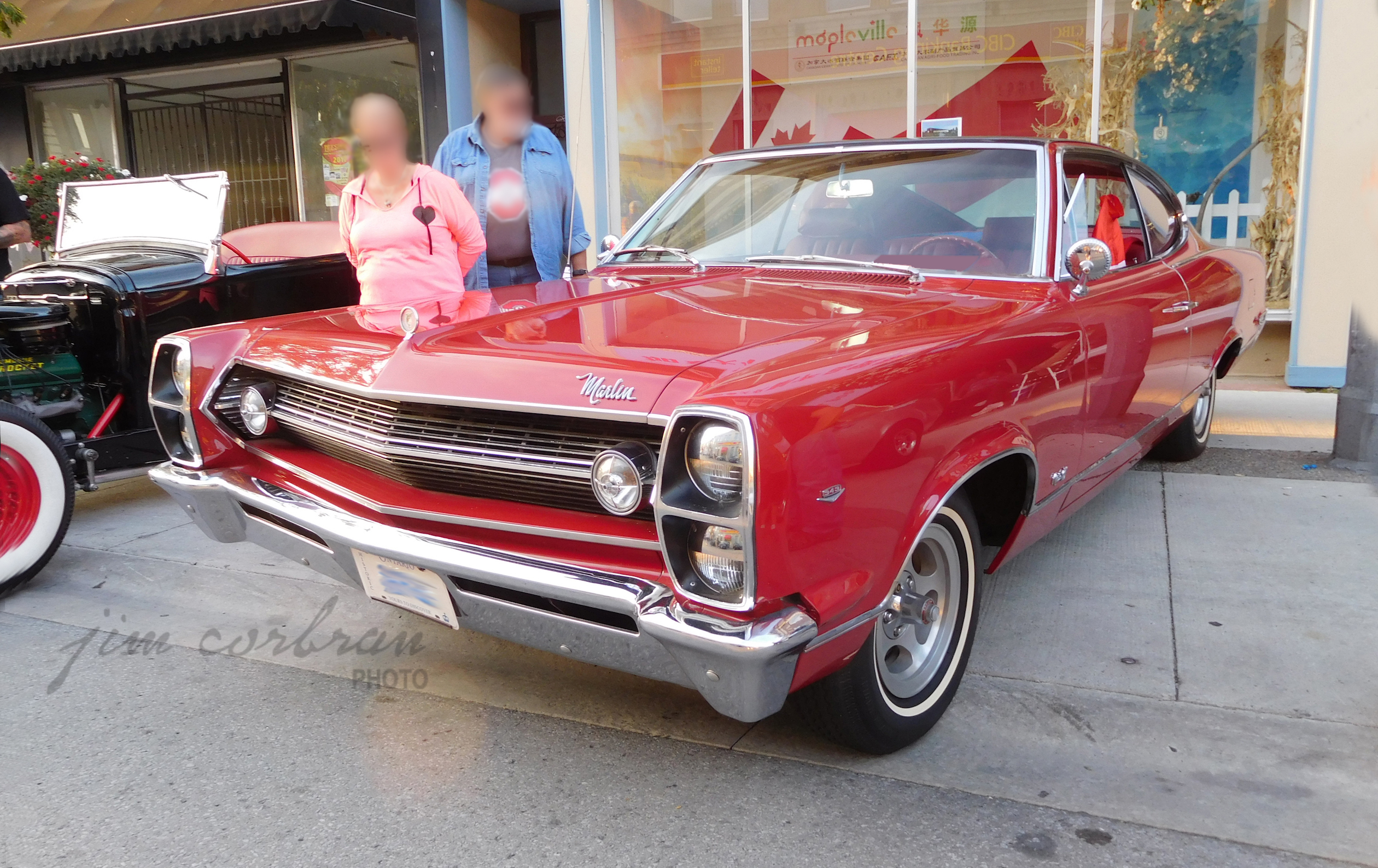 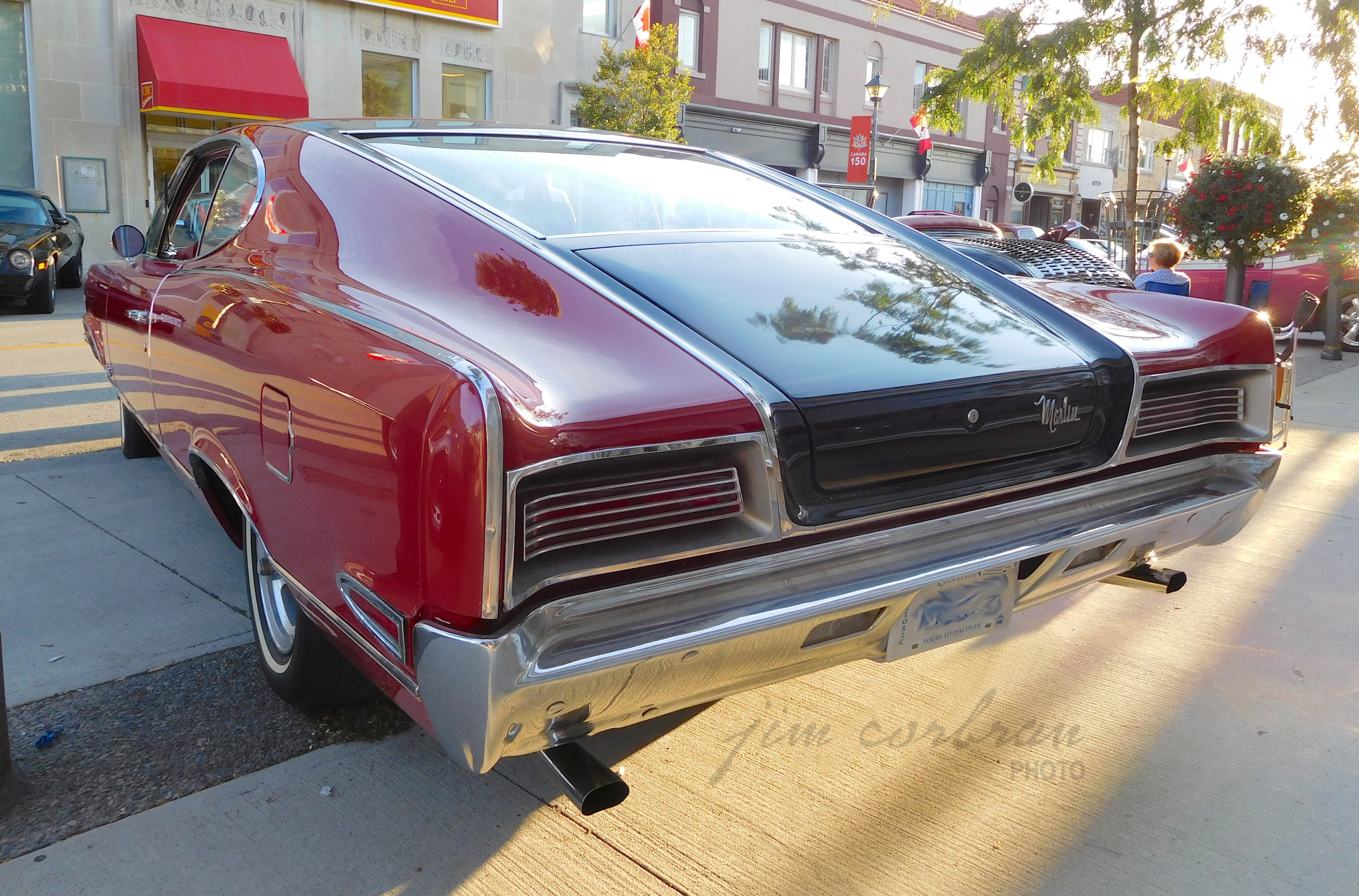 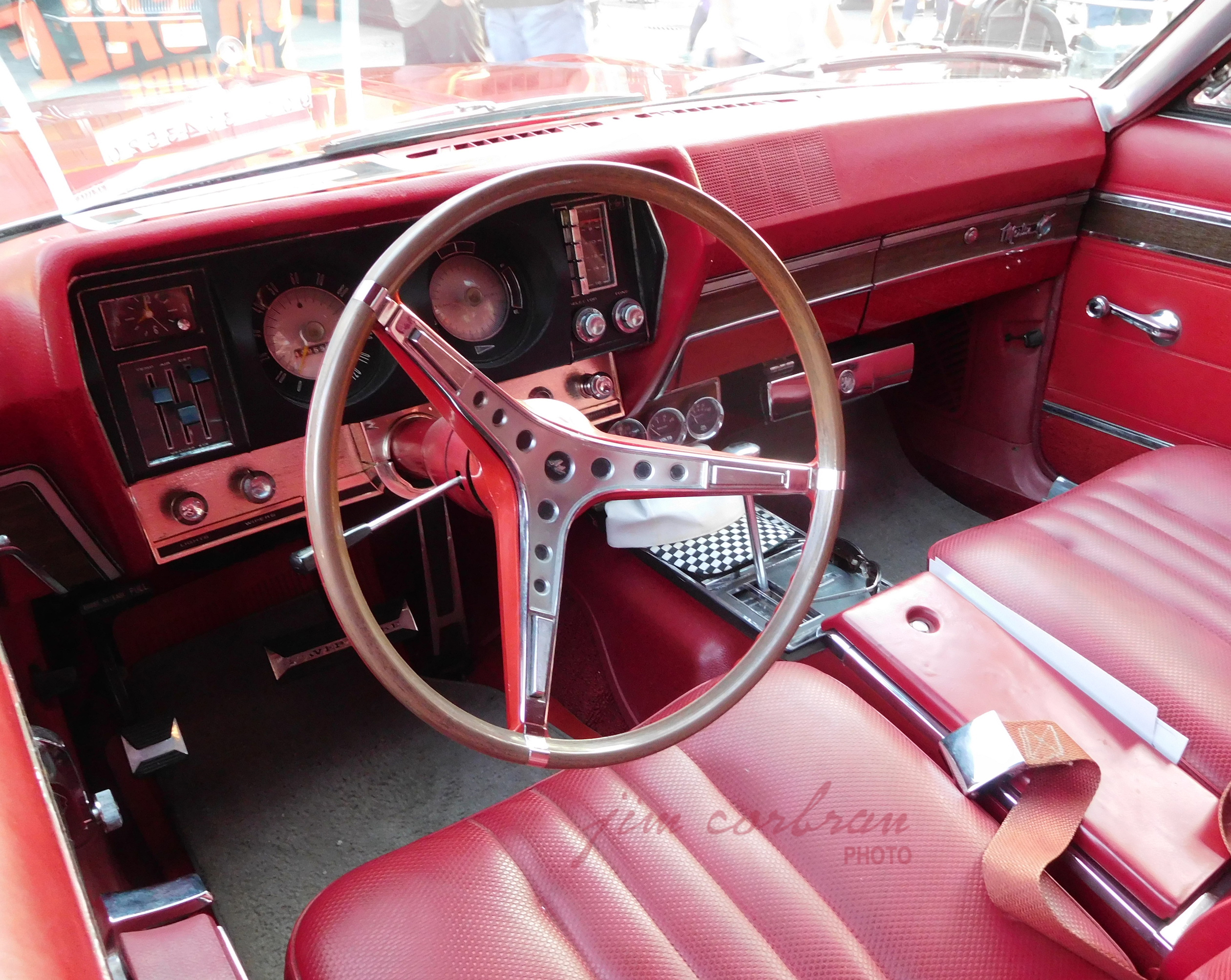 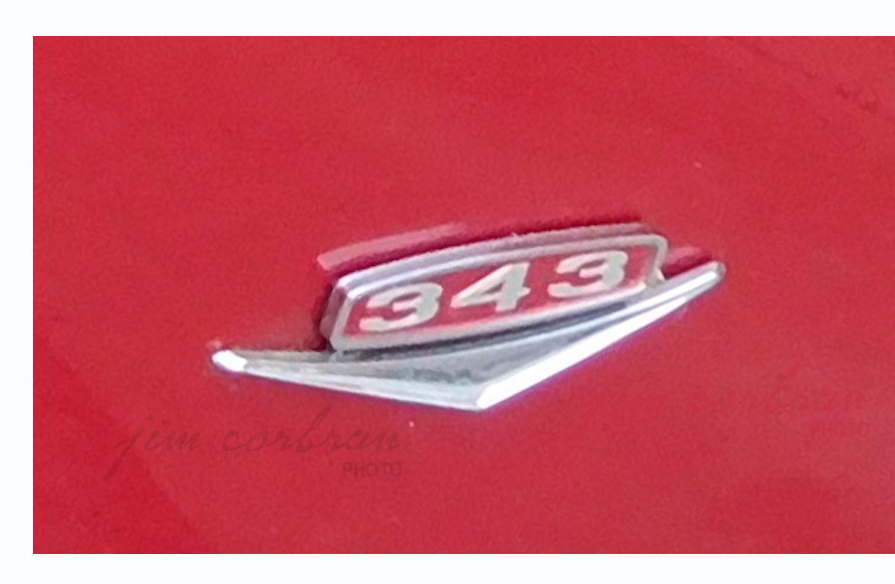 It’s not every day that you come across a 1967 AMC Marlin (only 2,545 were built). It was the car’s third and final year of production, but it was only the second year that it was branded as an AMC rather than a Rambler, and the first (and only) year it would share the platform of the Ambassador rather than the Classic. Got all that? The 1967 models — “The flair of a fastback, the luxury of Ambassador” — IMHO were the nicest-looking of the lot, and this one’s especially sharp in Matador Red and Black. It has the optional 343cid V8 with a console-mounted Shift-Command automatic — the automatic was standard on Marlins (along with a 232 inline six), but came on the steering column unless the extra-cost floor console was ordered. Saw this one three summers ago at a weekly Cruising on the Q cruise night on Queen Street in Niagara Falls, Ontario.