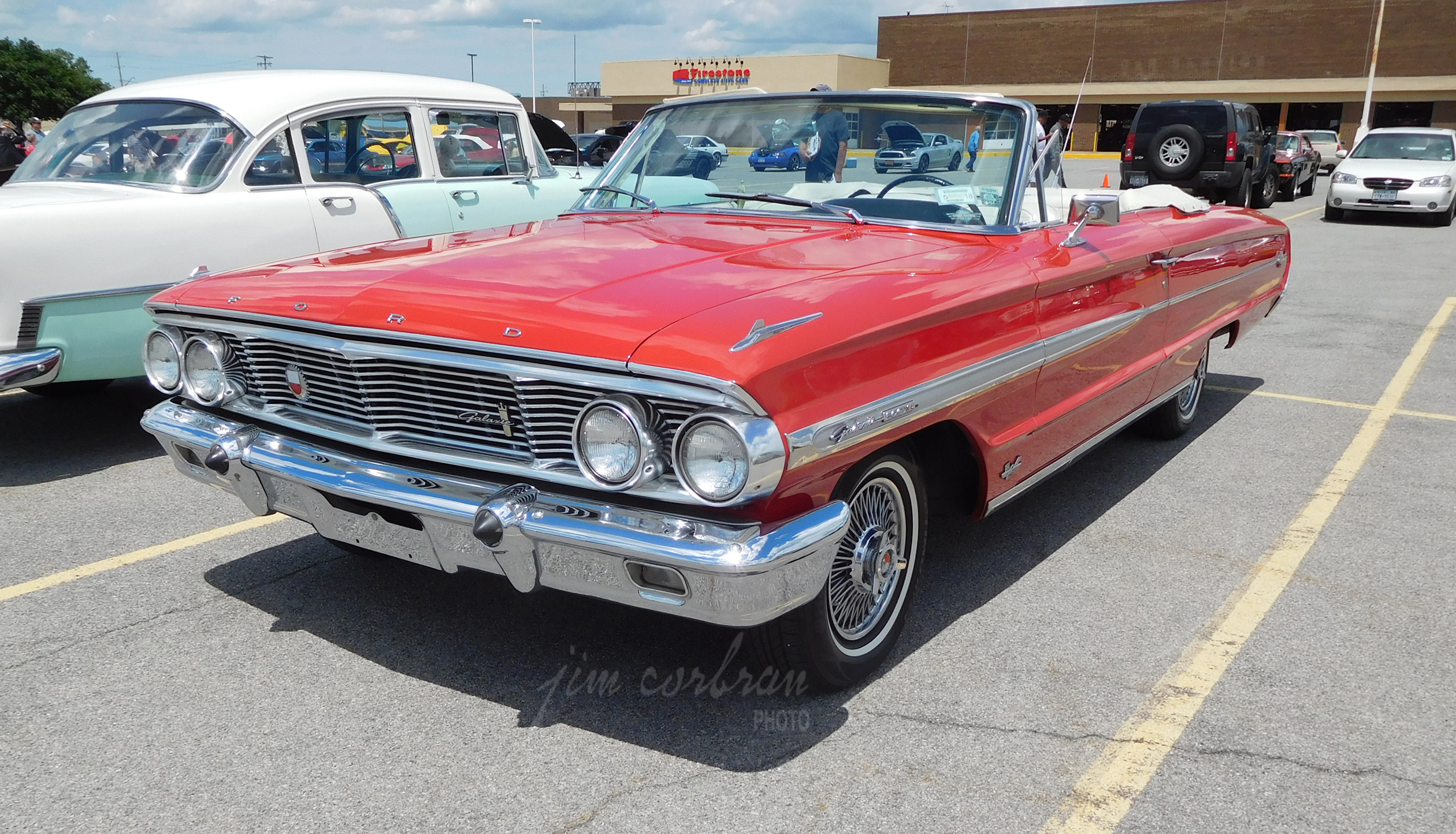 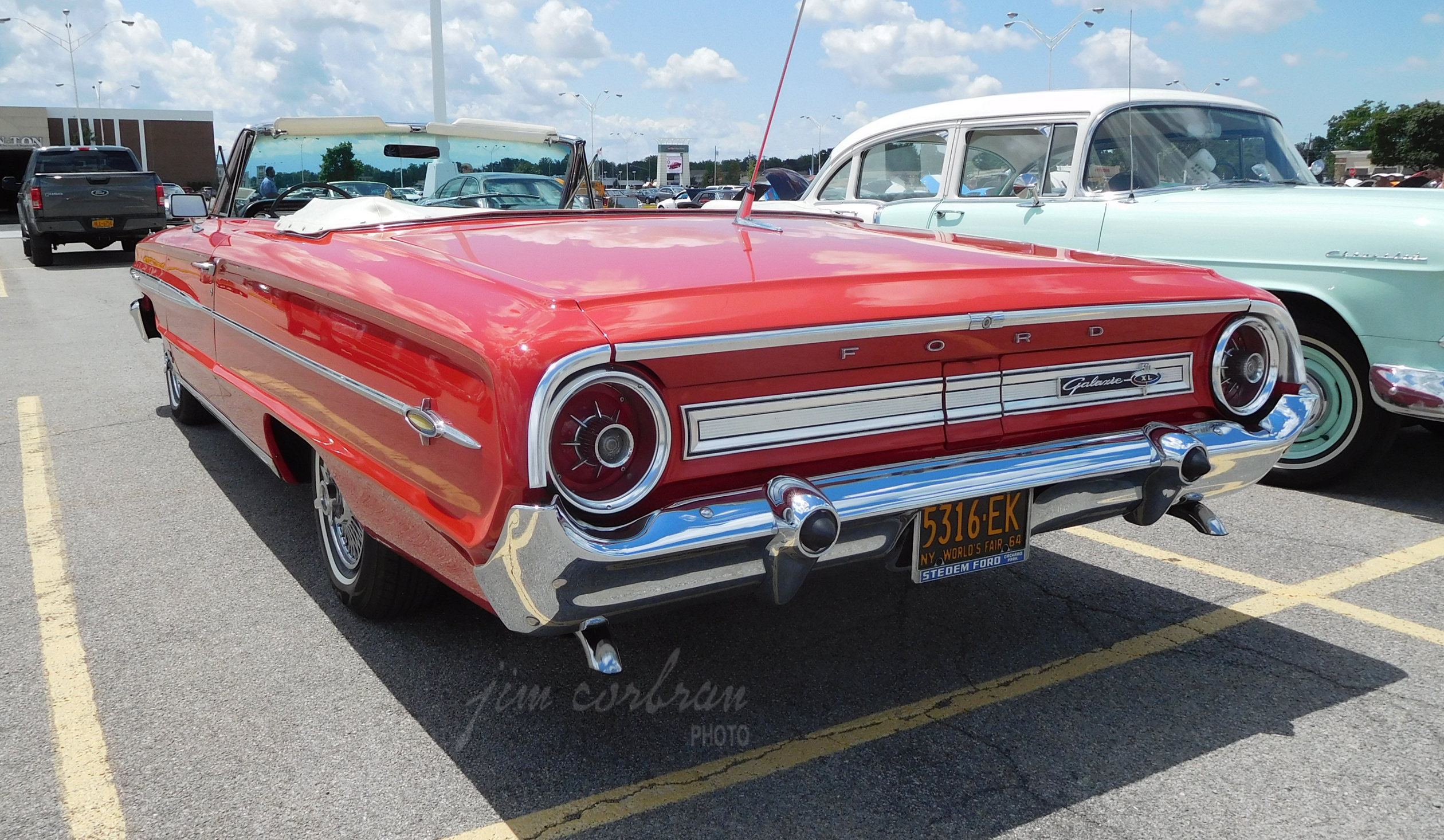 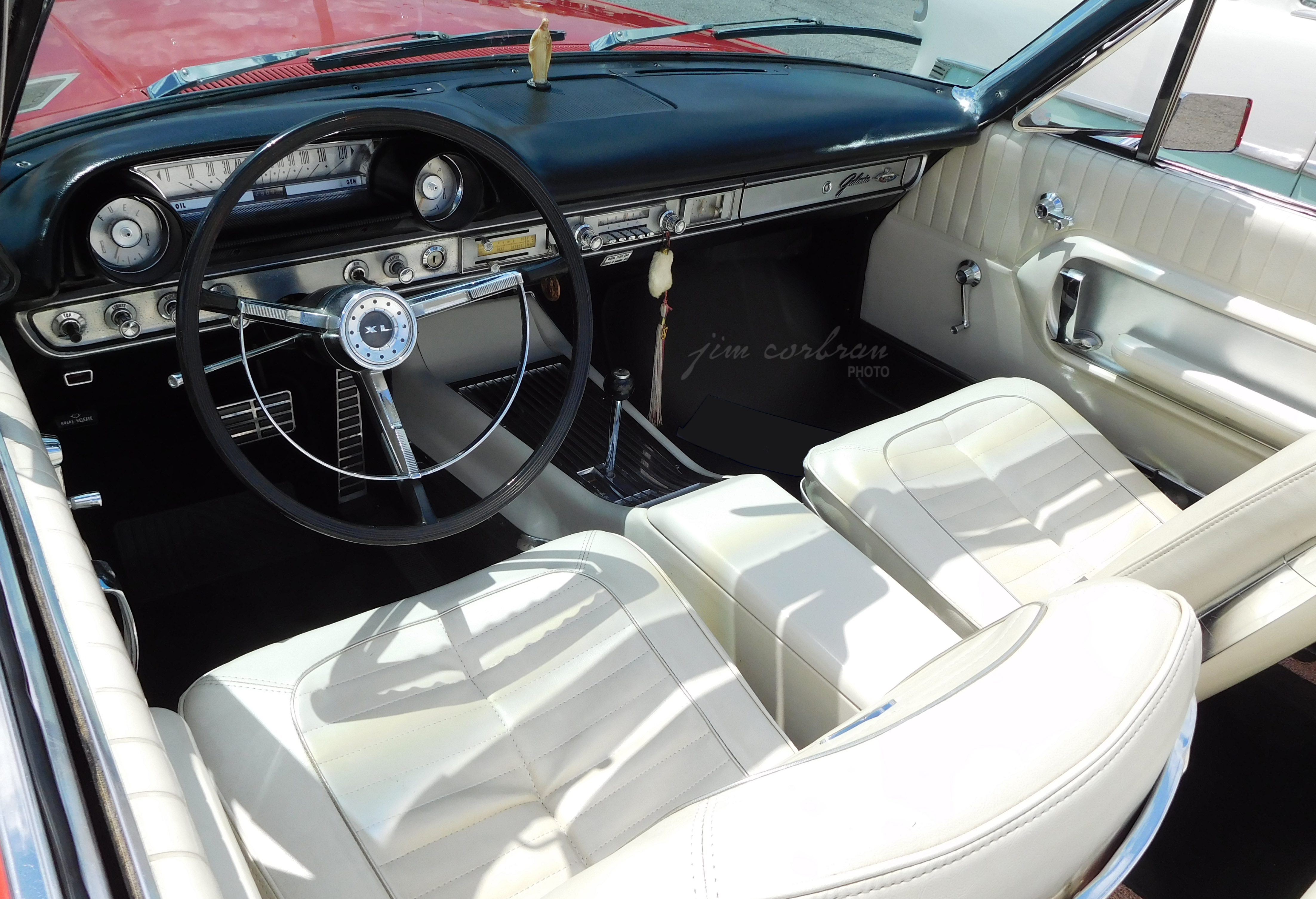 One of my favorite features of this 1964 Ford Galaxie 500/XL is what Ford described in that year’s Buyer’s Digest as “chrome-trimmed, shell-like front bucket seats.” A photo caption went on to refer to them as “body-hugging bucket seats à la Thunderbird.” The ’64 big Fords continued the tradition of carrying over the previous year’s dashboard, while changing the background color of the instrument faces. We found this one back in the summer of 2017 at an All-Ford car show which was held in the parking lot of Eastern Hills Mall in Williamsville.