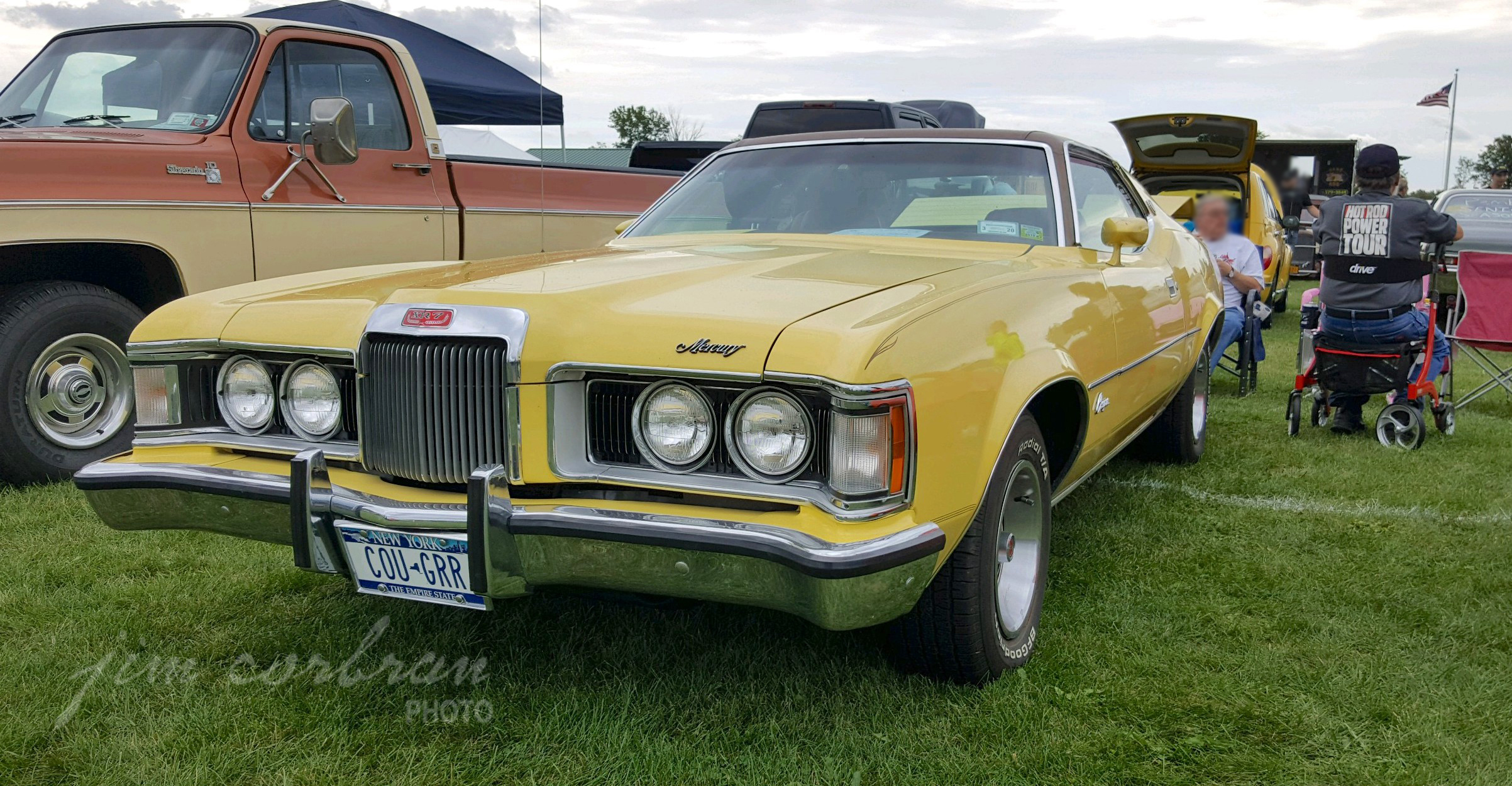 This 1973 Mercury Cougar XR-7 marked the marque’s final year of sharing a platform with Ford’s Mustang. This was also the final year for a Cougar convertible (below). The Mustang moved to the Pinto platform for MY 1974 and morphed into the Mustang II. Mercury decided to go in the other direction with their pony car and moved it to the mid-sized Montego platform, where it became sort of a “Mercury Thunderbird.” The XR-7 was still the top Cougar model, and included extras like special wheel covers, vinyl roof, three-spoke Rim-Blow steering wheel, cherry woodgrain instrument panel finish, and extra intstruments (tachometer and alternator & oil pressure gauges). Saw this yellow example last summer at the 12thAnnual Kiwanis Car Cruise in Pembroke.