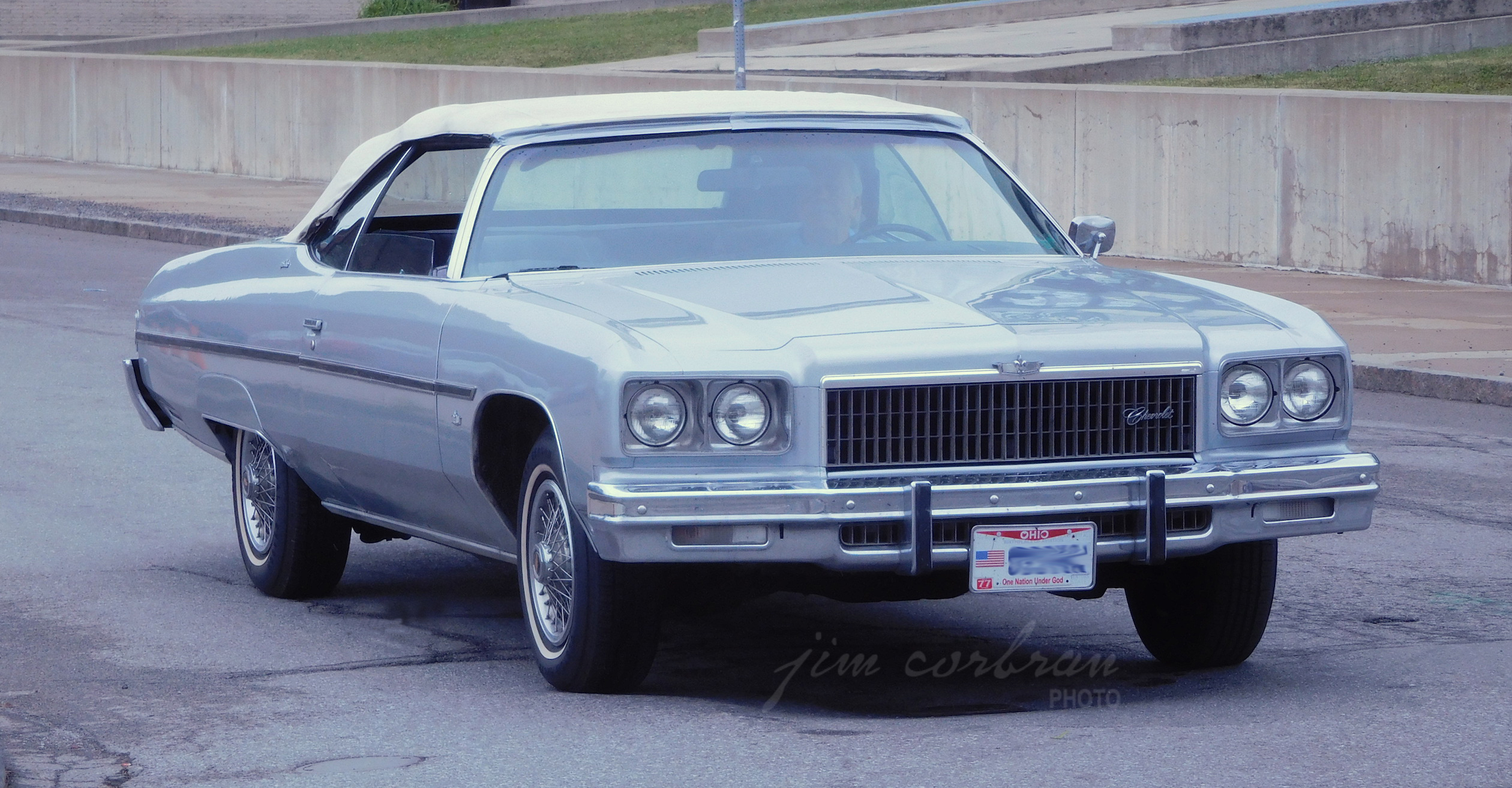 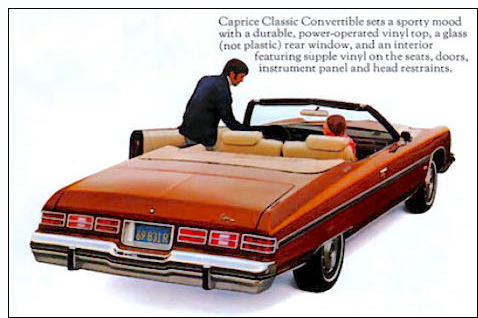 We spotted this 1975 Chevy Caprice Classic coming down a side street during the start of the 2018 Hemmings Motor News Great Race in Buffalo. Chevy called the Caprice Classic “Our uppermost car.” It was available in three other body styles: four-door sedan or hardtop, and a two-door coupe. The brochure didn’t mention that this would be the final year for a full-sized Chevy convertible, but, it was. A total of 8,349 were produced