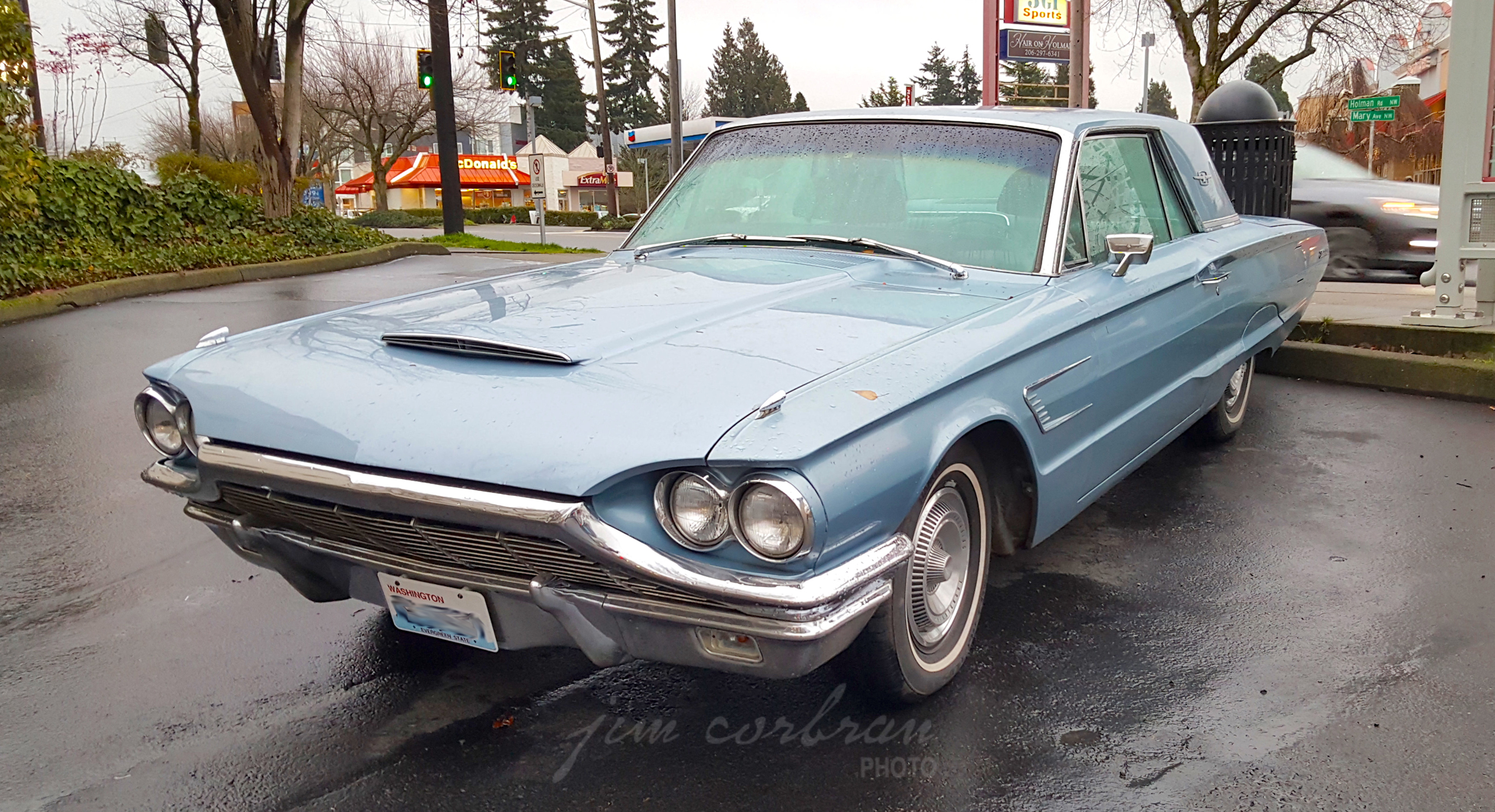 This 1965 Ford Thunderbird hardtop is one of the many old cars we saw while driving around the city of Seattle back in December 2018. This one is remarkably intact from what we can see here, except for the missing Thunderbird emblem on the hood. In ’64 the word Thunderbird was spelled out on the hood above the grille, and in 1966 (below), the final year for this body style, the hood on the newly shaped front end was left bare and the emblem, now enlarged and in 3-D, moved down onto the grille area.