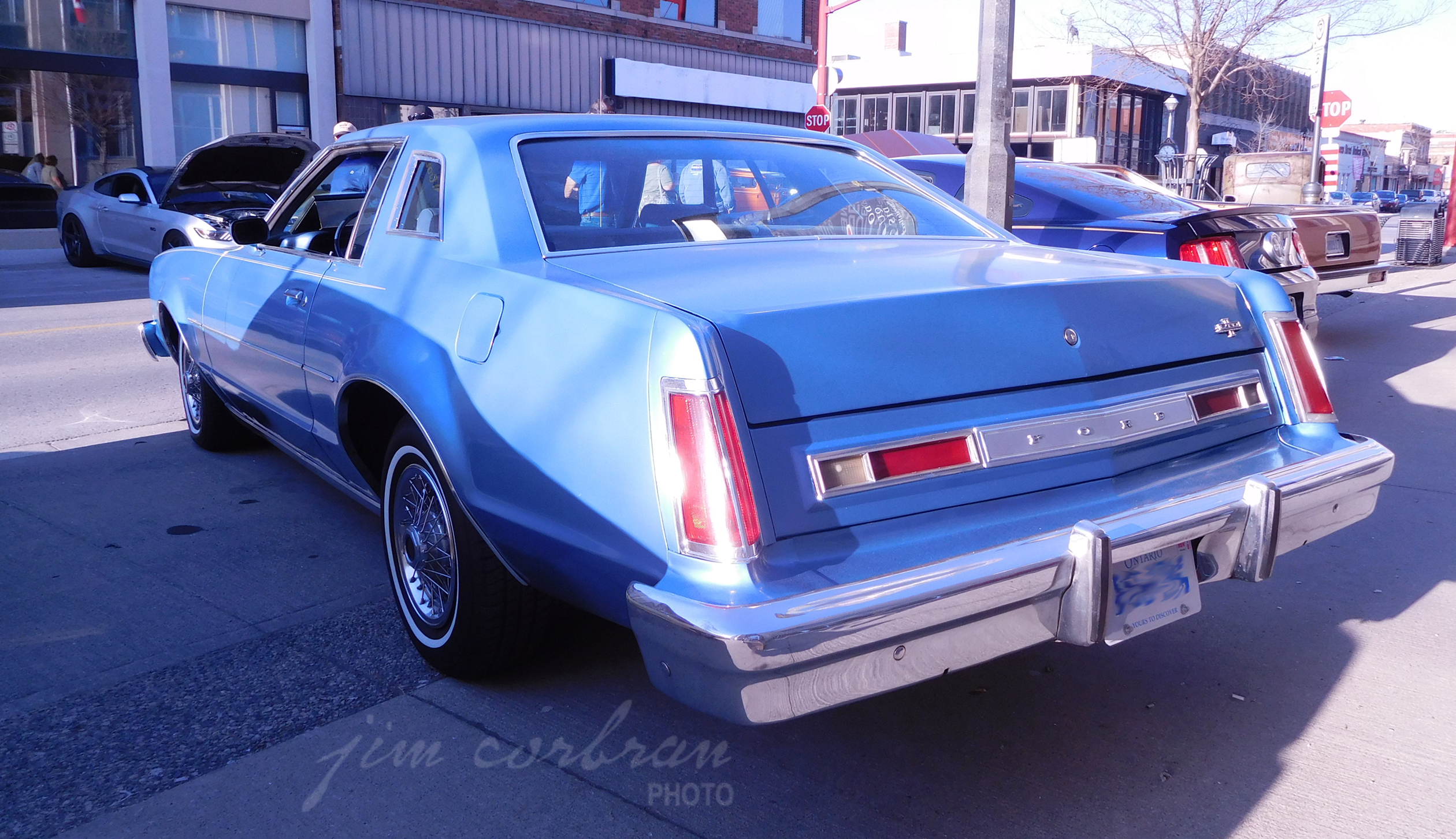 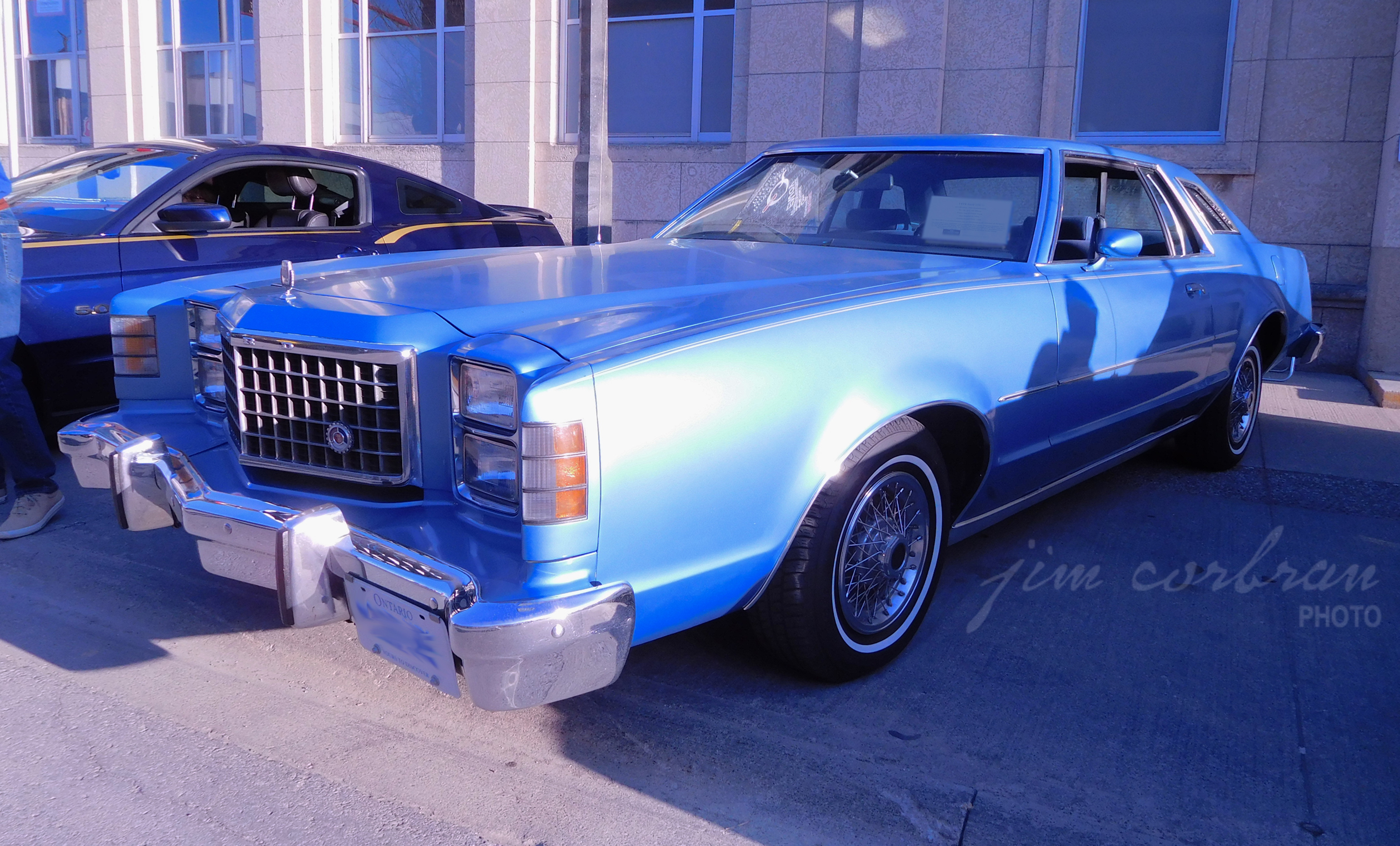 This 1978 Ford LTD II comes to us from a very confusing point in the North American automobile-naming era. In MY 1977 Ford’s mid-sized models morphed into this LTD II, replacing the both Torino and Elite nameplates with a name usually associated with Ford’s full-sized models; while its cousin, the Mercury Montego, moved all of its cars (including four-doors and station wagons!) under the Cougar umbrella. A few years later over at GM, the Pontiac Bonneville would pass its name on to the midsized LeMans lineup, and Oldsmobile would tack the Cutlass badge onto just about anything smaller than a barge. Plymouth and Dodge got into the mixing and matching game with Fury, Gran Fury, Monaco, and Royal Monaco models. Today’s RealRide, seen a couple of summers ago on Queen Street in Niagara Falls, Ontario, was taking part in a weekly Cruising On the Q cruise night. It’s been in the same family since 1988, and is now owned by 17-year-old Kenny M. Jr. Nice! 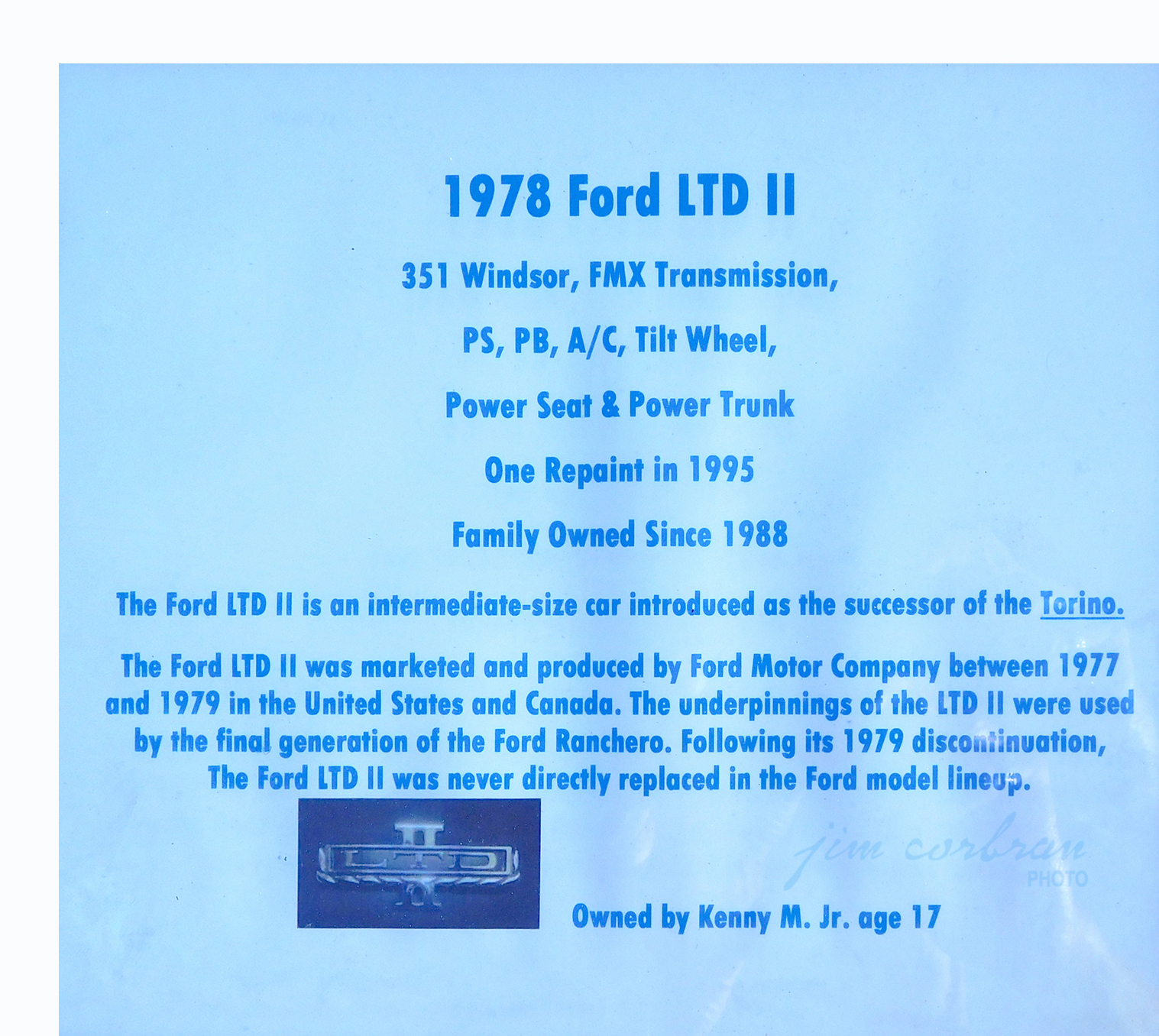