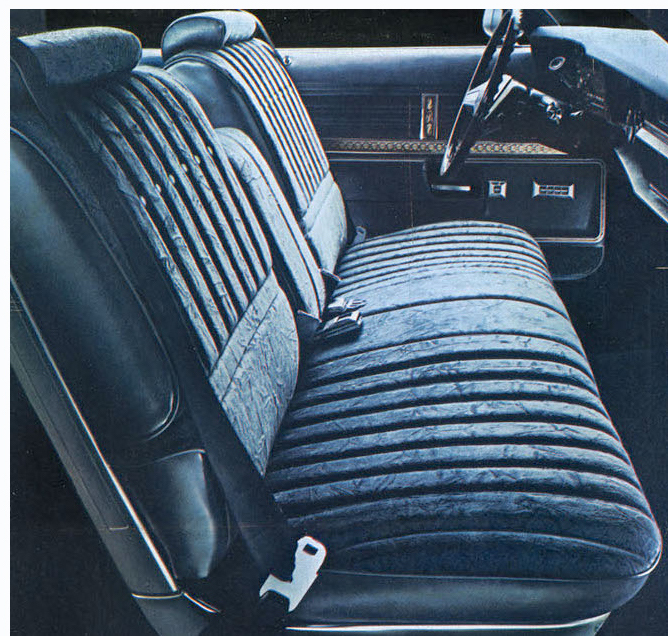 Ever since taking a photograph in the Town of Lockport of this 1975 Oldsmobile Delta 88 Royale back in 2015 I’ve been trying to decide if the springs/shocks were shot, or if the trunk had just been loaded-up with friends for a trip to the Transit Drive-In. Lol… I’m guessing not the latter, seeing what a rainy day it was, but hey, you never know! Had the owners opted for one of the closed Royale models (two- or four-door hardtop or four-door sedan), they could have enjoyed a very 1970’s living room-like interior much like the one pictured here (although, with its Colonial Cream paint job, I doubt if today’s RealRide could have been had in this blue Lombardy velour).