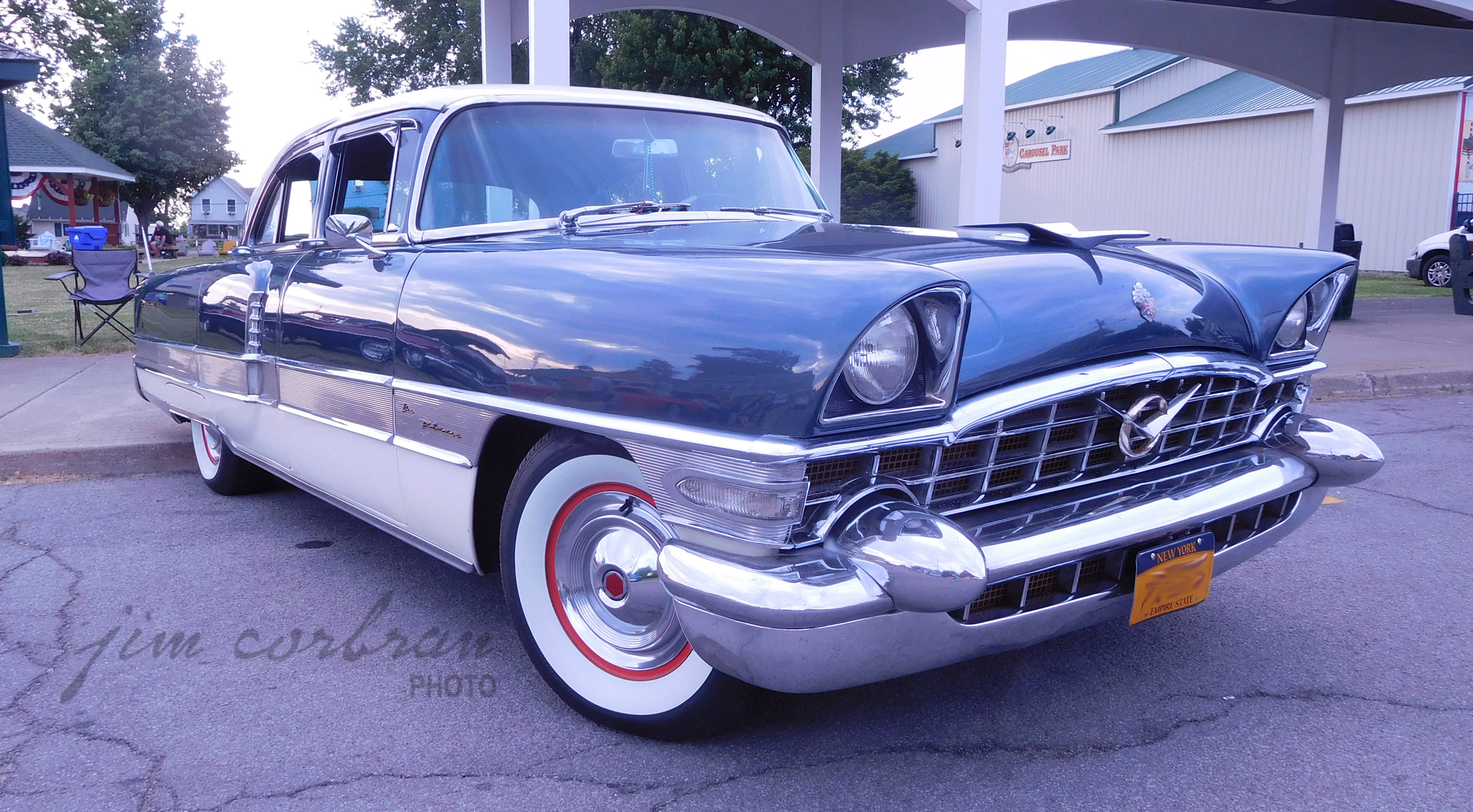 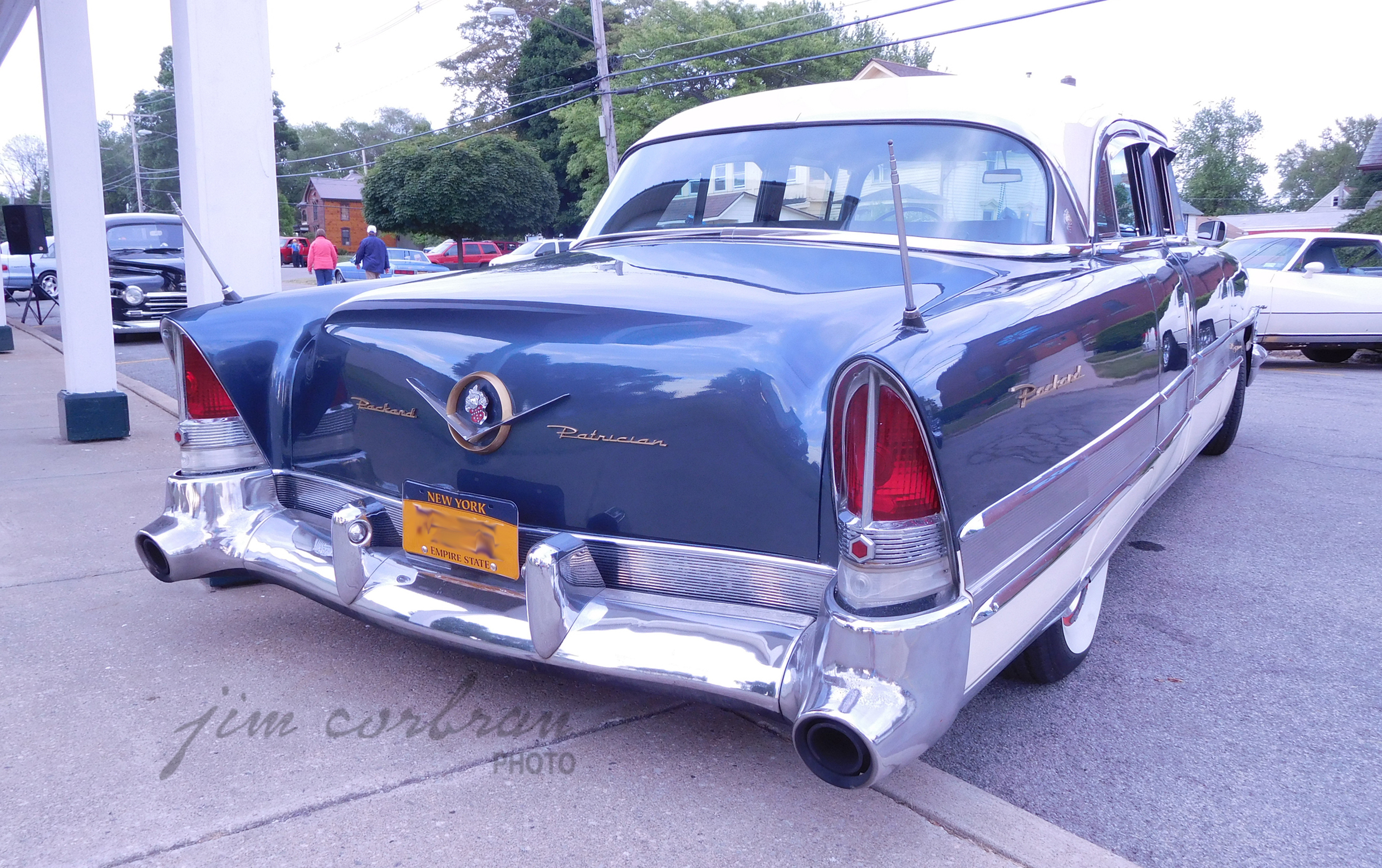 This 1956 Packard Patrician finally brought the Detroit automaker into line with the rest of the mid-fifties cars gracing America’s showrooms. The “many-faceted grillwork… flow of its broad Caribbean-inspired side molding…deep-breathing V-8 engine” should have all contributed to a successful sales year. Unfortunately, it didn’t happen that way. By the time these new ’56 models were introduced, Cadillac was firmly entrenched as THE luxury brand, and Lincoln grabbed most of the scraps which Cadillac let fall to the floor. A merger with Studebaker (which actually was a purchase of Studebaker by Packard) began the peal of the death knell for Packard. By 1957 all Packards were nothing more than slightly modified Studebakers; by 1959 Packard ceased to be as a nameplate. We saw this one last summer at a weekly Saturday cruise night in Olcott.