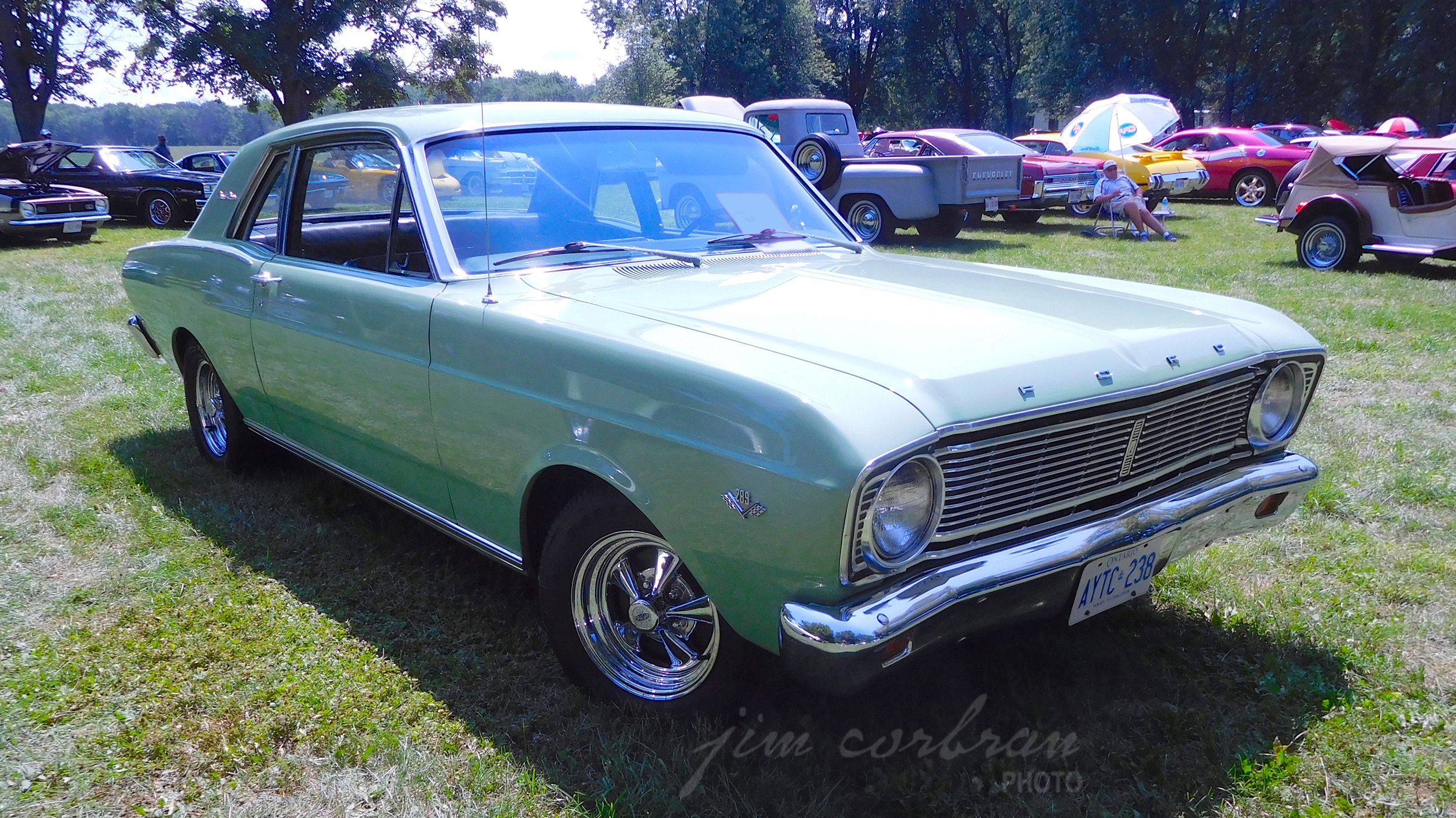 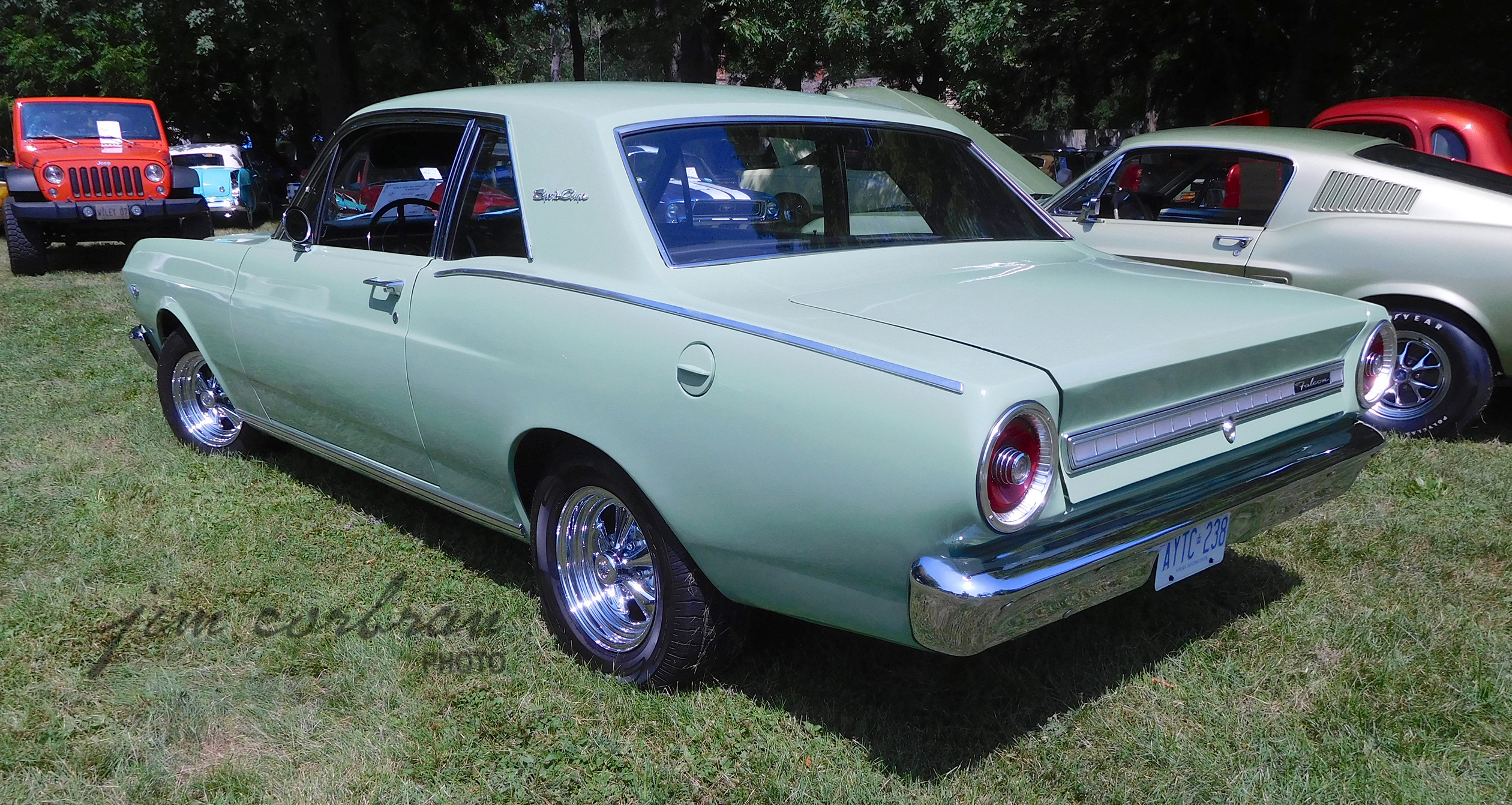 The brochure told us that as far as the 1966 Ford Falcon Futura Sports Coupe was concerned, its “No. 1 feature is economy… traditional Falcon all the way!” Probably a wise decision by the marketing folks, as by 1966, for just 88 bucks more you could have a Mustang hardtop. So, as sporty as the Futura Sports Coupe was, it was still pretty much Aunt Ethel’s Falcon with a pair of bucket seats. We came upon this (IMO) rarely-seen-at-a-car-show Falcon back in 2018 at the Kinsmen Show and Shine car show in Niagara-on-the-Lake, Ontario.