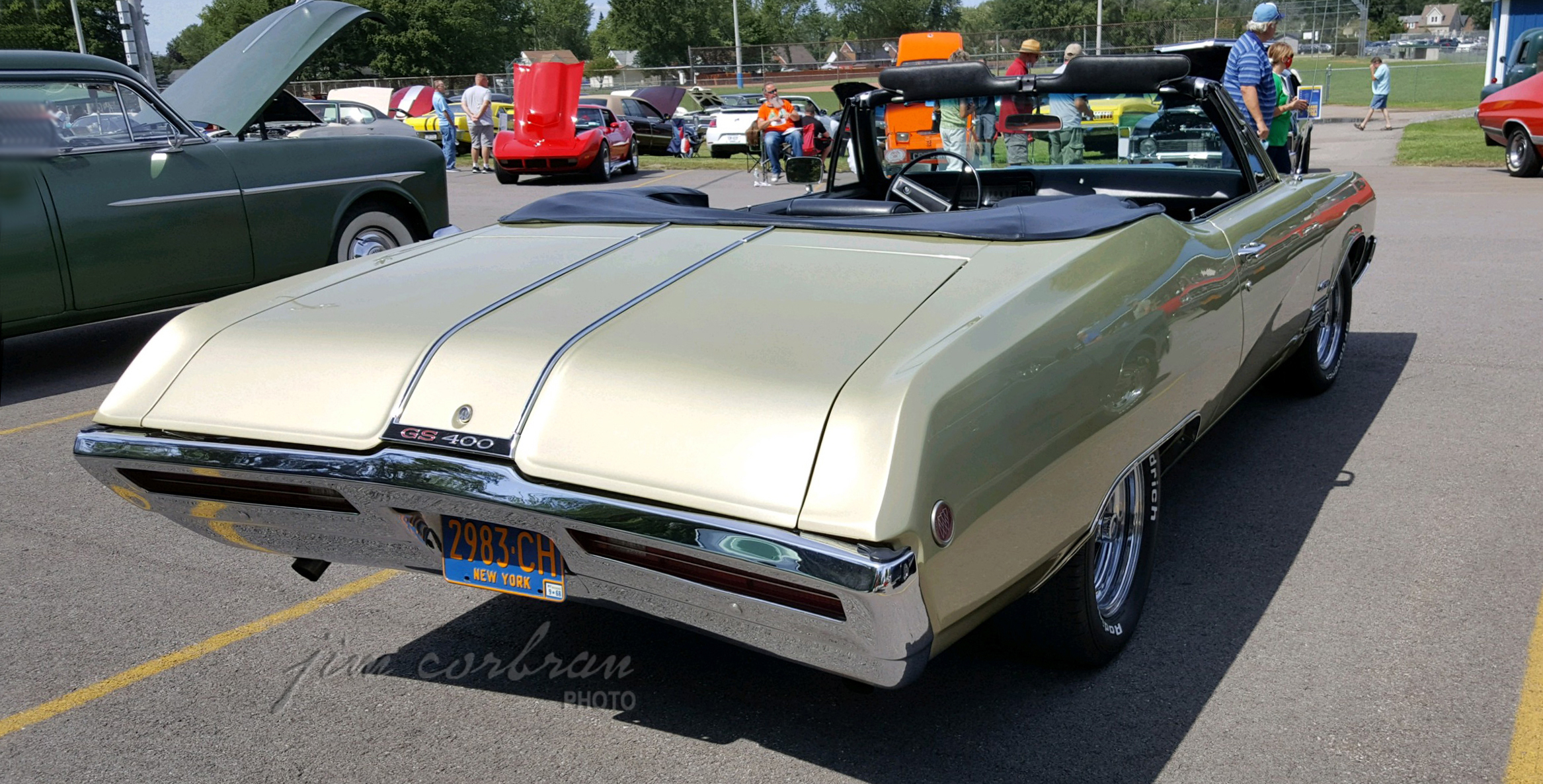 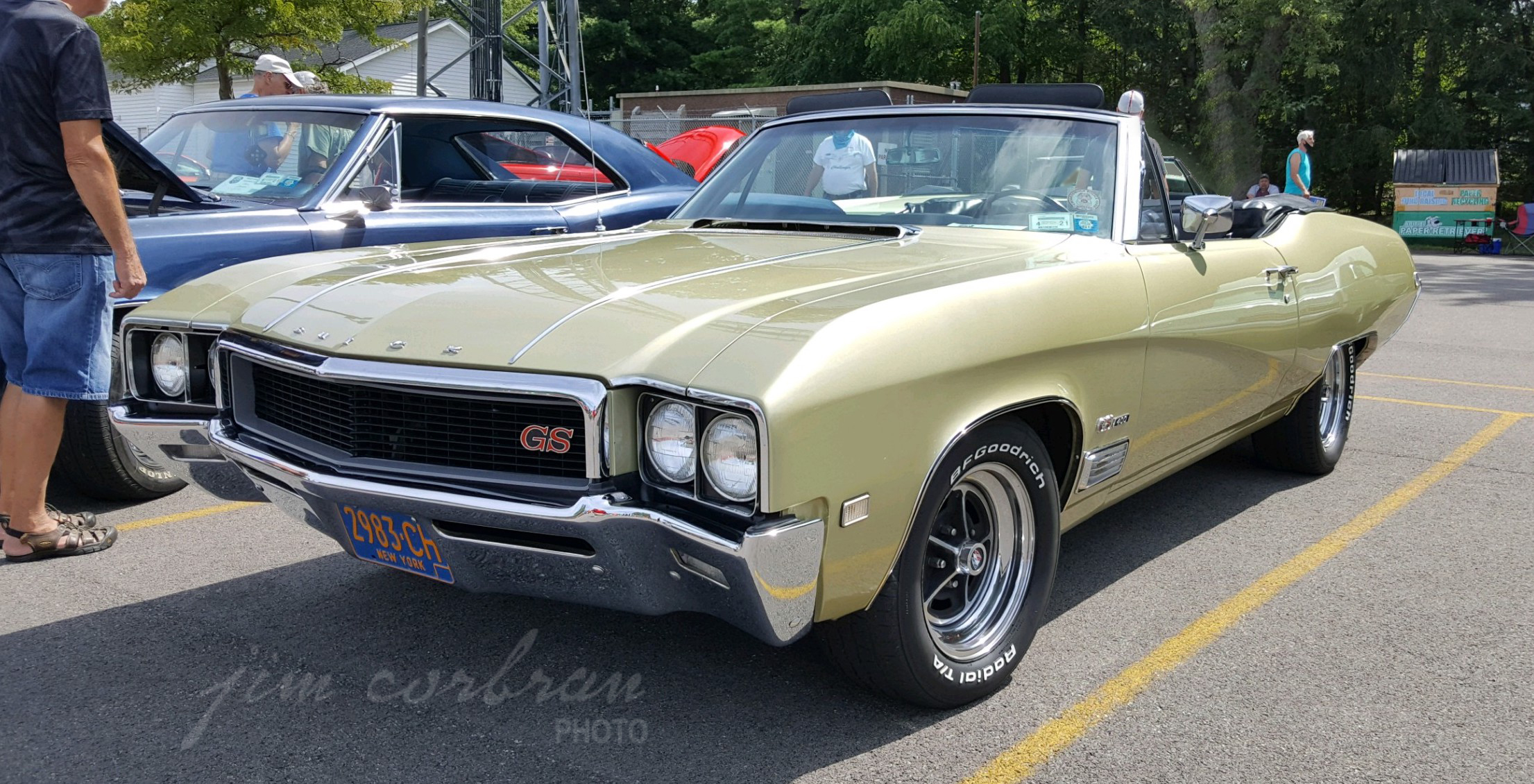 For your perusal: another rarely-seen-at-a-car-show car, this 1968 Buick GS 400. It came standard with a 400cid 4-bbl V8 under the hood (a very similar GS 350 came with — surprise! — a 350cid 4-bbl V8). Buick told us that the GS had “… a look that brings to mind a whole list of stirring adjectives. Clean. Fresh. Masculine. Just to name a few.” Apparently women weren’t interested in Buick muscle cars back in 1968. Buick’s loss. We saw this well-kept convertible last summer at the annual Taste of West Seneca car show in West Seneca.