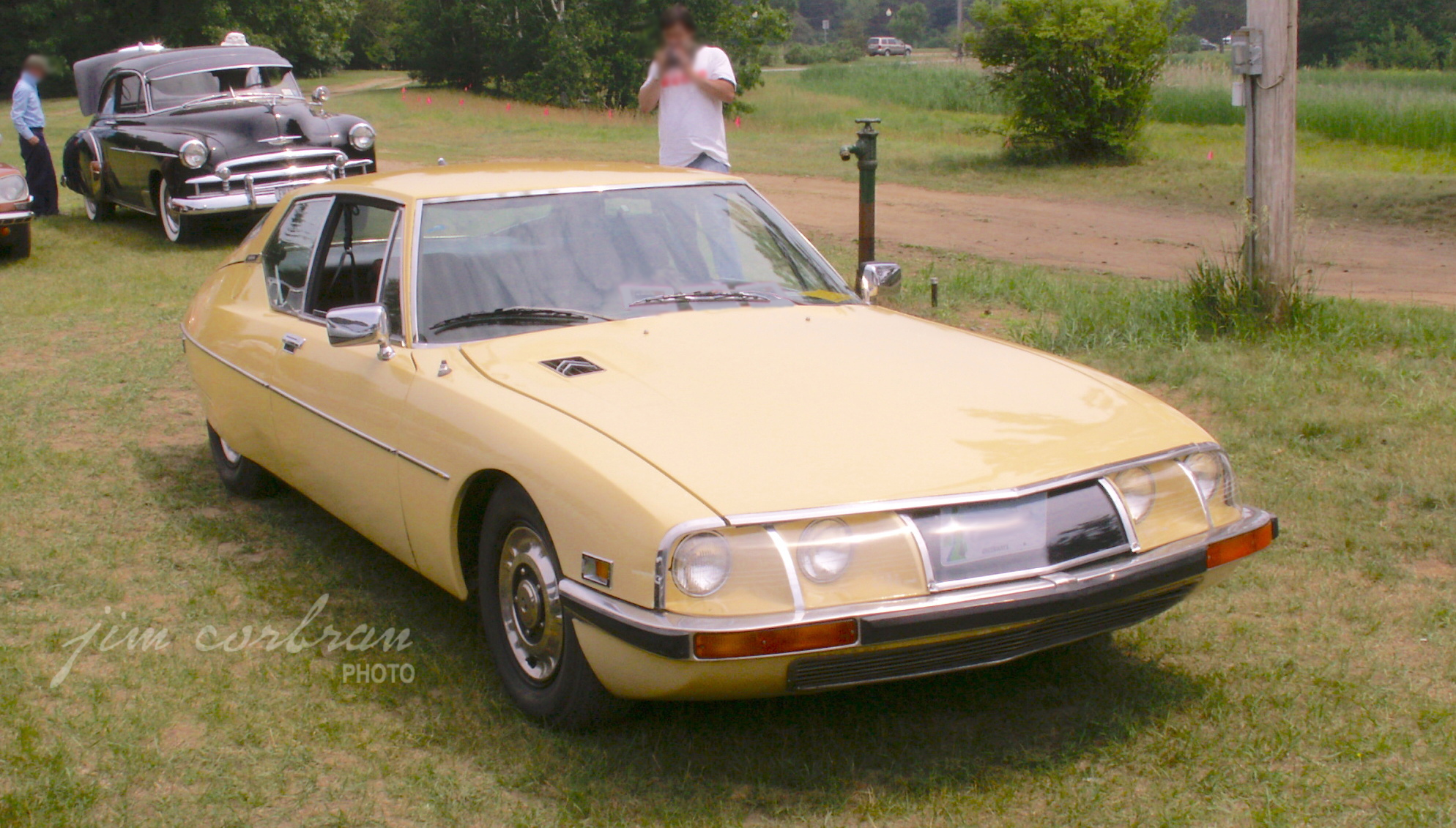 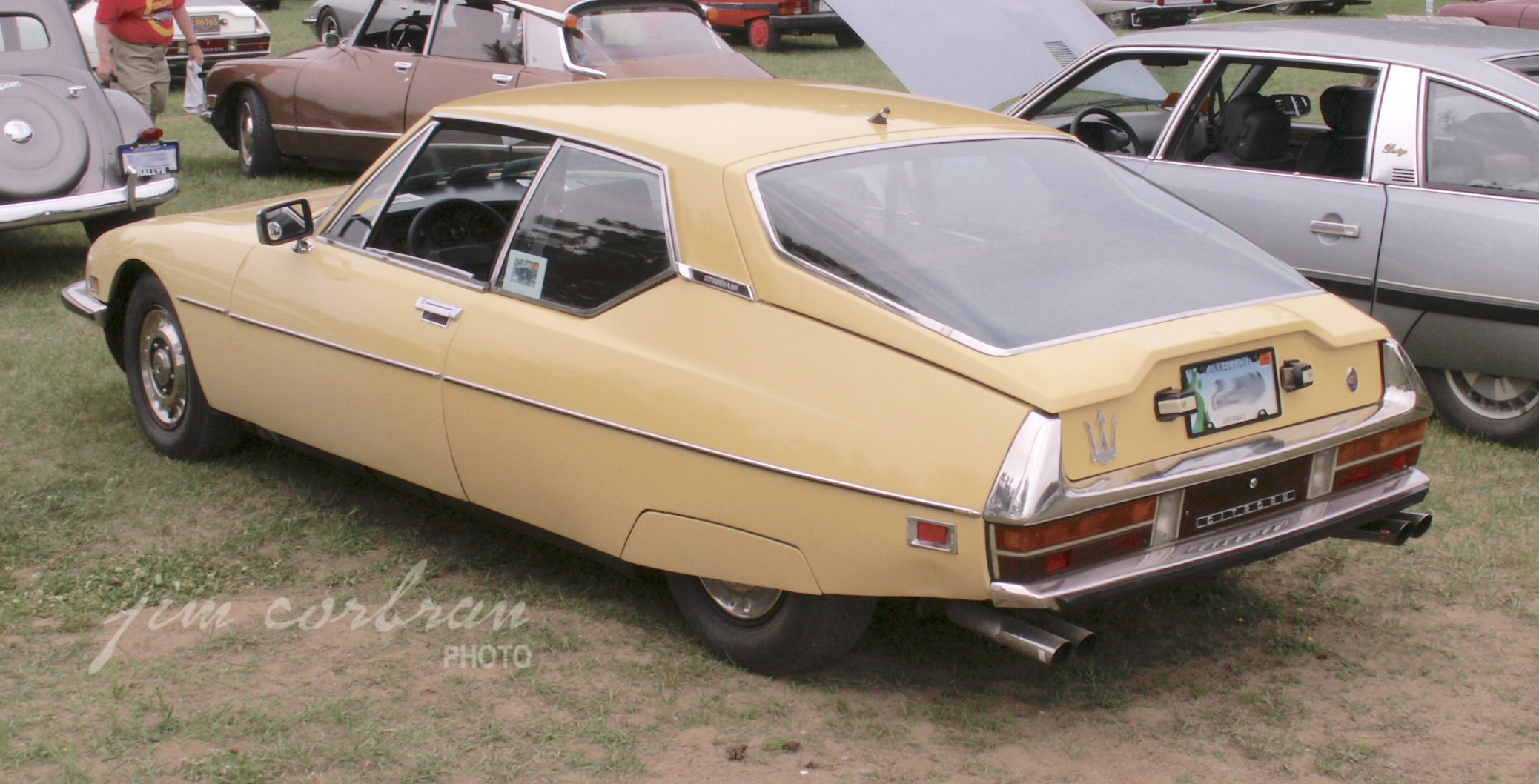 If you wanted a car that stood out from everything else in your Anytown, U.S.A. neighborhood, you couldn’t get much more far out than this 1973 Citroën SM, which we saw at the 2008 Citroën Rendezvous in Saratoga Springs. Citroën knew it was different… the SM’s slogan was “The Harmony of Opposites, Luxury With Comfort.” Under the hood was a Maserati engine, while under the car was Citroën’s famous hydropneumatic suspension. Inside, a new twist on their trademark single-spoke oval steering wheel could be found, as well as a pair of seats like no others, which were “…contour-molded and adjustable for height, depth, and fit of body.” As the brochure said, "The Citroën SM has four wheels like other cars. That is the only way it is like other cars.” 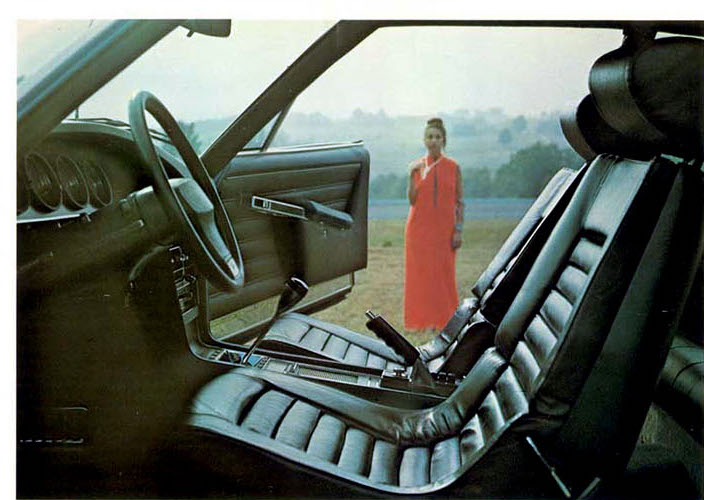