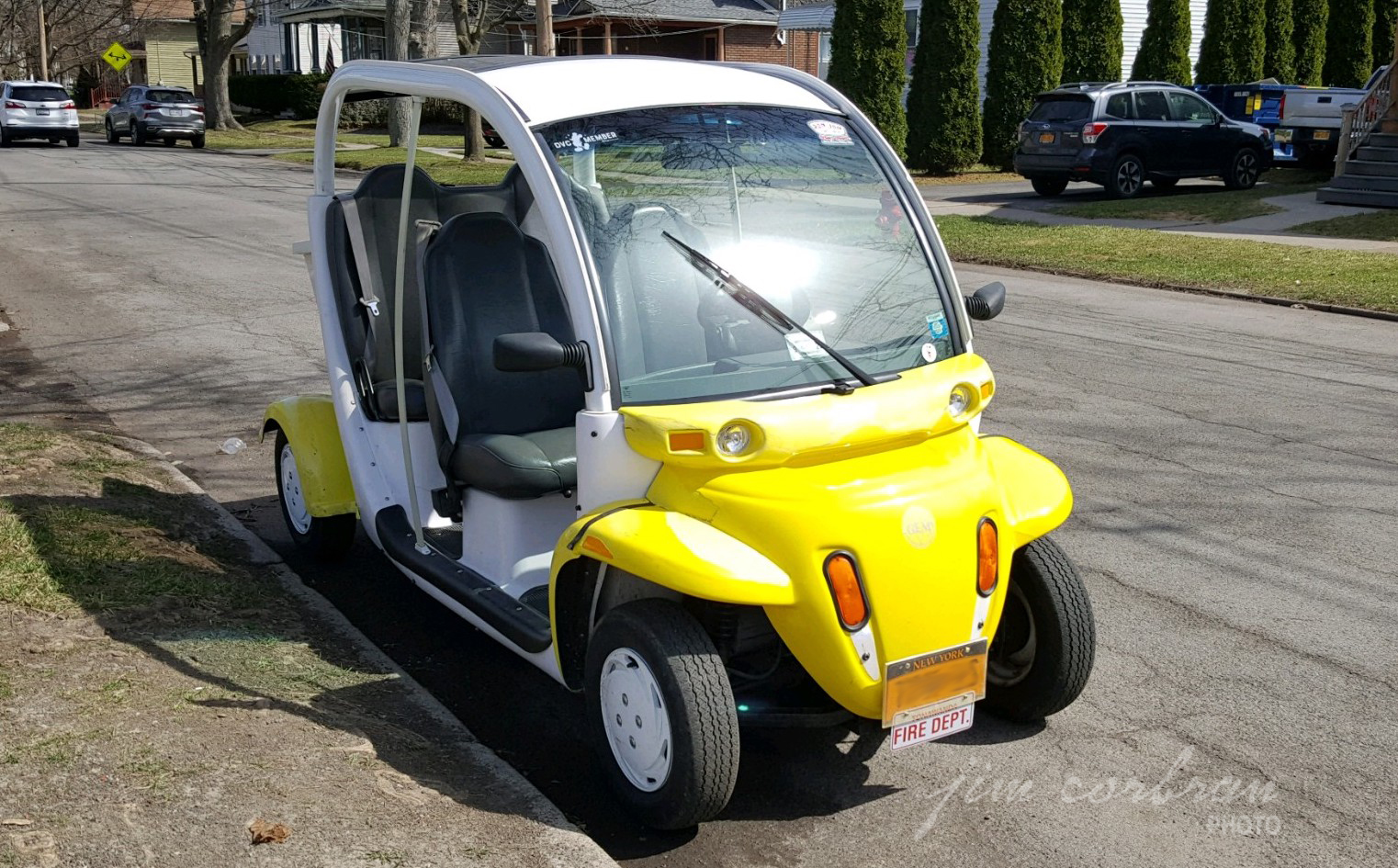 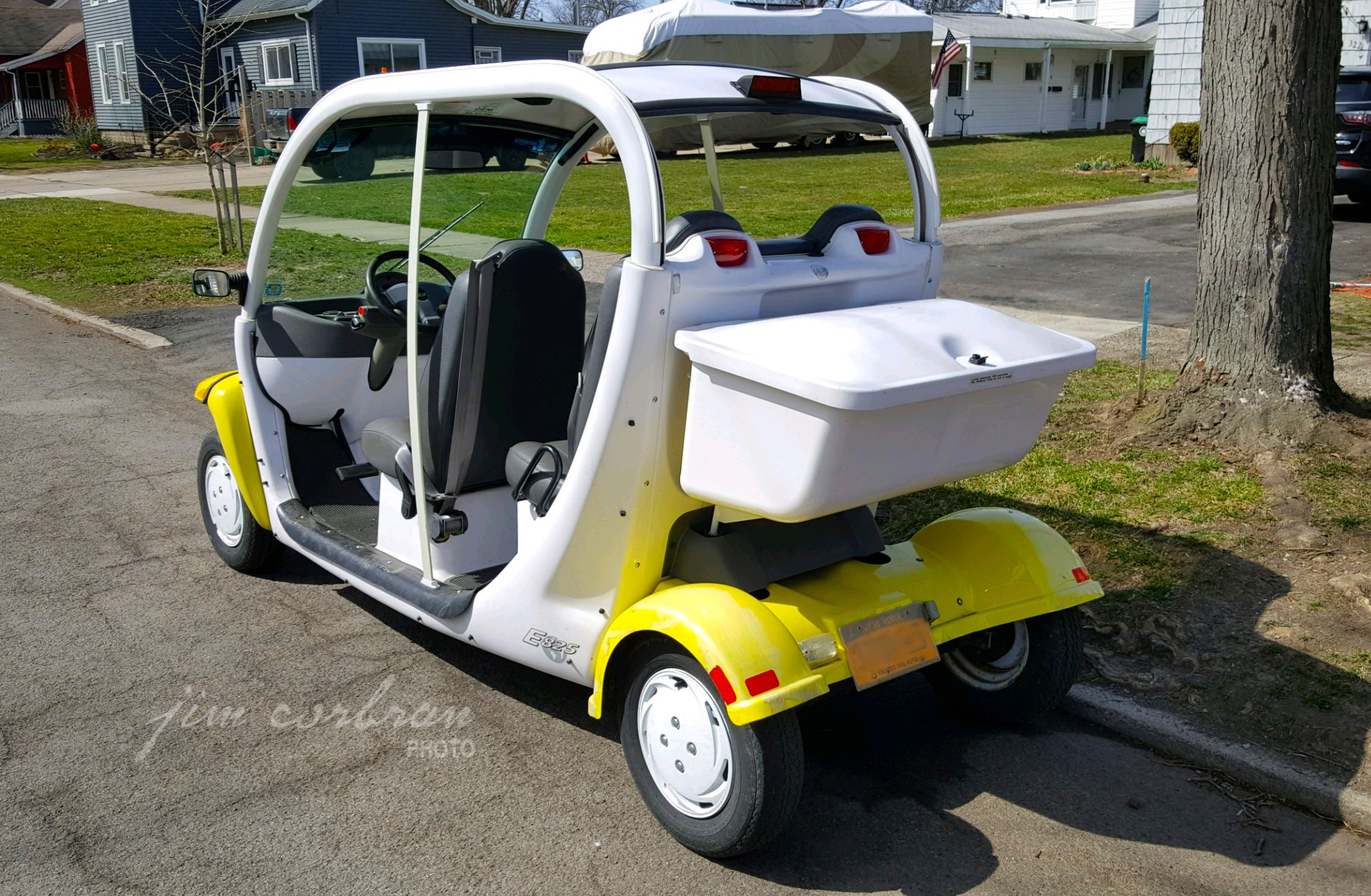 You’ve gotta admit it’s pretty unusual to see a 2002 GEM out in the wild these days. Or ever here in WNY, outside of a municipal park or gated community. GEM stands for Global Electric Motorcars, the DaimlerChrysler company which produced these all-electric, zero-emissions NEVs (neighborhood electric vehicles). Back when these were new I was doing regular new car road tests for another local newspaper, and took the kids with me for a drive in an ’02 GEM four-door similar to this one, which was seen a couple of weeks ago parked in the City of Tonawanda. At the time, my then ten-year-old son commented “I could even drive this car — let’s buy one!” Needless to say, I passed on the idea. Back in 2002 I didn’t have an extra $9,876 just lying around to use for a part-time car! As the photo shows, they require a “Limited Use” license plate, as their top speed is 25 mph.