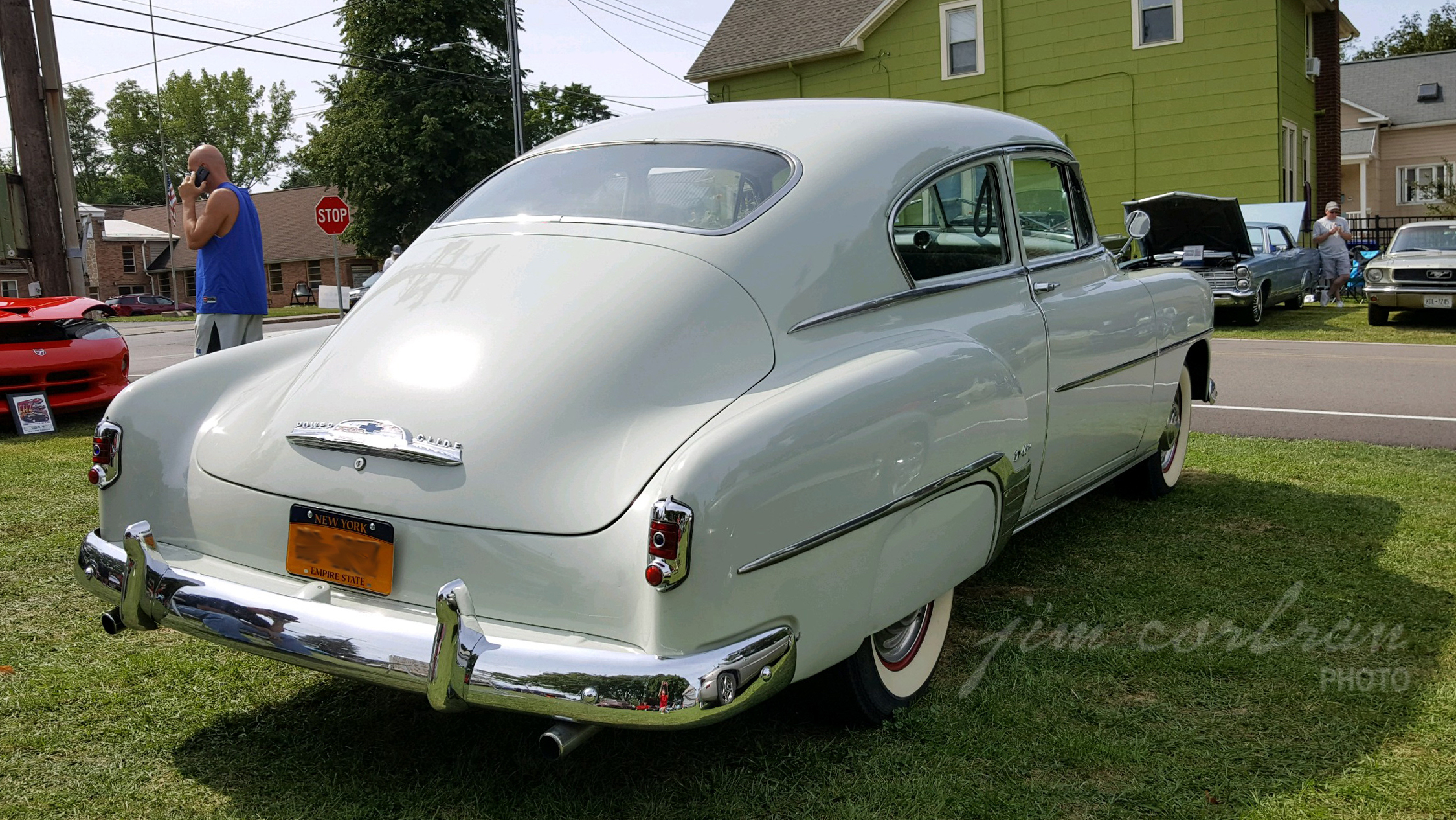 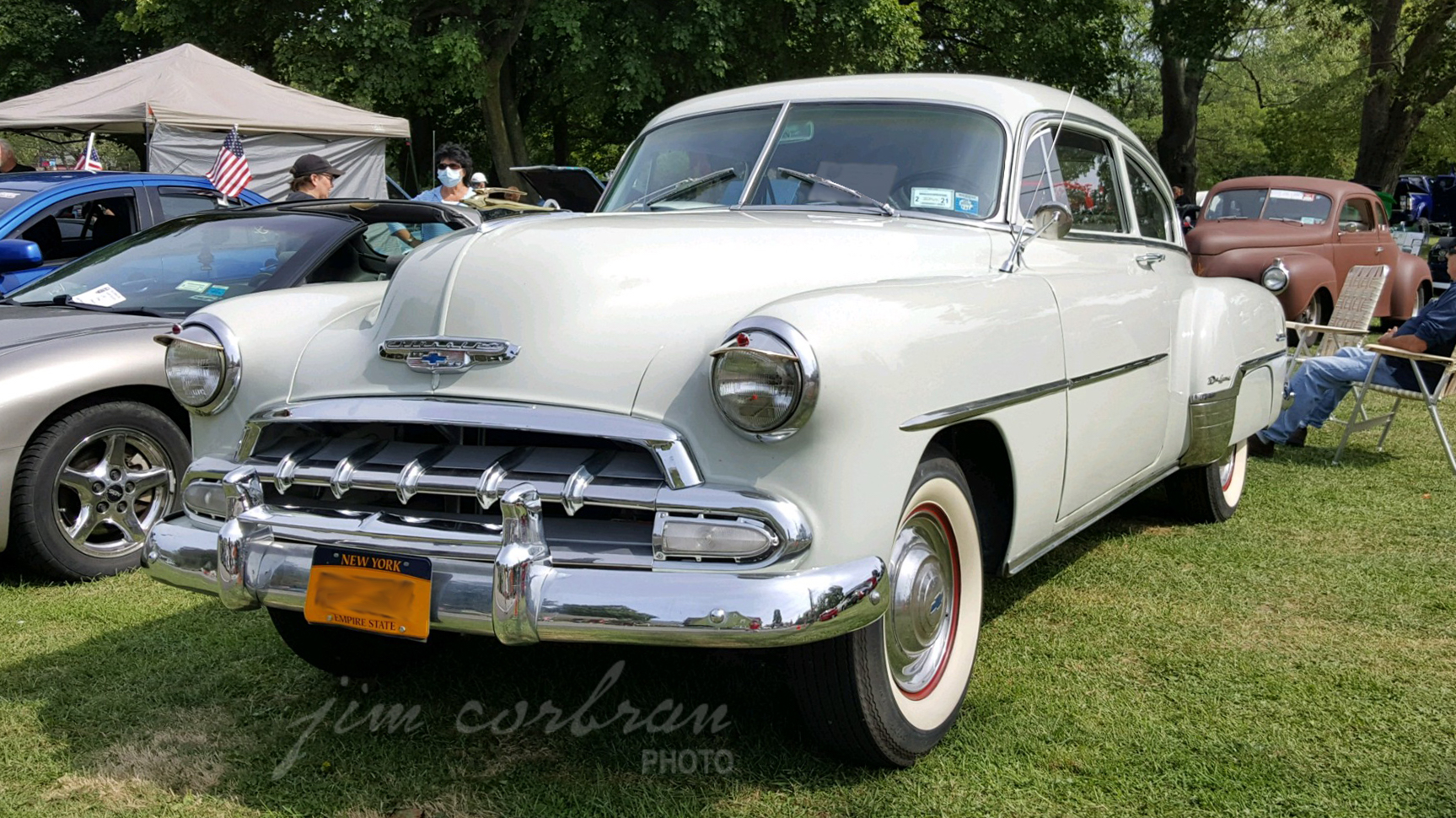 Cars from the year of one’s birth are always just a tad more interesting, IMO. Like this 1952 Chevrolet Fleetline DeLuxe, which was the last of its breed (that breed being the full-sized fastback body style which was popular back in the 1940s). The Fleetline was one of seven different body styles offered by Chevy for MY 1952, along with: two-door versions of the sedan, sport coupe, hardtop, and convertible, and a four-door sedan and station wagon. We saw this nicely preserved example last summer at a car show in West Seneca behind the Town Hall held during the annual Taste of West Seneca.