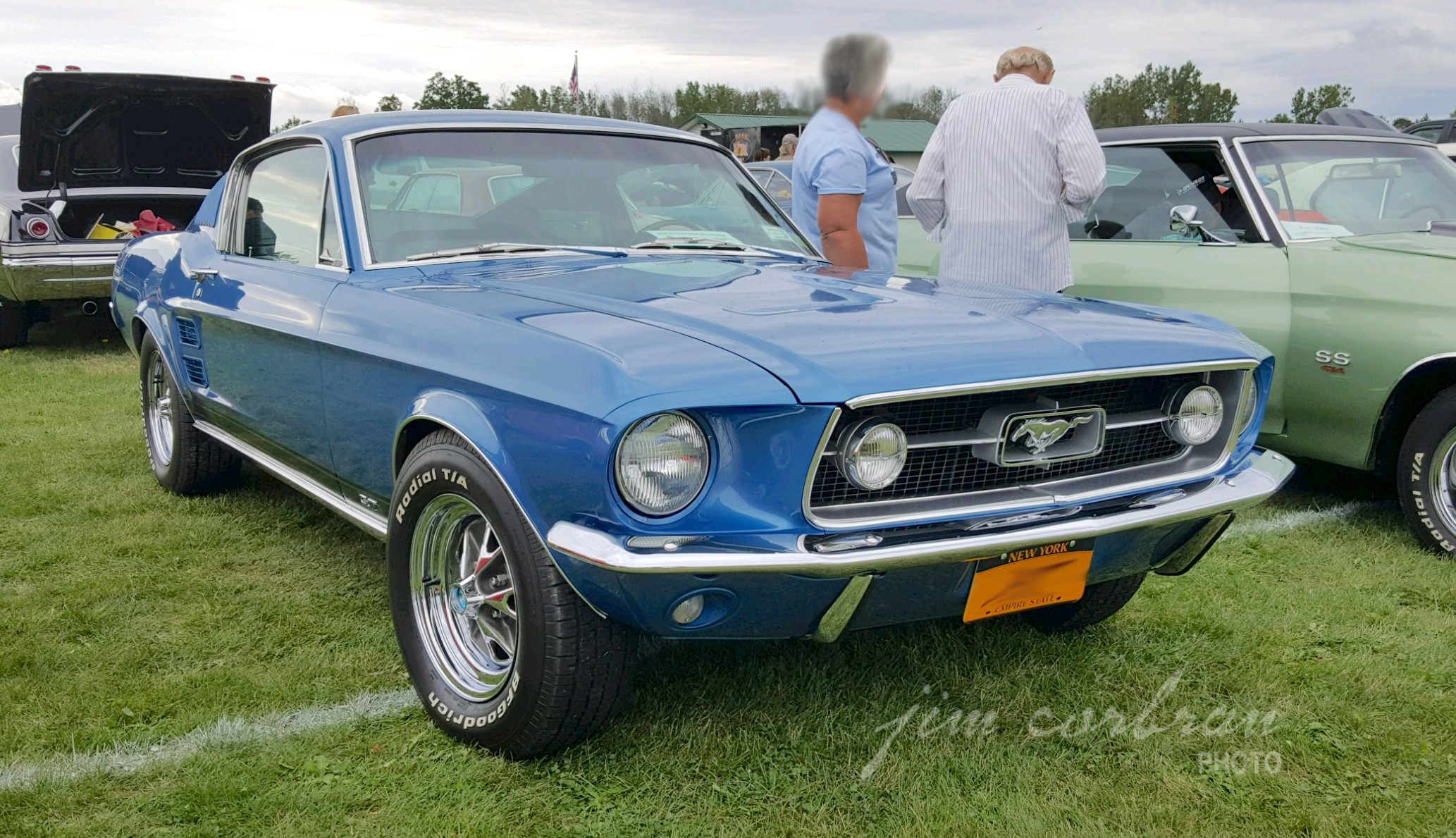 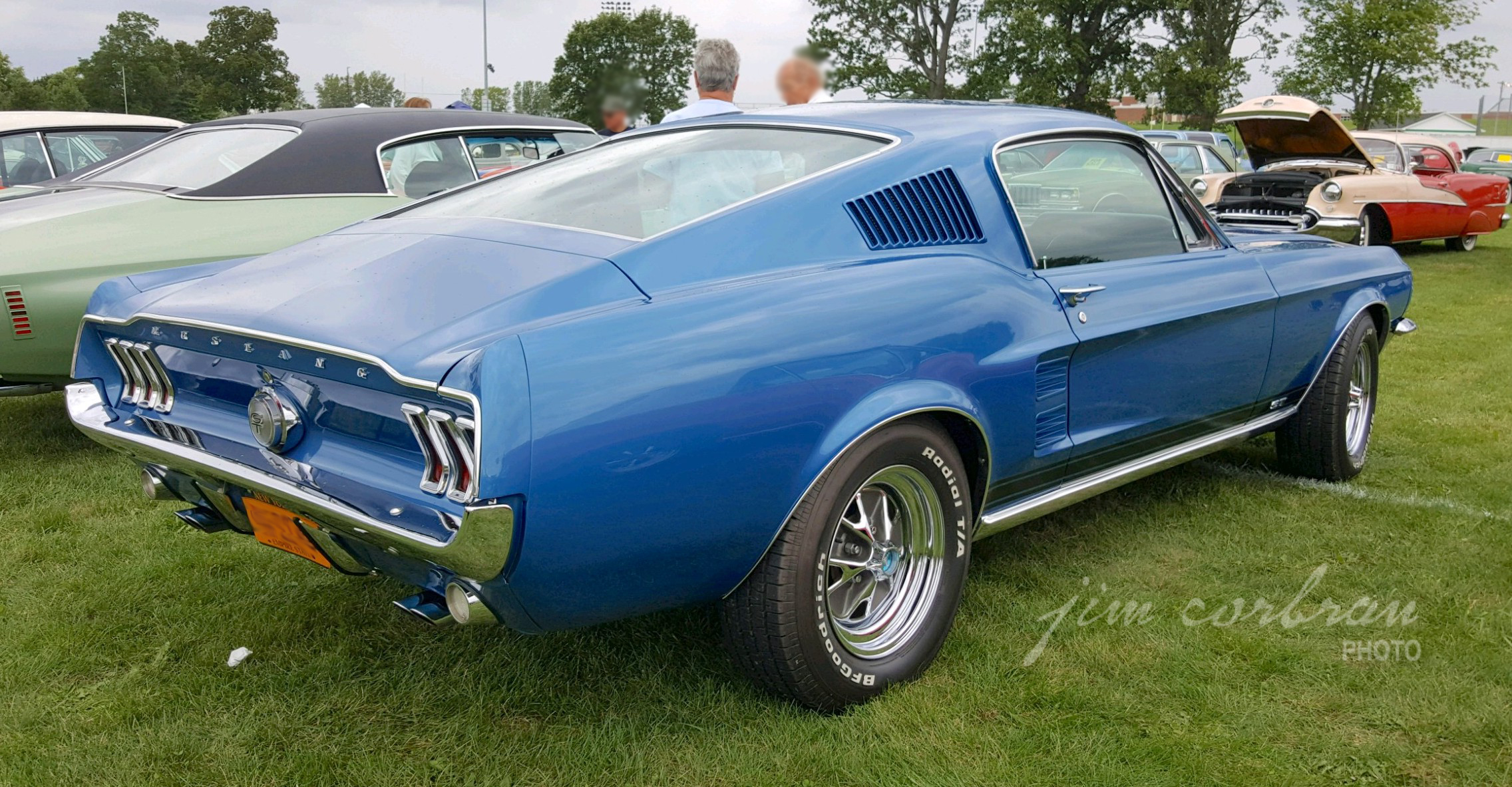 When this 1967 Ford Mustang GT was new, this body style was still officially a 2+2. The GT part was an option package which included: front power disc brakes, 4” fog lamps, special low-restriction dual exhaust system and chromed “quad” exhaust outlets (depending on the engine), GT side stripes (not seen on this car), GT ornamentation on gas cap, special Wide-Oval tires, higher-rate springs and shocks, and stabilizer bar. Cost of this package? A whopping $205.05 in 1967 dollars! It’s nice to see a relatively unscathed Mustang GT from this era — especially in the Mustang-only Acapulco Blue. Found this one last summer at the 12th Annual Kiwanis Car Show in Pembroke.