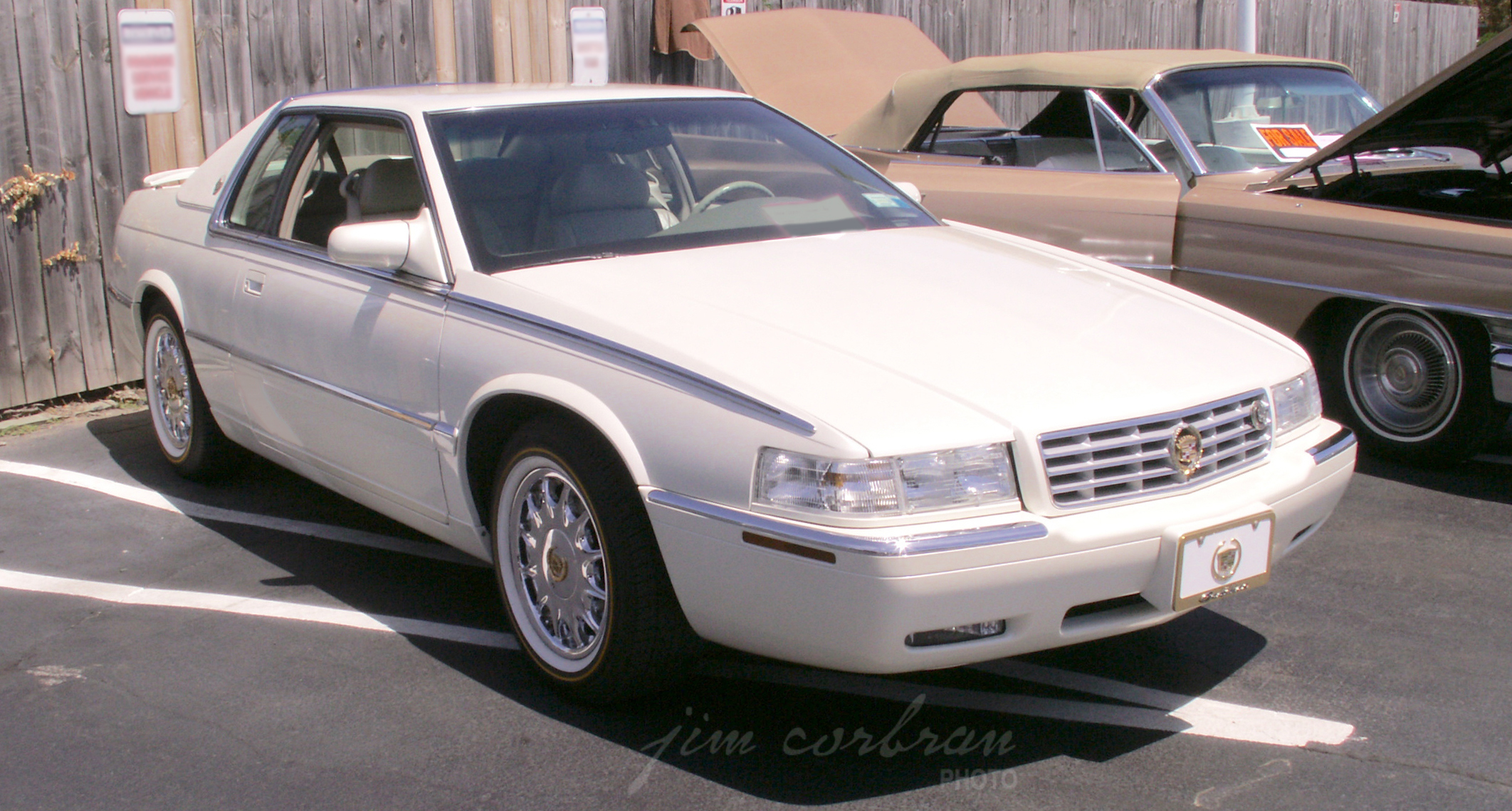 This white-on-white Cadillac Eldorado is from the marque’s 12th and final (so far) generation. The American luxury brand’s first front-wheel-drive car began production for MY 1967, one year after Oldsmobile’s Toronado debuted. The twelfth-gen Eldo was sold from 1992-2002; before it arrived the nameplate had gone through many changes in size over the decades. Beginning with the tenth-gen cars, it wouldn’t be too much of a stretch to call them sort of a two-door version of the Seville. We saw today’s RealRide back in 2016 at the WNY Cadillac & LaSalle Owners car show at Keyser Cadillac in Williamsville.