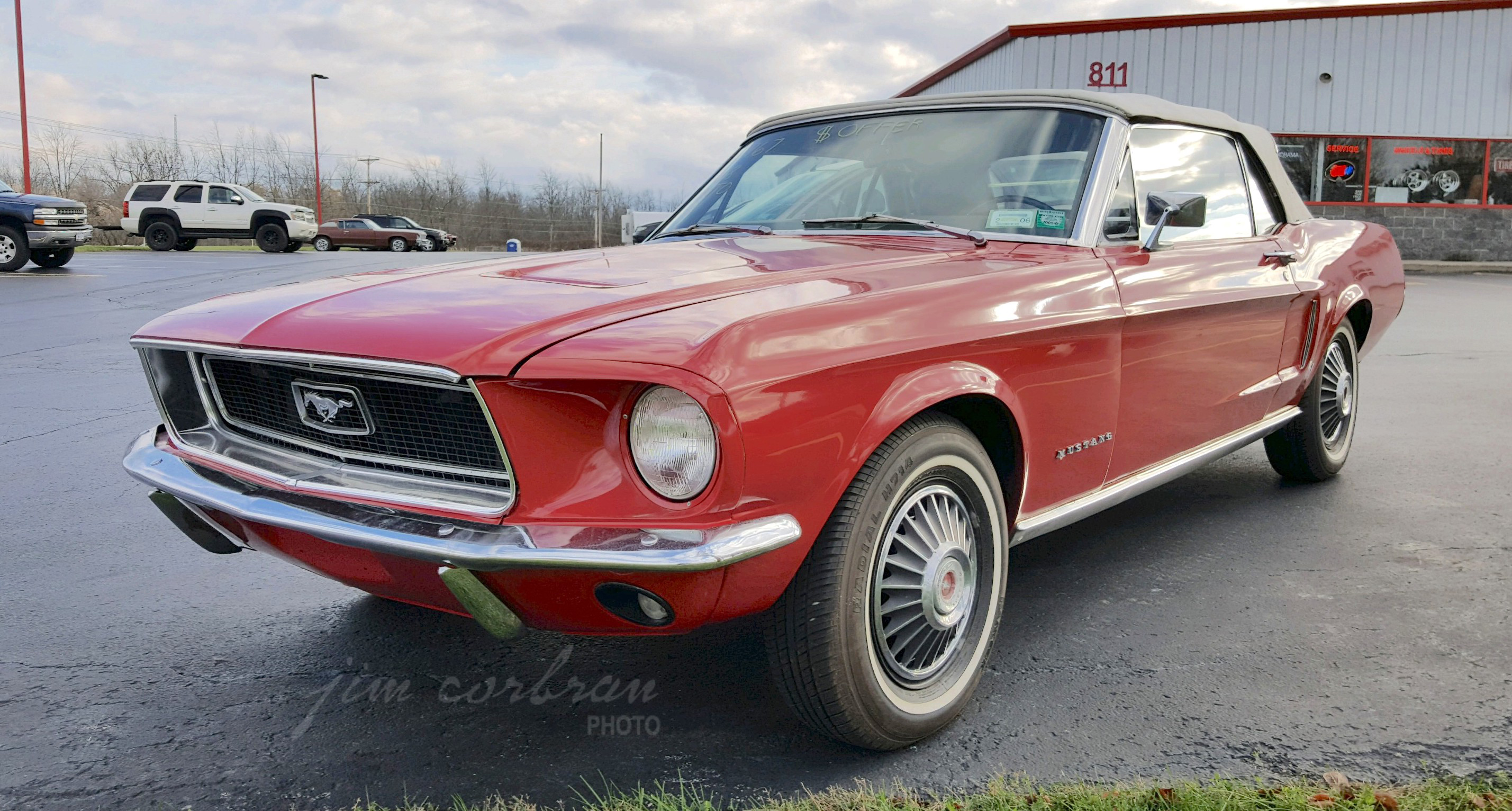 At first glance this would seem to be a 1967 Ford Mustang. This version lasted only two model years with subtle differences between the 1967 and the 1968 models. However… this car has some of each. There are no side marker lights/reflectors, which would indicate a 1967 model, but the grille seems to be from a 1968, as do the side scoops forward of the rear wheels. The grille is a relatively easy switch for someone to make. But the side lights/scoops situation would entail a lot of work — if this is indeed a 1968, the holes for the side lights (or possibly, reflectors; the 1968 brochure refers to "side marker lights or reflectors") have been filled. If it’s a 1967, changing the side scoops looks pretty complicated. See the photos from both years below. The wheel covers appear to be from a 1967 model; the differences were pretty subtle between the '67 and the '68. We saw this one this past fall in Tonawanda. 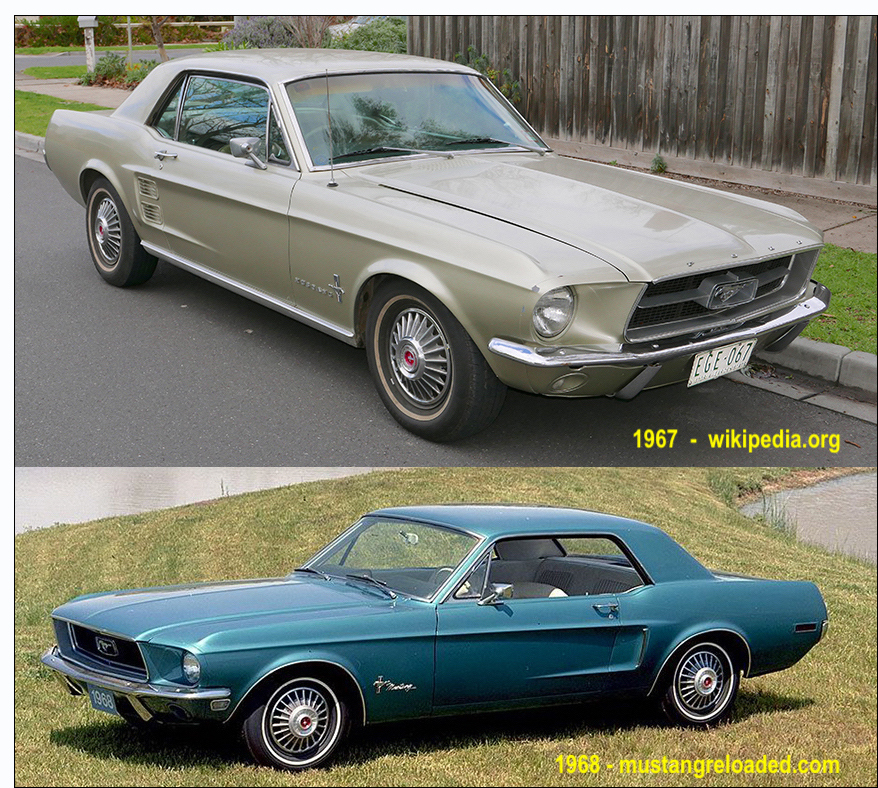