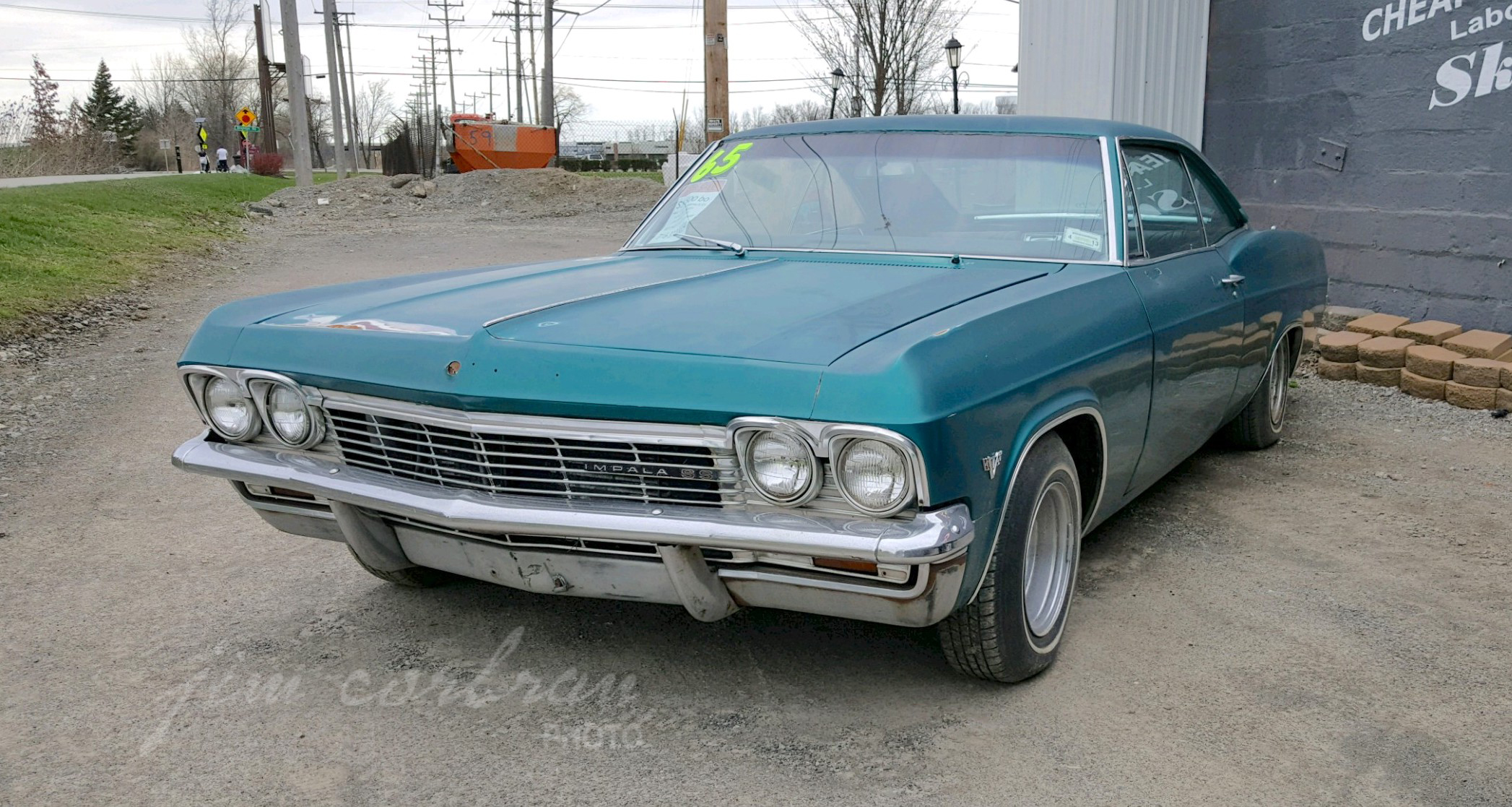 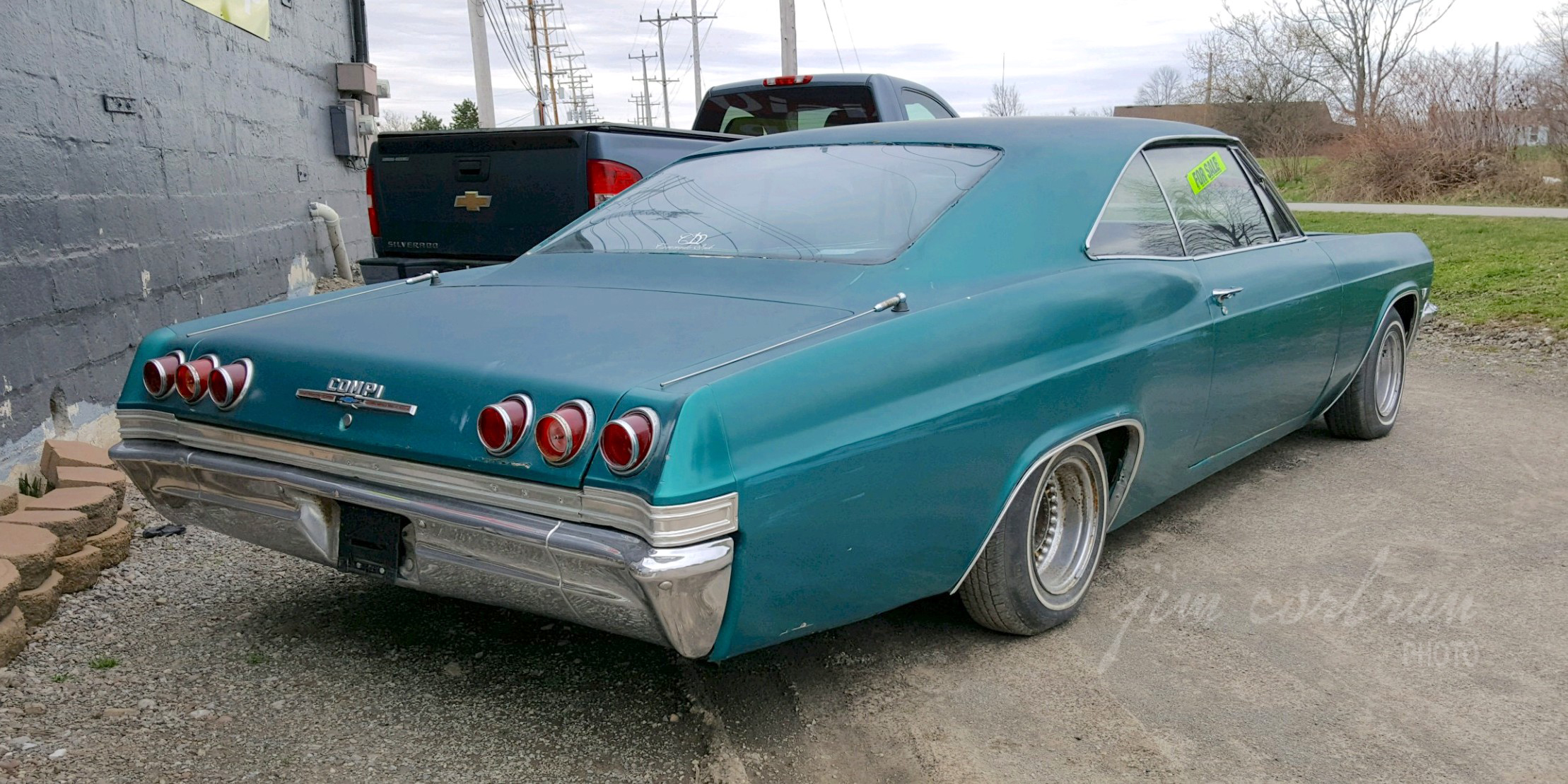 The 1965 Chevrolet Impala was one of the all-time best-sellers, so it’s not surprising to still see them out and about 55 years later. We came across this one, with a for sale sign in the window, a few weeks ago while out riding the Rails-to-Trails bike path in Tonawanda. I guess the sellers thought tempting the path users might be a better move than parking it out front where vehicular traffic would have seen it. A few modifications have been made to this one, but it still looks pretty much intact if someone was interested in restoring it back to stock