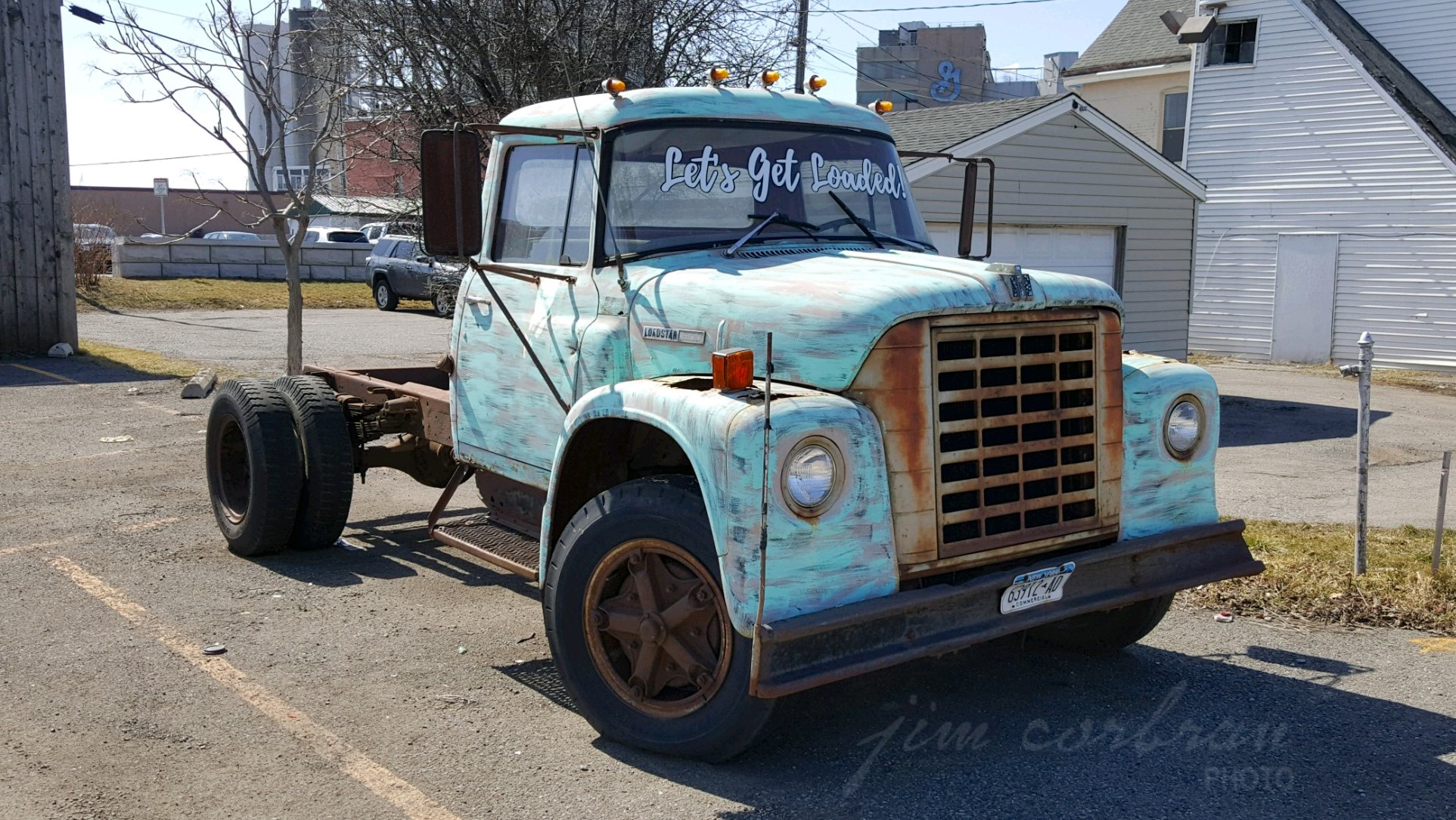 According to an article on Wikipedia, this 1976 International Loadstar 1600 is the smallest of the medium-duty lot offered that year by the Chicago-based truck manufacturer. Also on offer were 1700, 1750, 1800, and 1850 models — the numbers corresponding to weight and load-carrying capacity. Many of us are probably more familiar with the face of these Int’l trucks as seen in the yellow example below. We saw today’s RealRide a few weeks ago as we bicycled from the Old First Ward into the Cobblestone District in downtown Buffalo. The “Let’s Get Loaded!” message scrawled across the windshield’s probably sending different messages to different readers. (The truck is sitting in front of the Loaded Lumber Creative Studio on South Park Avenue.) 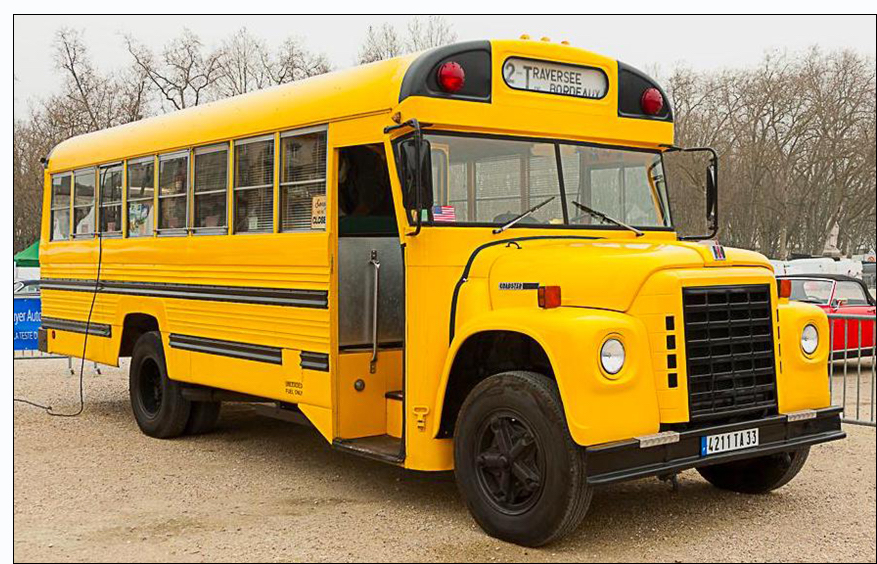