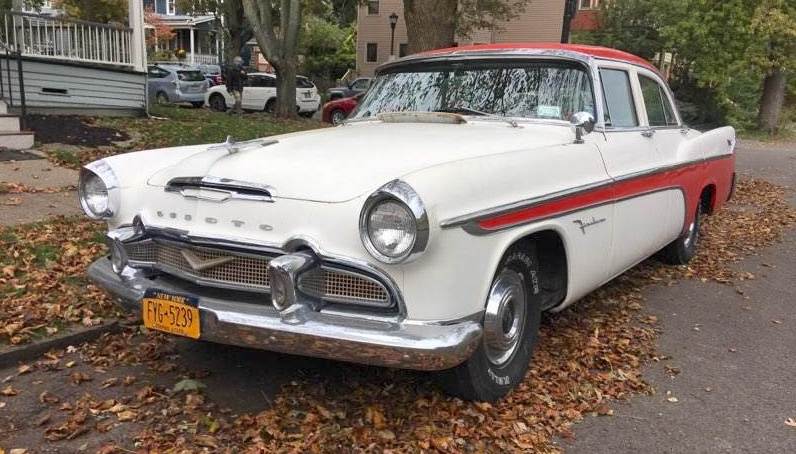 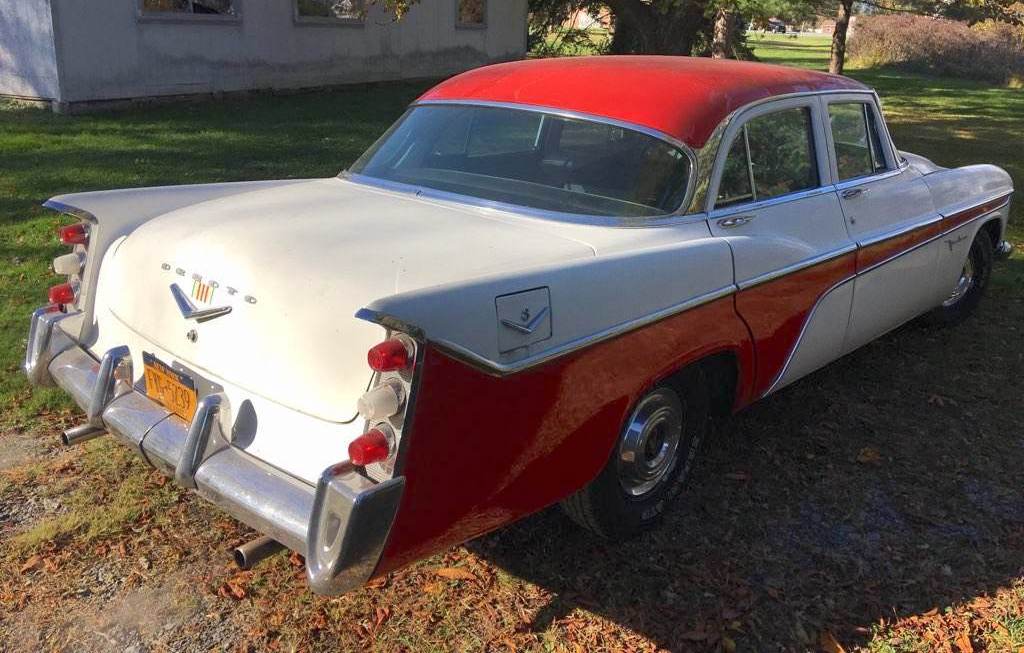 Regular readers of this space will recognize the name Joseph Galvin, as quite a number of his cars have been featured here as RealRides. This 1956 DeSoto Firedome is one of his latest acquisitions. Photographed on the West Side of Buffalo (and in West Seneca), this Firedome has something seen on (seemingly) every ’56 DeSoto — a two-tone paintjob (this one’s Crimson & White). I was surprised to see in one of that year’s brochures that they featured a monotone Firedome (in Crimson), seen below; I saw nary a one in a Yahoo images search, and a mere two on Google (one black and one white — no surprise). Lookin’ good, Joe!