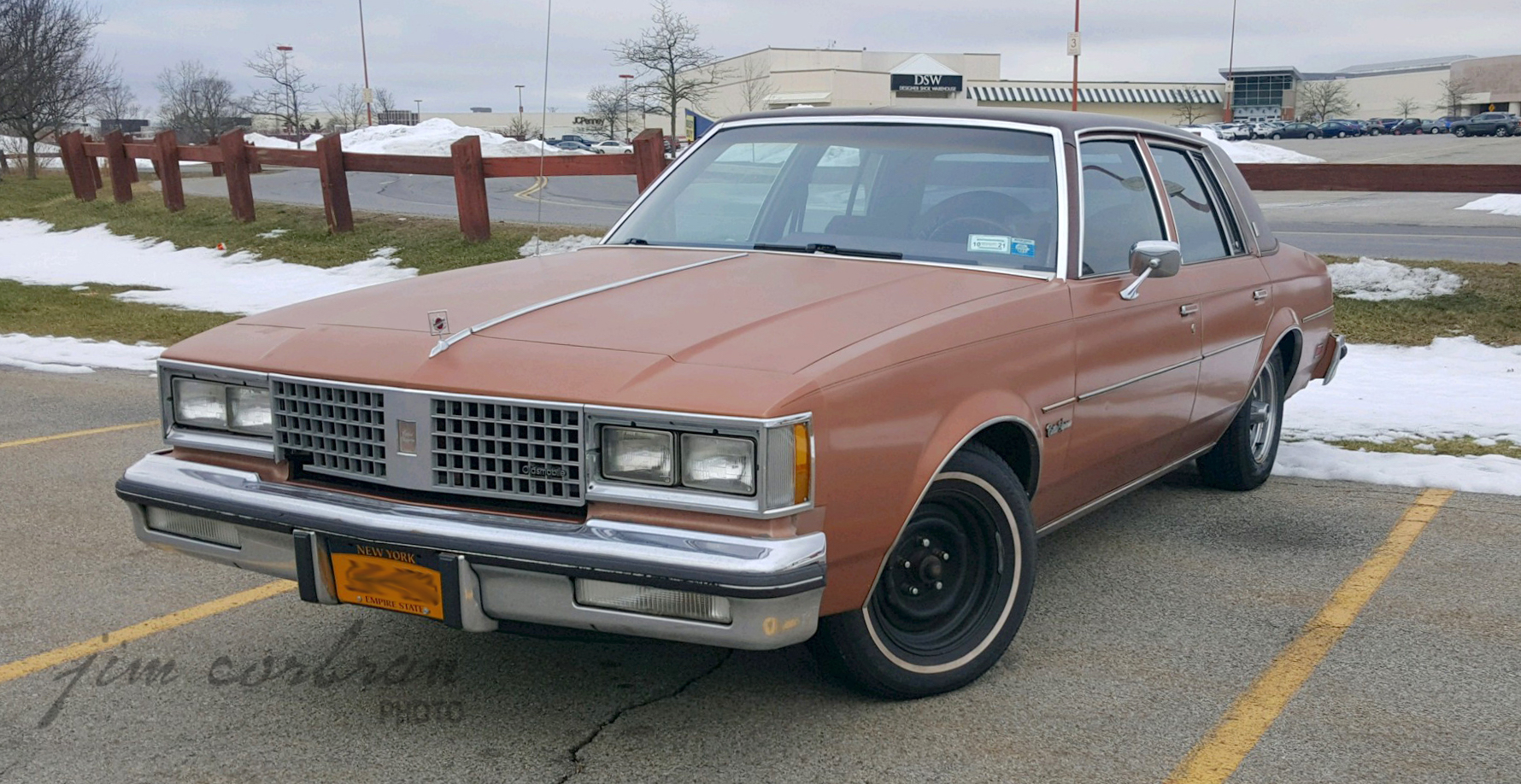 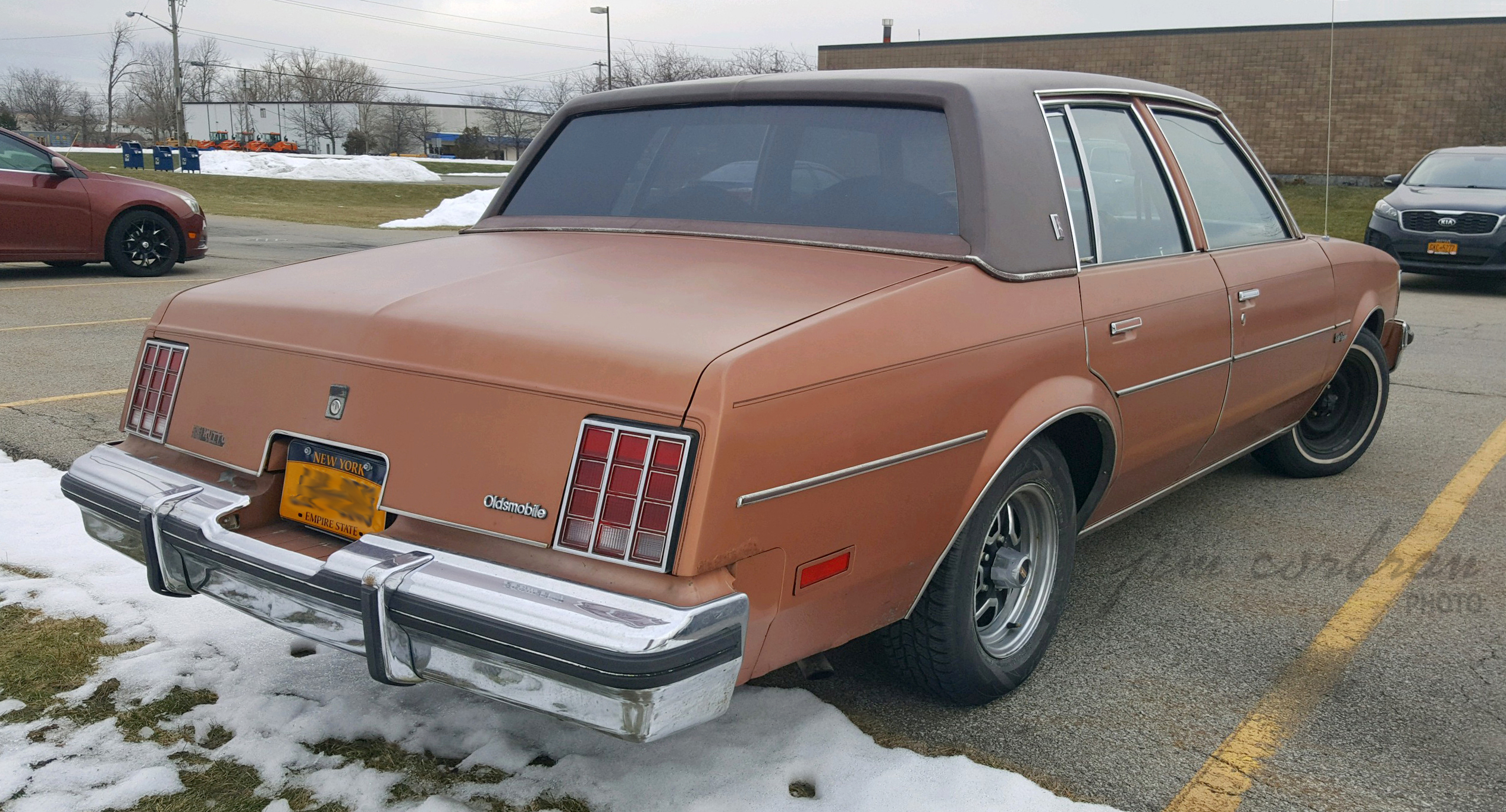 From the front this 1982 Oldsmobile Cutlass Supreme looks very much like a full-sized Olds Delta 88 (see bottom of page). In a Canadian sales folder, Olds described the ’82 Cutlass Supreme as having “Classic styling in a total-value car.” It also went on to mention how “Over the past seven years, more new car buyers in North America have chosen Cutlass than any other car!” It’s unusual these days to see a preserved four-door Cutlass from this era. We found this one over the winter in a Cheektowaga parking lot.