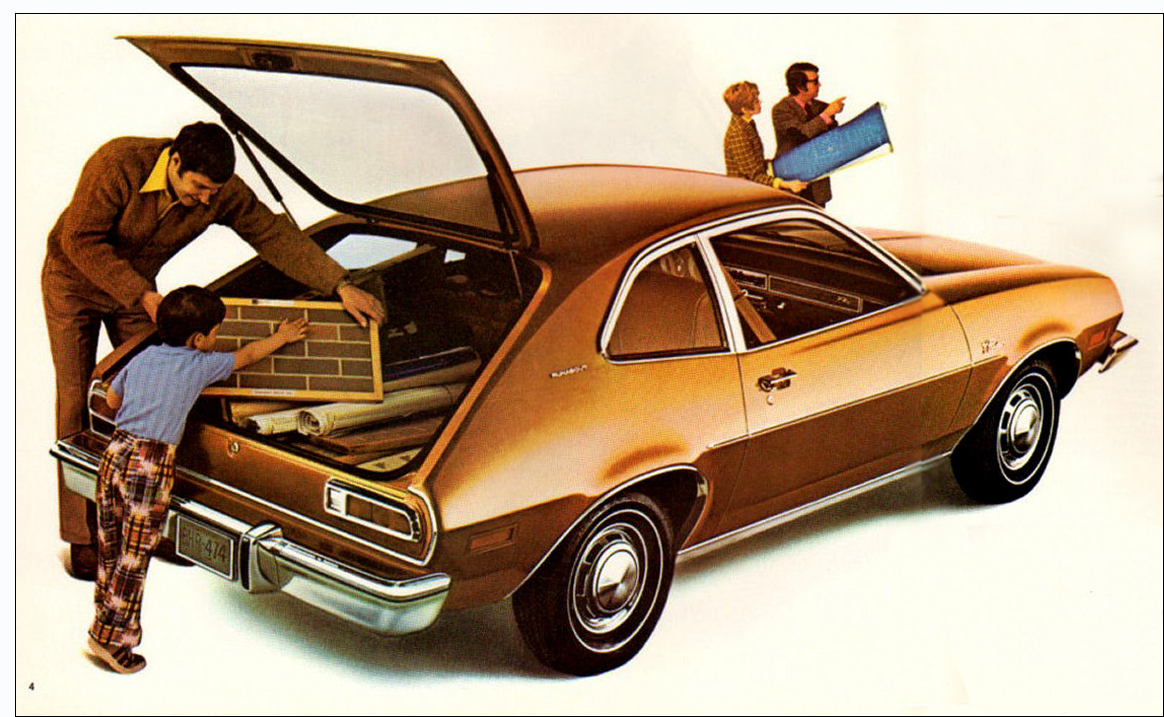 The photo may not be great, but it’s the only one I have of my very first brand new car — a 1974 Ford Pinto Runabout. The Ginger Glow Metallic hatchback was special-ordered from Leo Martin Ford in Holland, with the 2300cc engine, four-speed manual, steel-belted Firestone 500 radial tires (!), am/fm stereo, accent group, bodyside moldings, and handling suspension — and all the while checking with the salesman as we went down the option list trying to keep the price below three grand! The photo was taken on a rainy day in 1975 in the driveway of the Wanakah Country Club in Hamburg