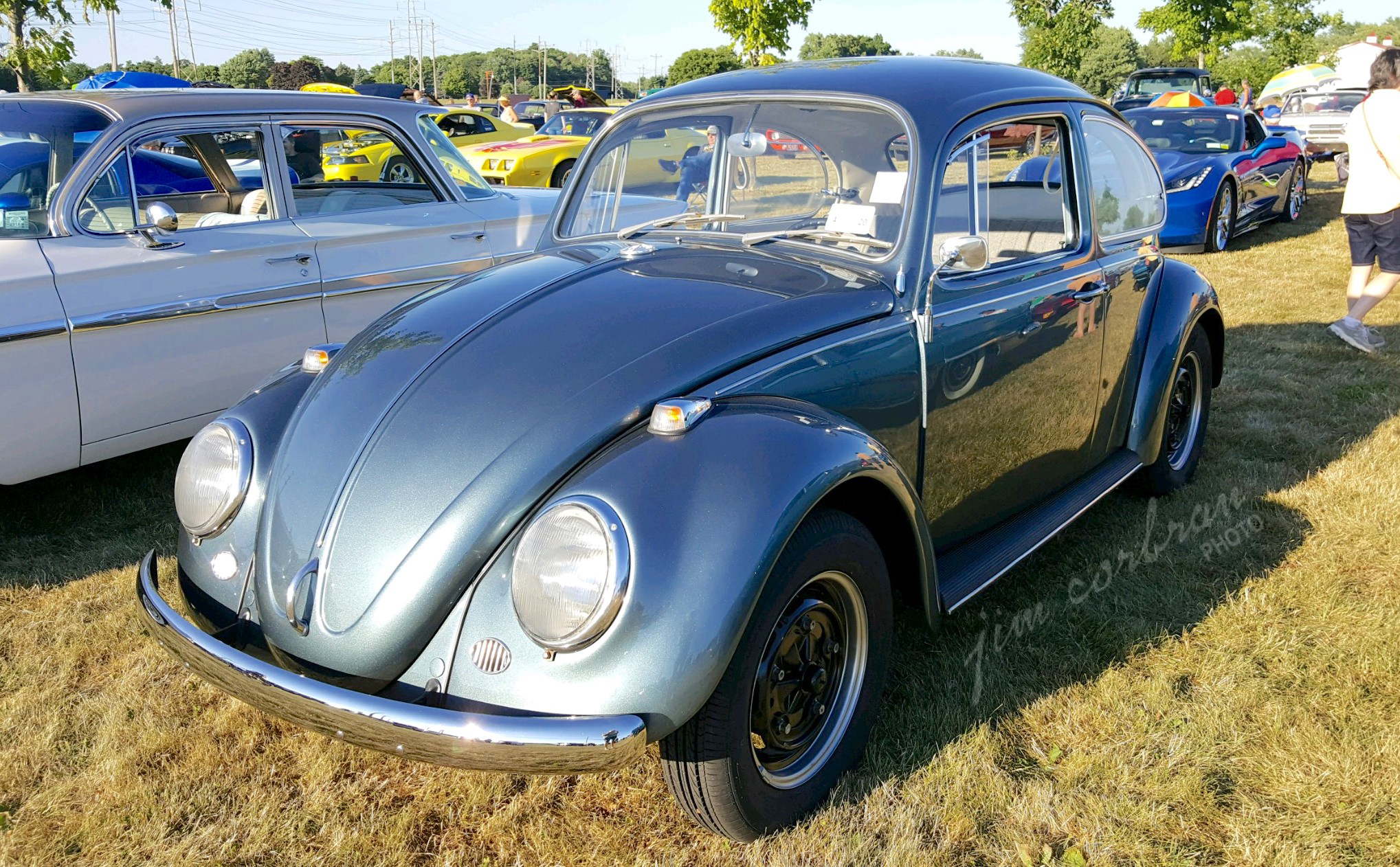 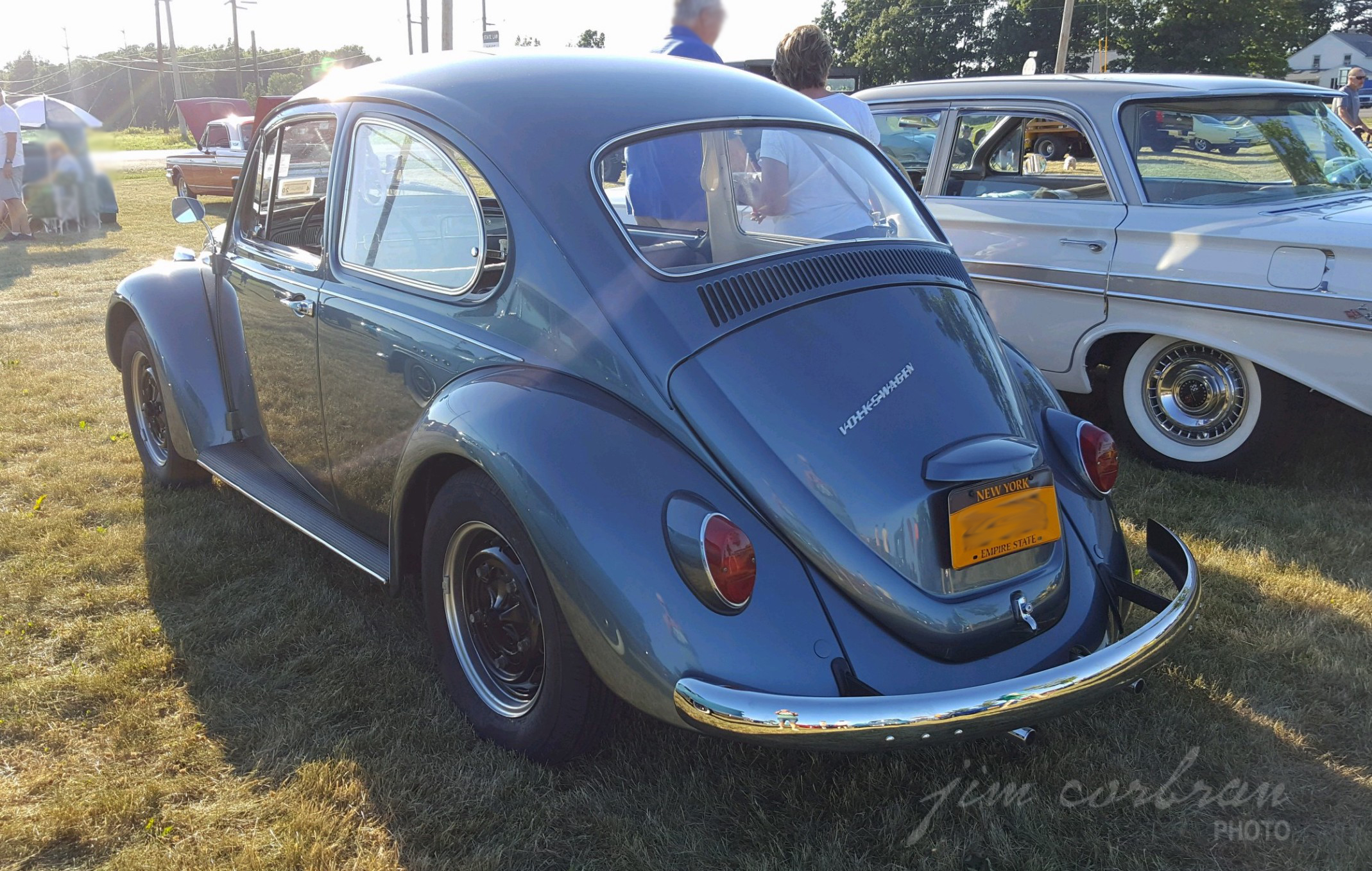 Volkswagen used to pride itself on the fact that from year-to-year their cars looked pretty much the same, even though they were being constantly improved upon. When this 1967 VW 1500 hit the market, some of the changes were more apparent. A bigger engine, redesigned headlamps & taillights, up-and-down door-locking buttons, recessed inside door handles, a driver’s door arm rest was added, the hubcaps were flattened some, and changed rear bumper & decklid were most noticeable*. This one, seen two summers ago in Sanborn at a weekly Hoover’s Restaurant cruise-in, is also equipped with a reminder of the Cold War-era in which it was produced — “Made In West Germany” is etched into the lower corner of the windshield (bottom photo).

(*some of the new-for-1967 changes mentioned here aren’t evident on this car, even though the window sticker has it registered as a 1967. Perhaps it’s not a North America model, or perhaps the owner has made changes.) 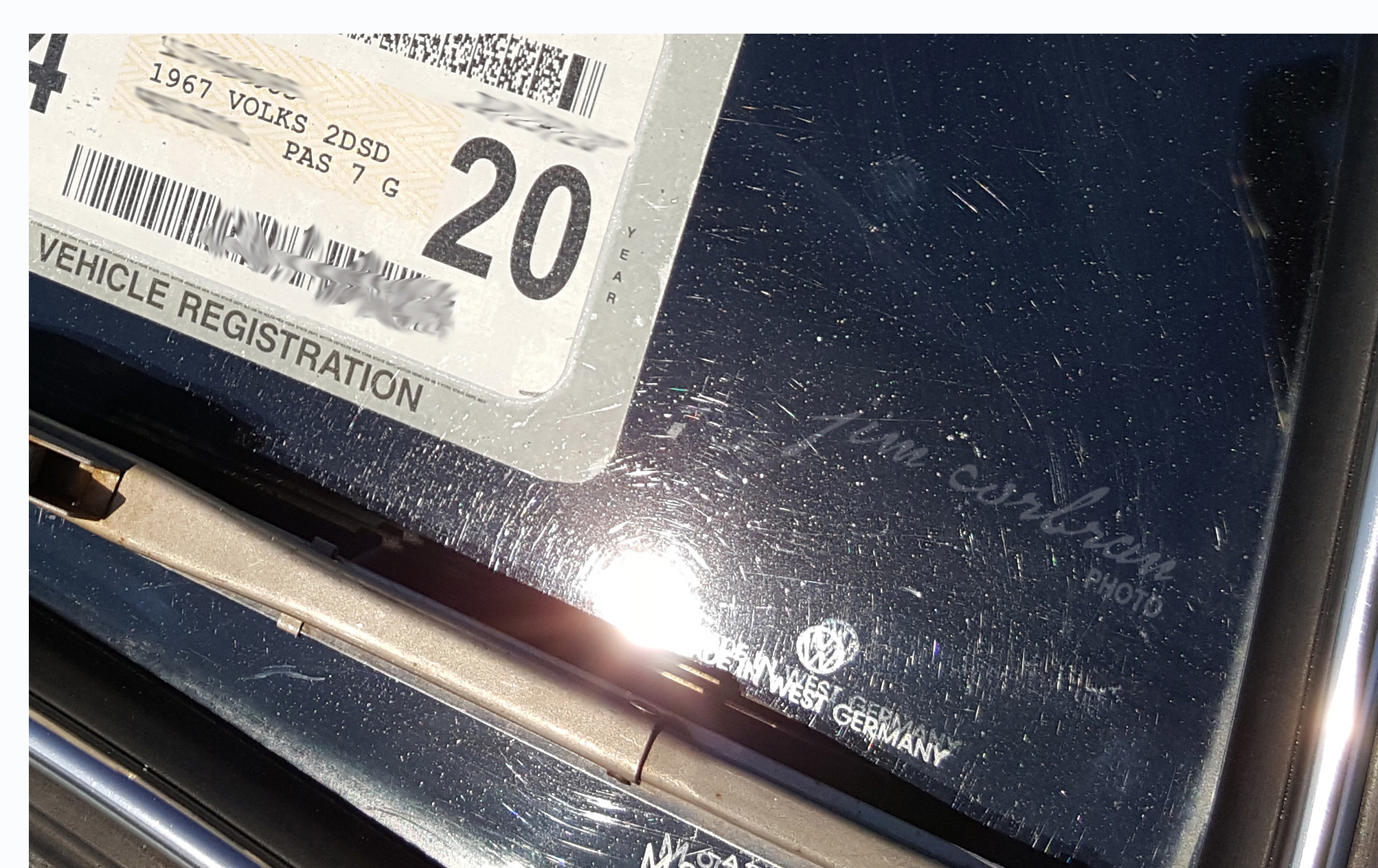