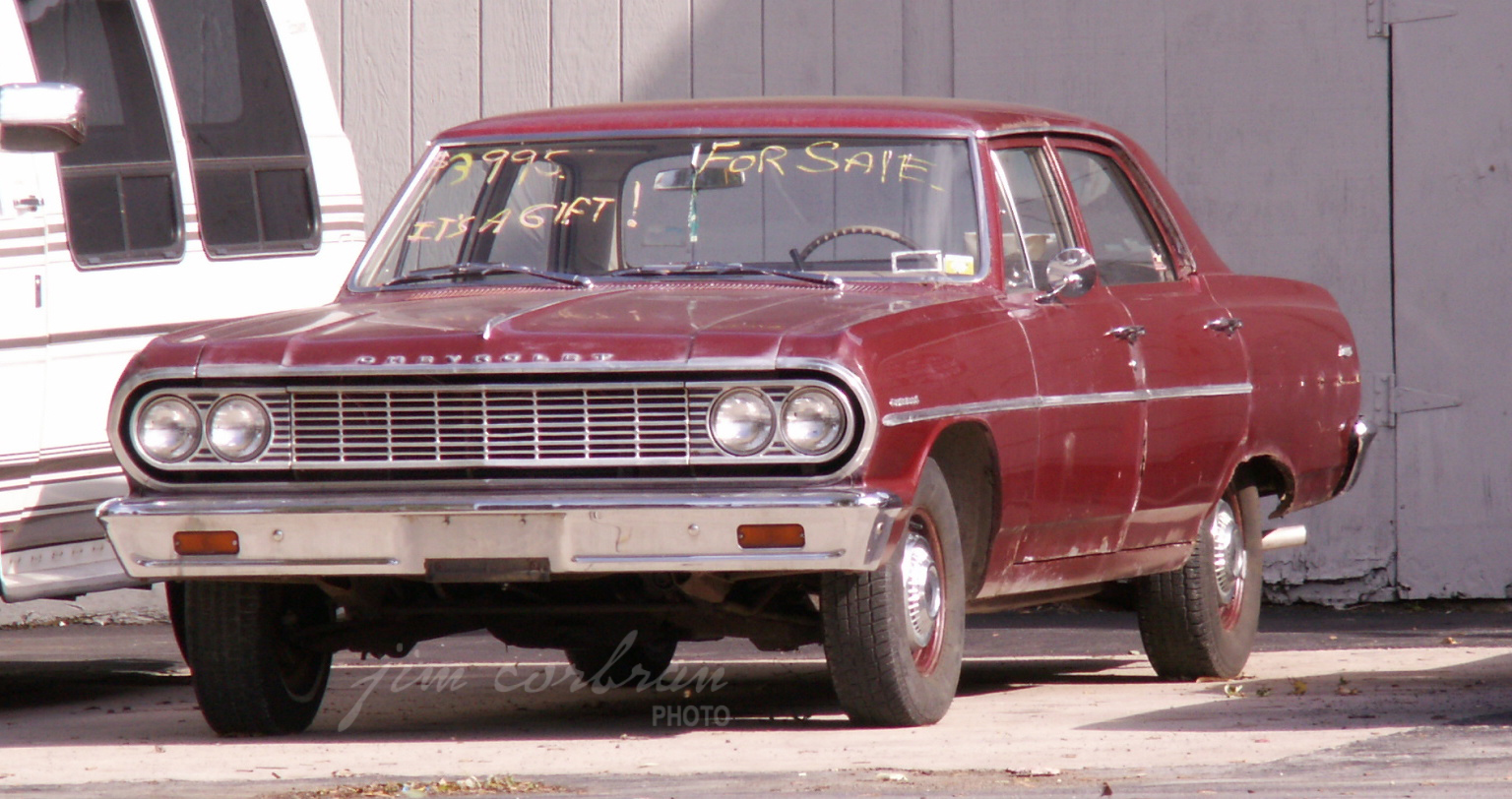 Remember when you could buy a simple family sedan like this 1964 Chevy Chevelle 300? It was basic transportation in the new mid-size segment (a group of cars which were very much the same size as what would have been considered full-size ten years prior). They weren’t all-out strippers though. The brochure reminded us that the 300 came with: “Armrests front and rear plus two handy ash trays. Color-keyed steering wheel with horn ring. Foam-cushioned front seat, automatic cigarette lighter and key-locking glove compartment.” Standard power was a 194cid straight six mated to a three-on-the-tree manual transmission. Engine options went up to a 327 V8. We saw this one back in 2012 in the Village of Wilson. (Ironically, the day I wrote this I passed by the same location, and there's a different 1964 Chevelle parked there. We'll be featuring it later this month.)