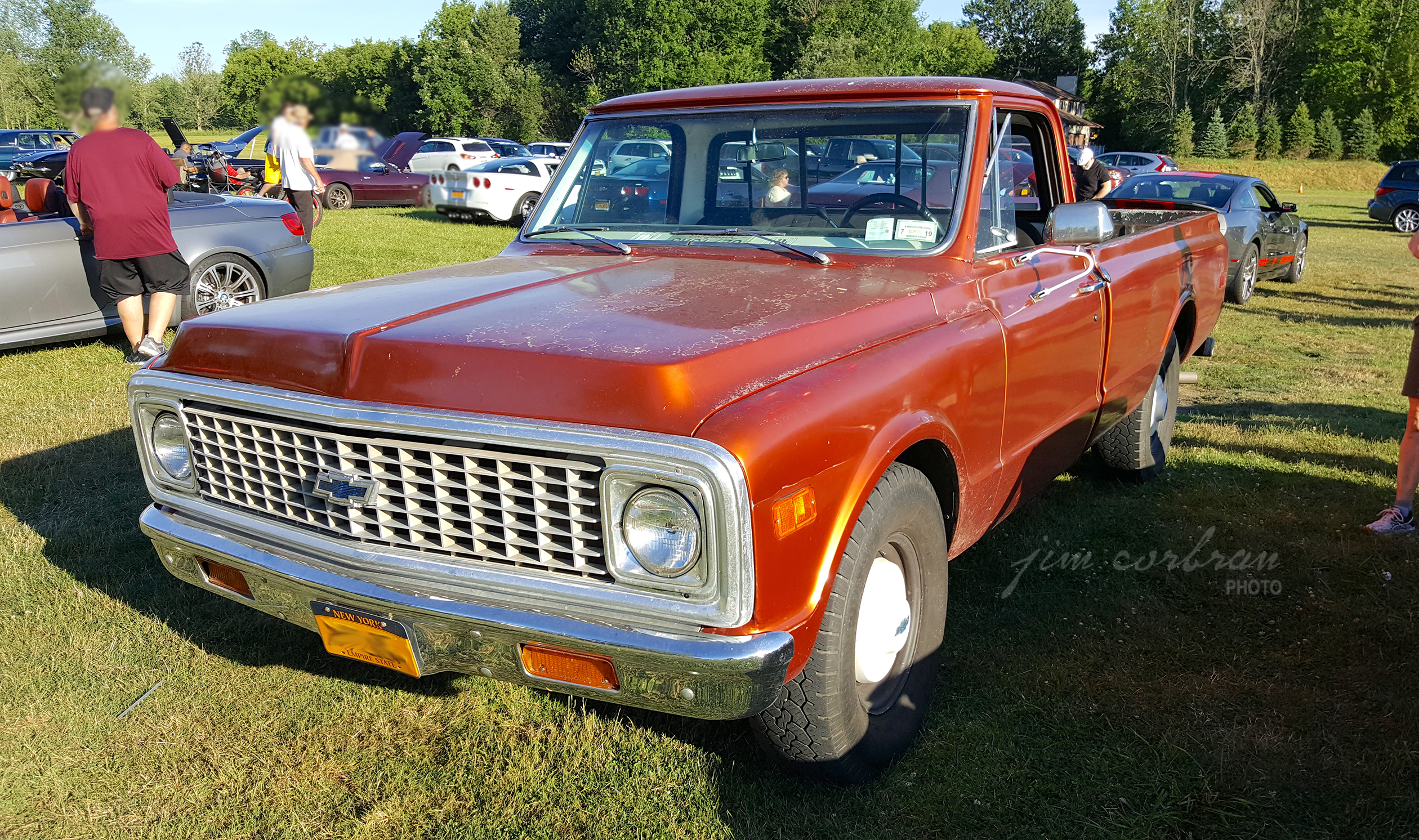 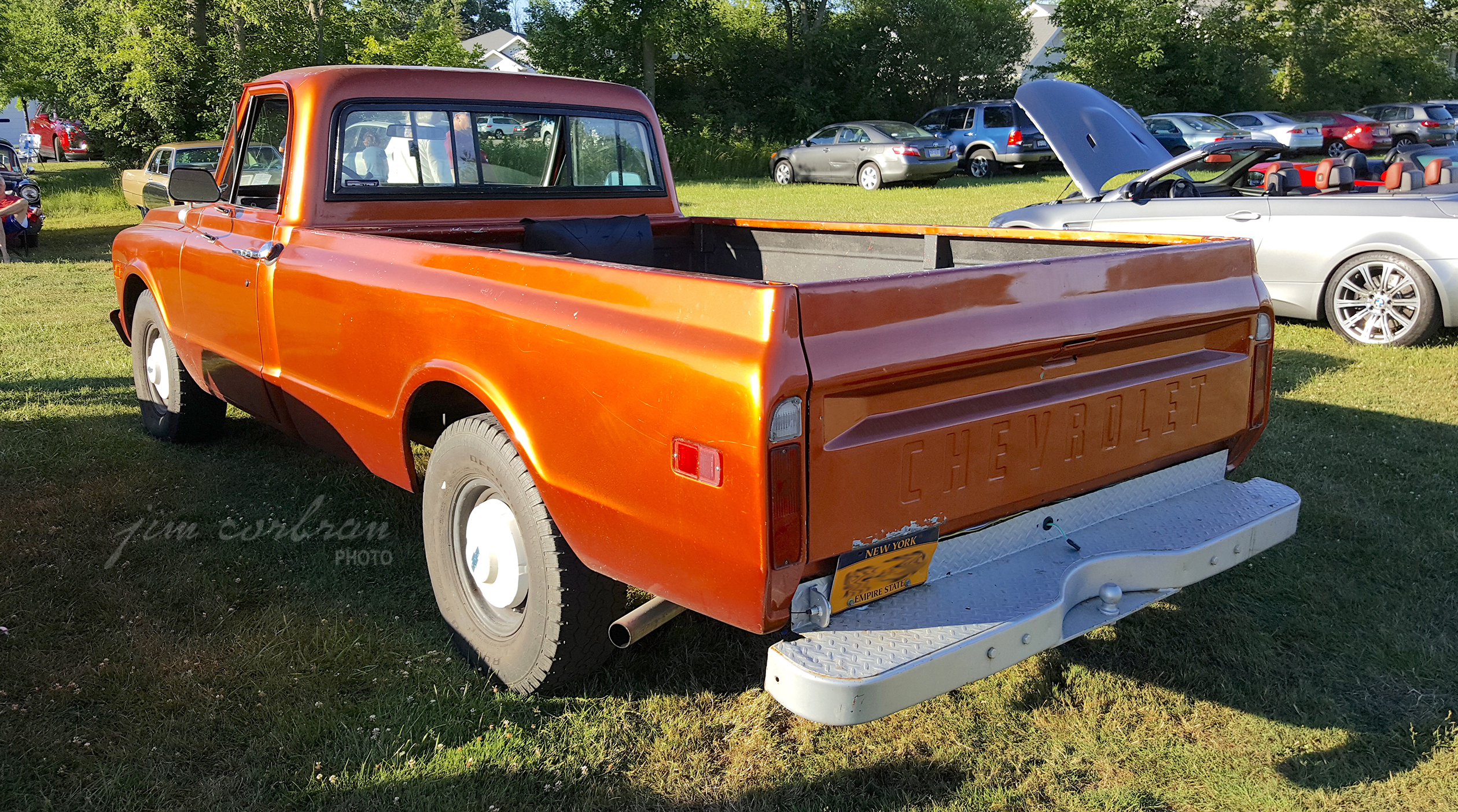 The beefiness of this 1971 Chevy Fleetside would lead me to believe it’s a ¾-tonner, even though its fender badging seems to have gone AWOL. The Fleetside’s bed was double-walled, which Chevy told us “…gives you a truck within a truck.” They were also touting its independent front suspension which, looking at the bottom photos here, was certainly different from Ford’s Twin I-Beam set-up, but for the life of me I couldn’t say which (if either) is better. Saw this bronze example a couple of summers ago at a weekly cruise night at Pautler’s Drive-In in East Amherst. 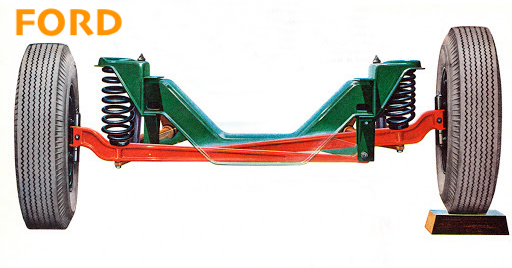